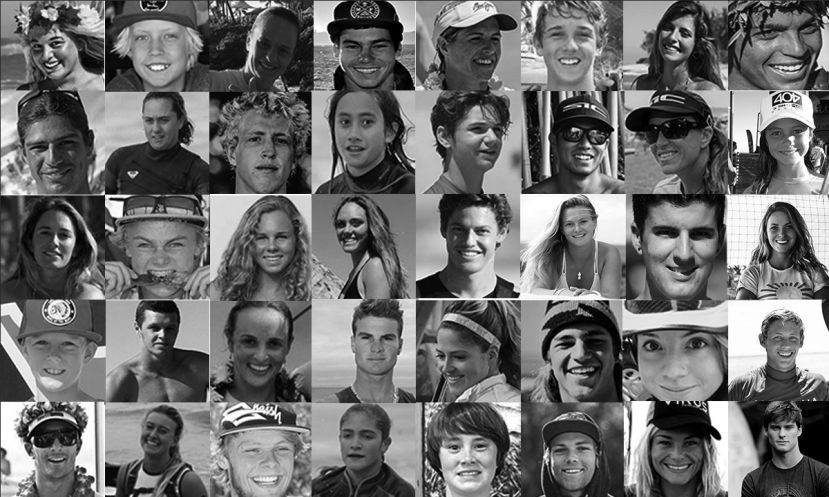 A few of the very talented pool of nominees for the 2015 Supconnect Editor's Choice Awards.

SAN DIEGO, California - The 2015 Supconnect Awards in partnership with the AWSI and presented by Turtle Bay is extending the voting period for the 2015 Editor's Choice portion of their awards. The Supconnect Awards started in 2010 as a way of recognizing individuals that made exceptional contributions to the sport. As such, it’s the world’s first and original awards in the stand up paddle industry.

Unlike most awards, winners are not chosen strictly on athletic performance and results. The ultimate objective of the Supconnect Awards is to help to create positive icons for the youth in order to increase the longevity of the sport for generations to come. And what’s more, it also aims at recognizing exceptional brands, products, and shops that help raise the bar in their field, serving as blueprints of excellence for others to follow. In that light, do not expect the usual run-of-the-mill winners. Nominees and winners, at least we hope, capture the all-inclusive culture of the sport, with friendly smiles and awe-inspiring stories and, yes, performances. See the full criteria below:

Learn more about the History of the Supconnect Awards here.

Originally, the voting was due to come to a close on July 31, 2015 but Supconnect has decided to extend the voting period throughout the month of August and allow for the athletes and fans alike to continue to vote for their favorite ambassadors of the sport. The official closing date of the Supconnect Editor's Choice Awards will now be August 30, 2015. Voting has been extended for the following categories in the Supconnect Editor's Choice Awards:

Congrats to all who have been nominated in the Supconnect Editor's Choice Awards. It was an incredibly hard time selecting only 30 or so nominees for each one of the Awards categories. The pool of talent is so vast and the location of these athletes so wide that it is nearly impossible to present a full array of the world’s top talents with a limited list of athletes. Voting now ends on August 30, 2015, so please go on and vote for your favorites!

To learn more about the 2015 Supconnect Awards, click here.