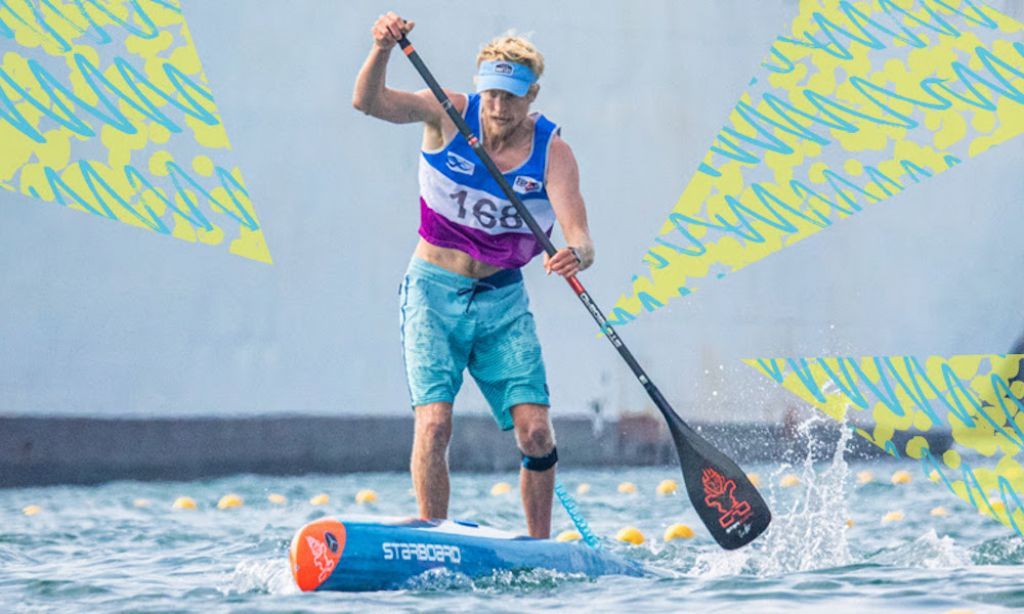 Lockdowns and quarantine have made life a misery for many people around the world, but for the sport of stand up paddling, it’s been an absolute boom. SUP board manufacturers and retailers like Starboard are reporting they are struggling to keep up with demand, as people turn to one of the fastest growing sports on the planet to while away the hours as they wait for the world to return to normal.

Buying a SUP board is one thing, but how does one actually become proficient at the sport? Well, the ICF and Starboard are giving you the chance to learn from some of the best paddlers in the world.

The ICF and Starboard have teamed up with 2019 ICF SUP world champions Connor Baxter, Sonni Honscheid and Michael Booth, multiple world title holder Fiona Wylde, and 1984 Olympic gold medalist and SUP master coach, Larry Cain, for a series of free webinars offering participants a rare insight into what it takes to be the best in the world.

The panelists will demonstrate the skills and tricks which can be used by stand up paddlers from any level – from absolute beginners to those who are planning to compete at one of the many ICF SUP events scheduled for 2021, including the world championships in Hungary in June.

“Of course we are not surprised by the growth in SUP during the lockdown months – it really is a very attractive pastime for those just needing to get away from things,” ICF SUP coordinator Hoichan Kwon said.

“Many of those who have taken up SUP are enjoying it so much, they want to go to the next level. At the ICF we have always been focused on growing the sport around the world, and what better way to achieve this than allow paddlers to tap into the expertise of the best in the world.

“Michael, Sonni, Connor, Fiona and Larry are SUP legends. What they don’t know about the sport, isn’t worth knowing. What a fantastic opportunity to watch and learn from these world champions, and to ask them questions.”

Starboard founder and Chief Innovator, Svein Rasmussen, said the webinars will play an important role in the development of SUP around the world.

“For us as paddlers and equipment developers, it’s exciting to see an ICF initiative including the key stake holders, the paddlers,” Mr Rasmussen said. “Its all about creating a future for the athletes, by the athletes, supported by an inclusive association. My dream is to see loads of local paddle boarding communities nurturing the grassroots of paddleboarding and through that engagement, build a platform for solid future Olympic participation.”

The full whatSUP program details and registration information can be found here. Fiona Wylde and Connor Baxter will present the first webinar on November 15, with Sonni Honscheid and Michael Booth on November 18, and Larry Cain on November 22.

Starboard was founded in 1994 by Svein Rasmussen. It all came from the vision of bringing innovation, quality and inspiration to the world of wind and water. Together with riders and partners around the world, Starboard and Tiki strive to be the best in the world and FOR the world.

The International Canoe Federation is the world governing body for more than ten canoeing disciplines practiced around the planet, including the Olympic disciplines of canoe sprint, canoe slalom and paracanoe. In 2021 the ICF will hold its SUP world championships in Balatonfured, Hungary, from June 18-20.