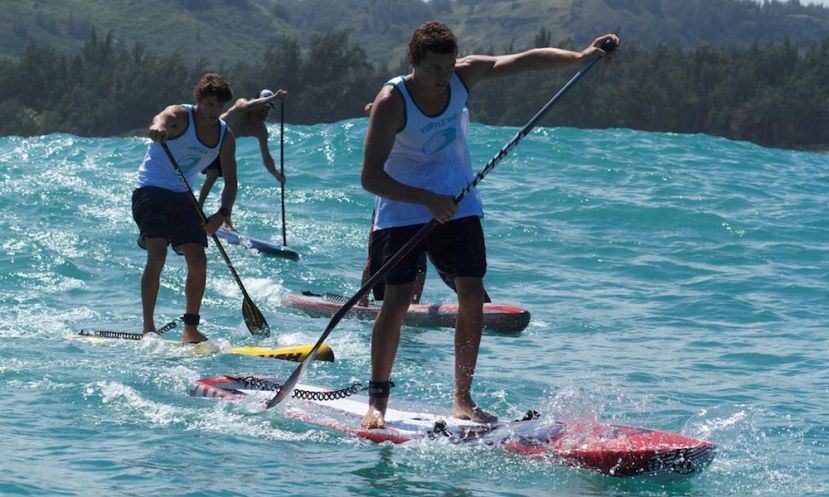 With a wealth of talent and a winter of training under their belt, the performance level from the world's best is sky rocketing as we anticipate the tightest competition yet on the 2015 Stand Up World Series. | Photo Courtesy: Waterman League

BARCELONA, Spain - With a wealth of talent and a winter of training under their belt, the performance level from the world's best is sky rocketing as we anticipate the tightest competition yet on the 2015 Stand Up World Series.

There is no doubt that the 2014 World Champion Connor Baxter (Starboard) from Maui is on stellar form and will be the man to beat, but watch out for the return of 2x World Champion and arch rival Kai Lenny (Naish), as he will be back on the start line in Barcelona, ready for battle in the quest to take back his crown. However, it is far from a two man battle in 2015, as we see a wealth of talent stepping up to make their play for the Title this year.

Watch out for Zane Schweitzer (Starboard) in Barcelona: fresh off his win at the Sapinus Pro Tahiti in the surfing, Zane is looking fitter and more focused than ever this year, as he will have his sights set on the Racing Title this year. Another long time contender is looking primed for great things in 2015, Jake Jensen (Fanatic) from Australia, who has proved himself again and again on the World Series, but hasn't been able to post the results he has needed across the complete series. There is every chance that this powerhouse from down under will step up in 2015 and it will be his year.

Then there are the Europeans: Casper Steinfath (Naish) from Denmark, Leonard Nika (Starboard) from Italy and Eric Terrien (BIC SUP) from France, but also increasingly, Arthur Arutkin (Fanatic) from France, Titouan Puyo (Starboard) from New Caledonia and Roman Frejo (Starboard), the local favorite for Barcelona. There is no doubt that the level of talent coming out of Europe this year is mind blowing and we expect great things, especially at this first stop in Barcelona later this week.

Finally, watch out for the rising talent from outside of the HI / US / AUS / EU regions in the form of Dylan Frick (Starboard) from South Africa and Vinicius Martins from Brazil, both set to take down some giants in 2015.

The talent pool runs deep, and we look forward to witnessing stand out performances from across the whole field in 2015, with new talent rising to the top and established stars looking to consolidate. It is an incredible line up of global events this year and will without doubt be the most exciting year yet, as we kick off an all new Title Race later this week in Barcelona.

To find a SUP event near you, check out the Supconnect Events Calendar.

The women battle it out at last year's SUWS Final at Turtle Bay on Oahu. | Photo Courtesy: Waterman League

We wait to see if we will see 2014 World Champion Lina Augaitis (SIC Maui) and 2x World Champion Annabel Anderson (SUP Think Tank) on the start line in Barcelona, but watch out for Angela Jackson, who was so close to a title in 2014 and will be back for redemption this year, as she will be looking to make a statement. Meanwhile, the American Candice Appleby (FCS) has been on a major role this past year and will be looking to consolidate this year on the World Series to take the Title in 2015.

The European talent, as with the men, is developing fast, as we see the likes of Sonni Honscheid (SIC Maui), Celine Guesdon and Olivia Piana stepping up, especially as we look ahead to this first stop of the World Series in Barcelona. And then there are the young guns such as Fiona Wylde (Starboard, Werner Paddles), a well rounded competitor who has proven herself over the past year across both Surfing and Racing.

Whoever comes out on top, it will be an exciting year on the World Series in 2015, as the performance level promises to shoot through the roof, and the women step up to be counted. In addition, an increased prize-purse for the women this year will further incentivize the World's best in their quest for a World Title. 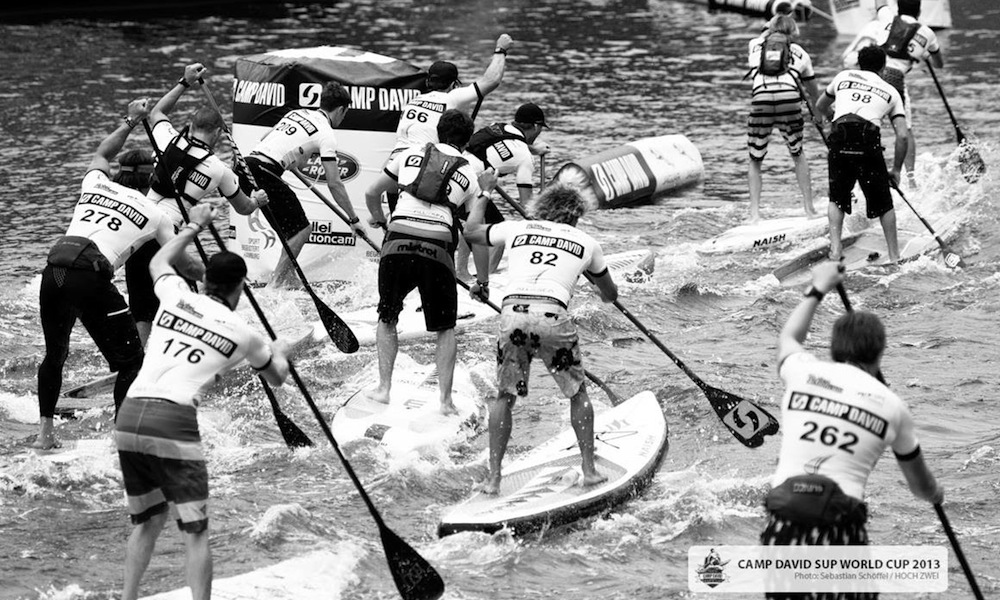 It is not all about the Elite Racers this year though, as the Open fleet expands and youth competition becomes a major focus in 2015

While the Stand Up World Series does provide the professional platform for the World's best, our 2015 event line up will provide an equally exciting and dynamic platform for Open and pro-am athletes looking to make their presence felt at the prestigious global stops on the Series. Barcelona will set the standard later this week, as 14' and 12' and under Open Class divisions and varying course lengths will allow the opportunity for everyone to participate and be involved in this prestigious World Series Opener in Europe.

In addition, the Na Kama Kai Youth program and Races will expand considerably in 2015, with unique awards and dynamic race courses providing U16 and U14 racers with the opportunity to showcase their skill as the future generation of racing talent. More information to follow on this as we look towards a unique Series Title in 2015 and beyond.

This will be uniform across the whole World Series and European Cup Races in 2015, as grass roots to Pro athletes will be welcomed for gatherings like no other.

Stay tuned for more info on the SUWS opener in Barcelona by heading to www.watermanleague.com.

A reminder of World Tour & Series Schedules for 2015

For more news on the Stand Up World Series, click here. 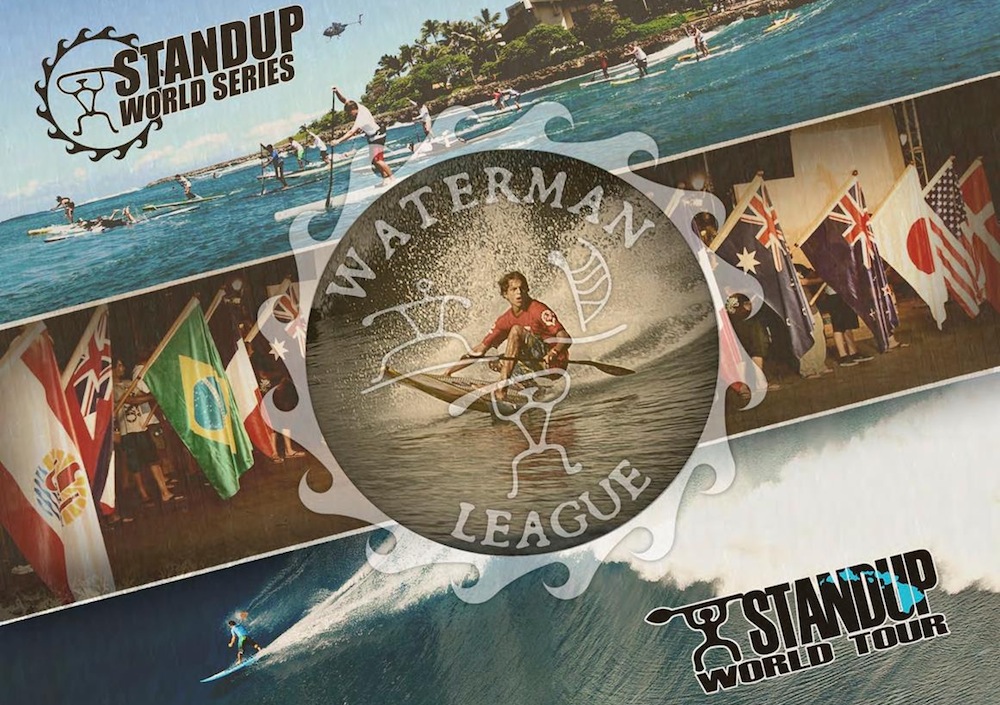 More in this category: « Barcelona To Open 2015 Stand Up World Series and Kick Off the European Cup SUP Documentary 'Standing On Water' Trailer Released »