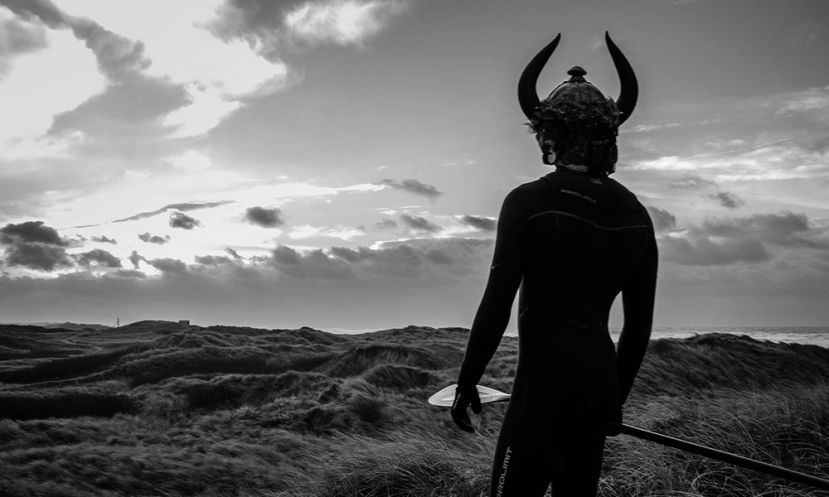 DENMARK, Europe - Standing on Water, a surf documentary following the life and rise of top-ranked stand up paddler Casper Steinfath, has just released the full-length trailer to the upcoming 65-minute film.

Casper Steinfath grew up traveling the world with his mum, dad, and younger brother. He was always on a beach somewhere, playing by the waterside and tandem-surfing with his dad. However, as a child Casper developed a phobia of water, especially of his head being submerged. When the family settled down they chose a small fishing village in the north of Denmark called Klitmøller, not suspecting that this isolated community so close to the sea ironically held an even greater fear - parents refused to let their children play in the untamed power of the Nordic sea, in case the waters would claim them.

Now, at 21 years of age, Casper Steinfath has become the only Danish professional stand up paddle surfer and waterman, a 2-time ISA SUP world champion, traveling nine months of the year and surfing for a living. Follow Casper's journey from taking the first steps in his childhood, through youth and adulthood on to a professional career in surfing. Standing On Water is a film about overcoming your fears and following your passion. A story of strong family bonds and the birth of a Danish surf community, in what today is known as Cold Hawaii. Standing On Water is an ocean of events, a story of life. Watch the trailer for this incredible documentary below.

To learn more about Casper and the film, check out his Website here.

More in this category: « Who To Watch For On The 2015 Stand Up World Series Payette River Games Insider Coverage With Werner Paddles »