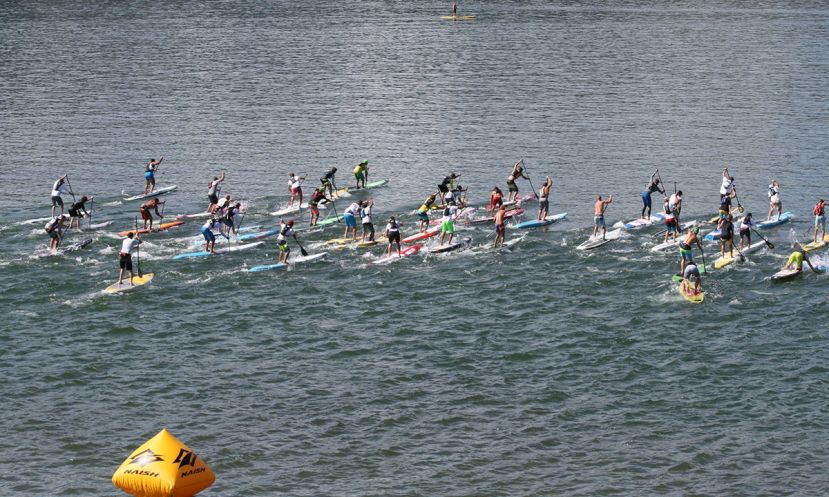 HOOD RIVER, Oregon - The 5th Annual Naish Columbia Gorge Paddle Challenge scheduled for this weekend August 22-23, 2015 will feature a weekend of exciting Stand Up Paddle Board Racing. This event will draw recreational and professional competitors from around the world including the continental U.S., Hawaii, Canada, and Australia. In addition to the racing, there will be free Stand Up Paddle Board demos and clinics put on by industry professionals as well as local food vendors, live music, vendor displays, and plenty of spectator friendly events.

The Gorge: Past and Present

The 2015 Naish Columbia Gorge Paddle Challenge is in its fifth year as major Stand Up Paddle Boarding Festival held in beautiful Hood River, Oregon. The event features a weekend of exciting Stand Up Paddle Board racing drawing recreational and professional competitors from throughout the US, Canada, Hawaii, Australia and more. In addition to the racing, there are free demos and clinics put on by the leaders in the SUP industry. Throw in great food, fun music, equipment displays, and thousands of spectators and you have a festival! It all takes place at the Hood River Waterfront Park, a wonderful, family friendly park, with an awesome beach, a great kids play area and up close viewing of the exciting races.

In what promises to be the largest and most exciting Naish Columbia Gorge Paddle Challenge yet, the event was recently named as one of the world’s five biggest SUP races of the year. This recognition is guaranteed to draw an even bigger field of the sport’s best athletes!

Certainly the change that’s generating the most buzz in the SUP community is the return of our double-down downwind race. As in years past, the Open Class will still paddle the famous Viento Downwind Run, an eight mile, upriver run that tests both swell riding skills and endurance. This stretch is known for strong winds from the west, which oppose the current running from the east to create large river swells, sometimes well overhead. In it’s second year, the Elite Class competitors will compete in the new “Downwind Double Down” format, two back-to-back eight mile Viento runs! This will provide a serious test of both skills and endurance. This race is open to competitors who are skilled in downwind conditions and in excellent physical condition. Though the course record for the Viento Run is just under an hour, most experienced competitors will take up to an hour and a half for each run. The wind velocity and the current both come into play in determining the time it takes to paddle the course. As in the past, the Downwind Races are scheduled for Saturday, but the schedule is subject to change and will be adjusted as necessary to provide the best conditions for these races.

The Course Races, another highlight of the Naish Columbia Gorge Paddle Challenge, provide exciting racing for the competitors and are a favorite of the spectators, as the courses are set in close proximity to the shoreline and beach, taking the racers right into the bay at the Waterfront Park to execute a series of tight, challenging buoy turns only a few feet from the cheering crowd. This year we also have special “Groms” race for kids under 14, along with a Junior category for the older kids (under 18). 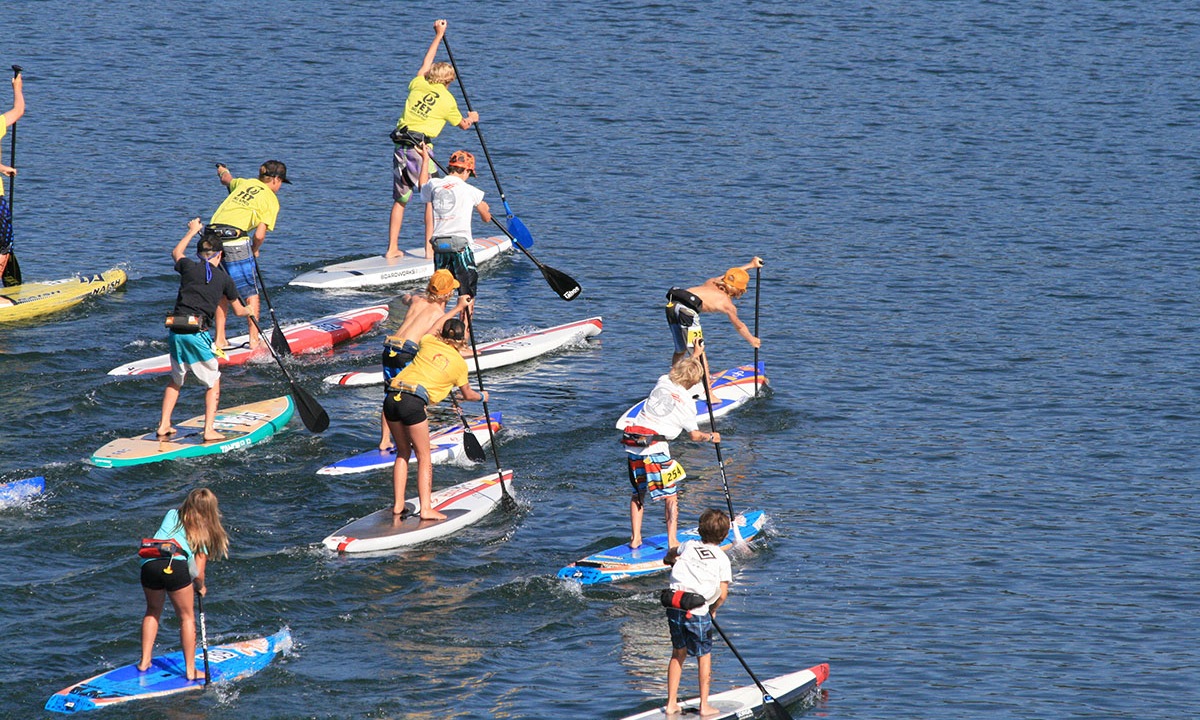 Find an event near you! Check out the Supconnect Events Calendar here.

The Naish Columbia Gorge Paddle Challenge takes place at Hood River’s Waterfront Park. The park features a crescent-shaped beach for the starting and staging areas, great stadium style viewing area for spectators, large grass area for the vendor tents, onsite restrooms, and plenty of parking. It is also a great place for children, with a play site, marimba, and climbing wall, all within walking distance to downtown Hood River. 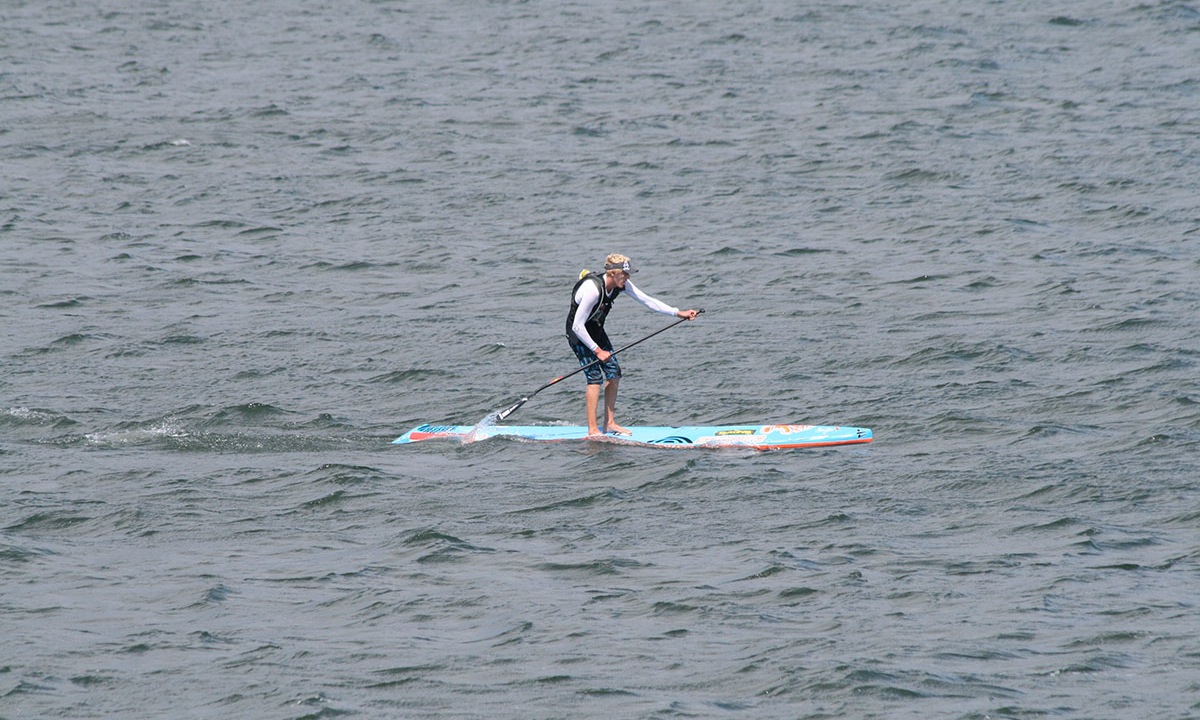 As one of the biggest races of the year, expect to see the world's best stand up paddle racers come head-to-head here at the Gorge. For the men, count on seeing seeing last year's champ Connor Baxter (Starboard) ready to defend his titles in both the Course Race and the Double-Down Downwinder race and lead the charge over what's sure to be the most stacked field since the Carolina Cup earlier this year. Then there's FCS SUP athletes Travis Grant and Danny Ching, two of the friendliest guys on land and the scariest guys to paddle against on the water. These two came in second and third place last year behind Connor in the Course race and are practically always on the podium in any race they enter. Don't count out the Tahitian Beast and SIC Maui athlete Georges Cronsteadt though, he's got that nickname for a reason and has been resting and training at home in Tahiti, so he's ready to unleash the beast and take a big win here in Hood River.

Be on the watch for Hood River local Fiona Wylde to put on a stellar performance. | Photo: Big Winds

For the ladies, look for Annabel Anderson (SUP Think Tank) to take charge as she is an insane paddler and the defending champ from both the Course the Downwind races last year. SIC Maui's Andrea Moller is also one to look for as she is a downwind expert to say the least. If the conditions provide the ideal amount of wind, Andrea could be a huge threat out here. Also, make sure to closely watch Hood River local and Starboard and Werner Paddles athlete Fiona Wylde. She's done very well here in years past and you know that she's looking to do her best in front of her hometown crowd.

This year is sure to be an epic display of action so stay tuned for a post-race recap early next week.

The Naish Columbia Gorge Paddle Challenge (CGPC) is a Festival celebrating the sport of Stand Up Paddling in the beautiful Columbia River Gorge. Last year’s Paddle Challenge featured a Distance Downwind Race, a Course Race, and a Team Relay Race. There were SUP exhibits from many companies, free SUP lessons and demos and live music.