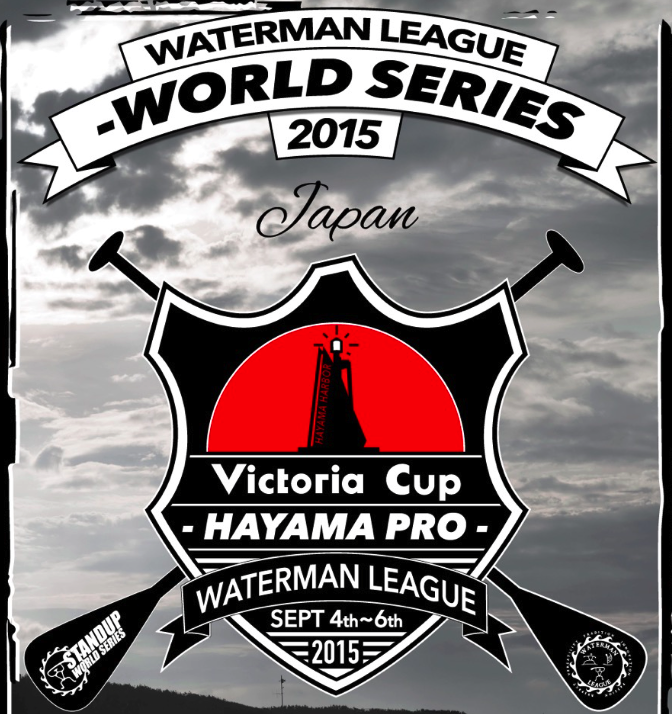 KANAGAWA, Japan - In just two weeks time, Hayama Harbor in the beautiful Prefecture of Kanagawa just outside Tokyo, will play host to the Asian stop of the 2015 Stand Up World Series. As a follow up to the inaugural World Challenger Series event held at Chigasaki in 2014 and won by Mo Freitas (Focus SUP) from Hawaii and Angela Jackson from Australia, this year's Victoria Cup Hayama Pro Japan has been upgraded to a full status World Series event and as such, will make history in 2015.

From the 4th - 6th of September, the World's best stand up paddle racers will battle it out in the land of the rising sun for $25,000 in prize-money and vital ranking points in their quest for a World Title in 2015. After a dramatic stop in the heart of Barcelona, Spain back at the end of June, tensions will be mounting to see who will come out on top in Japan. 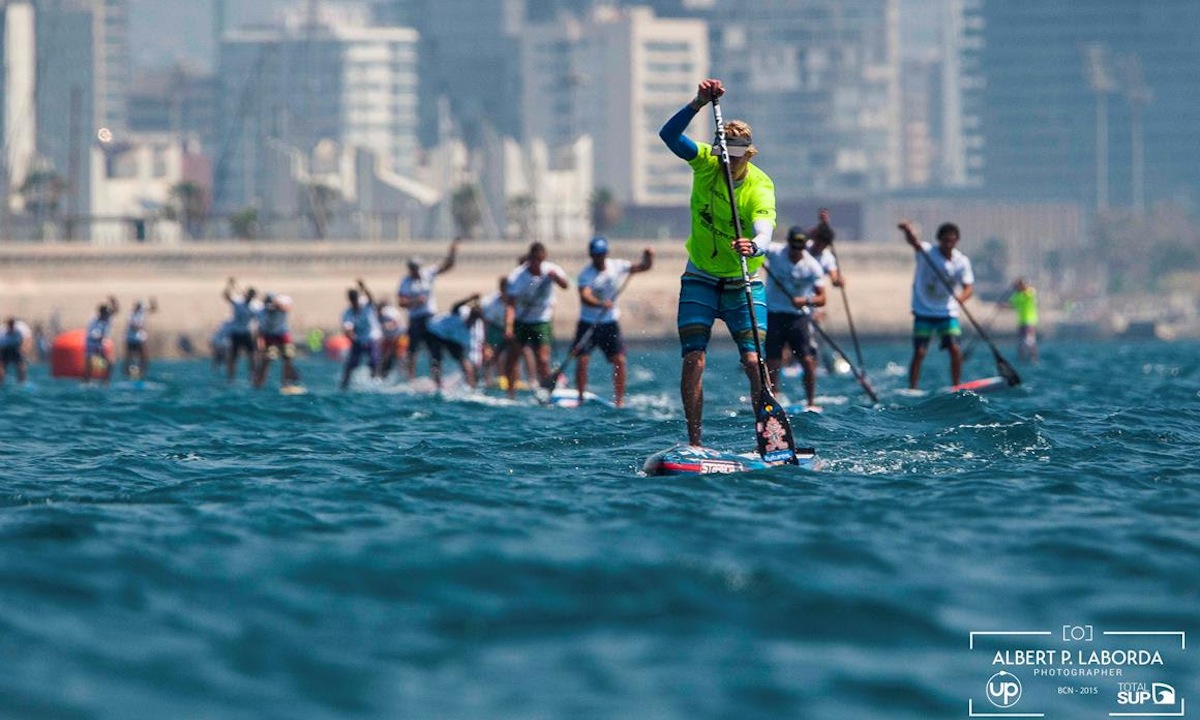 The World Title Contenders will step up to be counted in Japan. | Photo Courtesy: Waterman League

2014 World Champion Connor Baxter (Starboard) put on a dominant performance at stop number 1 in Spain, proving that he is not only hungrier than ever, but has his eyes firmly set on Title defense in 2015. However, Kai Lenny (Naish) started slow in the long distance, but came back strong in the sprints to secure 2nd overall, clearly demonstrating that he is right there and every bit capable of challenging the current World Champion for the Title.

Behind these two athletes are a whole group of serious contenders, looking to step up and be counted this year, with the arrival of such young talents as Arthur Arutkin (Fanatic) from France, who put on a stellar performance in Barcelona to secure 3rd, not to mention other serious European Contenders such as Leonard Nika (Starboard), European Cup Champion Casper Steinfath (Naish) and Eric Terrien (Bic SUP) from France.

However, watch out for the powerhouses from down under in the form of Jake Jensen (Fanatic) and Beau O'Brien (Starboard) as they are looking for a surge at this critical stage of the 2015 season, as is the young Brazilian talent, Vinnicius Martins (JP Australia), who put on a stunning performance in the long distance race in Barcelona at the end of June.

Last but not least, you can certainly not count out last year's Champion Mo Freitas (Focus SUP), who will be looking to defend his event title from last year, but also strengthen his position on the 2015 World Championship Series after what was a stellar year for him in 2014, but also Zane Schweitzer (Starboard) from Maui, who is coming off an impressive win at the final stop of the European Cup in Italy last month.

One thing is for sure, the action is going to be intense, the welcome heartfelt and the spectacle second to none - tune in to the Waterman League for the build up and highlights from the event at watermanleague.com. 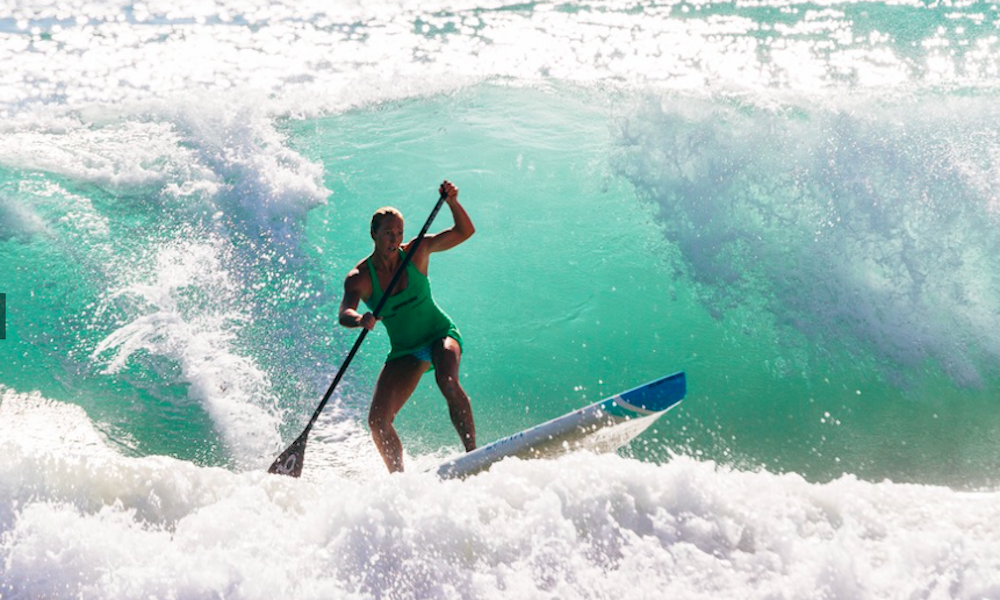 Candice Appleby has positioned herself as the girl to beat on the 2015 World Championship Series, with the target now on her back. | Photo Courtesy: Waterman League

As far as the ladies go, Candice Appleby has clearly positioned herself as the girl to beat this year on the World Series, with a dominant performance back at Stop 1 in Barcelona where she won both the long distance and sprints to take the overall win.

However, the competition is intensifying, as we will see last year's event winner Angela Jackson return to defend her Title, coming off a second place in Barcelona and feeling right at home in Japan. Behind these two girls we see the likes of Manca Notar (Naish) and Celine Guesdon (Bic SUP), who were both standouts on the European Cup, not to mention the ever impressive Fiona Wylde (Starboard), who continues to go from strength to strength, establishing herself as one of the most well rounded athletes in the sport, much like Candice.

Beyond the international Contenders, there is a major surge in local talent currently bubbling to the surface and eager to take on the world's best, as we see last year's leading lady Takayo Yokoyama from Japan ready for a rematch, accompanied by a whole host of female talent. 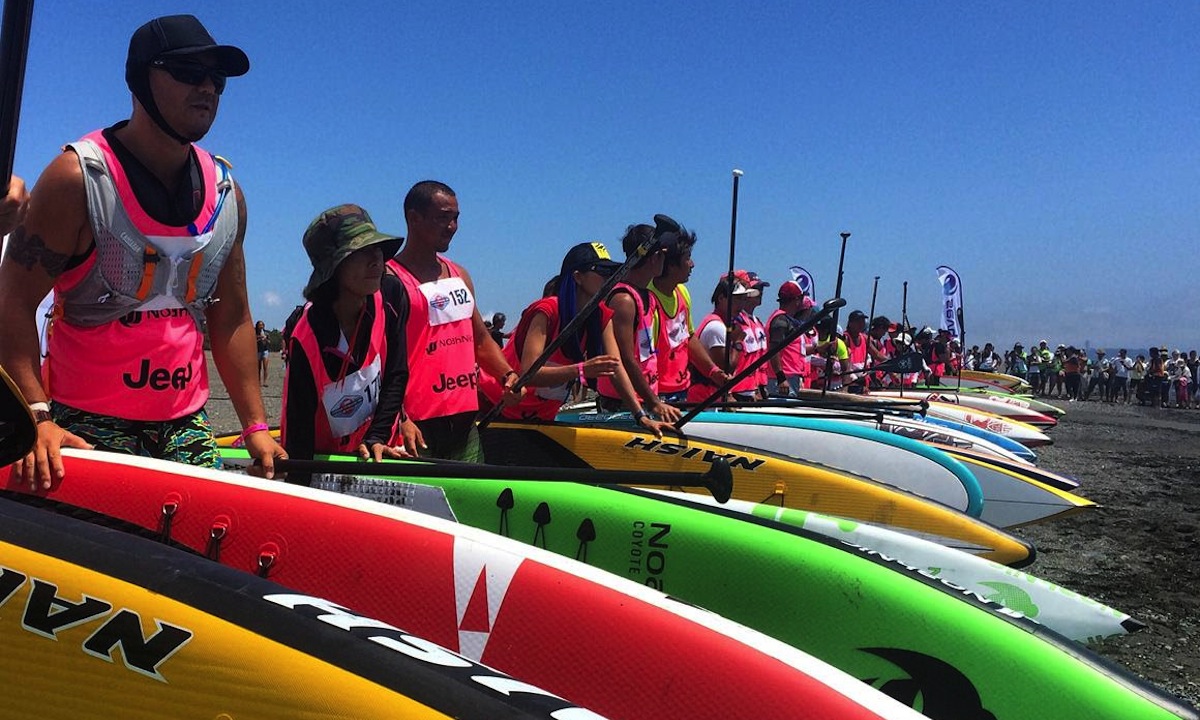 The open and youth participation will be celebrated in earnest this year at the 2015 Victoria Cup Hayama Pro, as the nature of the location and its accessibility will encourage a significant surge in participation, from young to old, as we celebrate the sport of Stand Up Paddling in Japan.

With 6km and 3km courses on offer, as well as the sprint racing format, it promises to be a full weekend of racing and fun for all at this prestigious stop on the 2015 Stand Up World Series. Stay tuned for the highlights at www.watermanleague.com

Entries are still open at hayamaprojapan.eventbrite.com 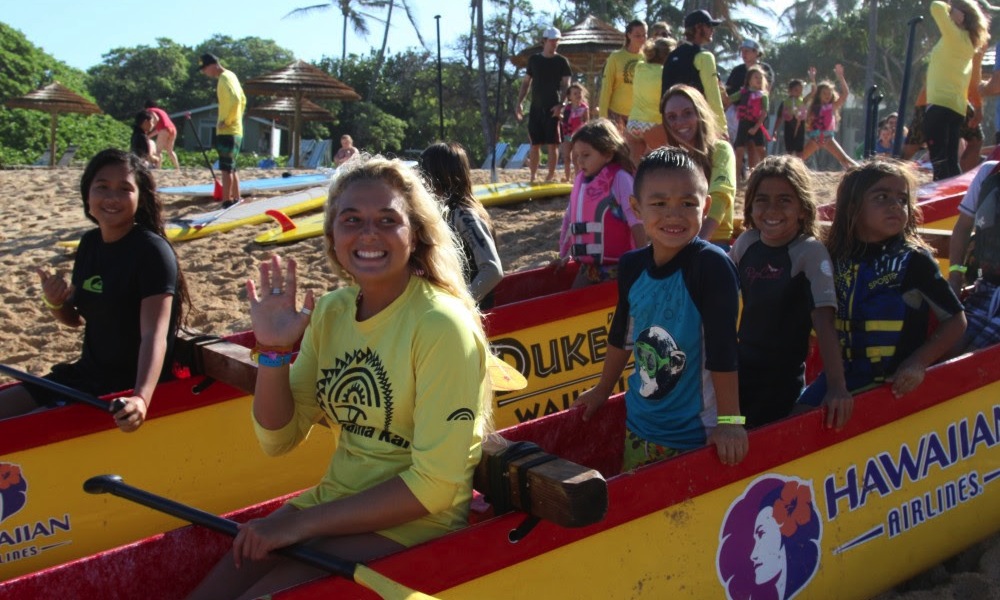 After a solid first year for Na Kama Kai in conjunction with the World Challenger Series event in Japan last year, this year's clinic brought to you by Victoria Cup will once again celebrate youth and the unrivaled accessibility that the sport of Stand Up Paddling provides. This coupled with the controlled environment that the location at Hayama Harbor provides and the support of the World's top paddlers will make this a day to remember for Japan's youth.

With the focus both on fun, but also education, the young Japanese kids will have the opportunity to paddle with the pros and learn about their environment through the unique Na Kama Kai program that was founded by Duane DeSoto. For more on Na Kama Kai, please visit www.nakamakai.org

To see more news and highlights on the Stand Up World Series, click here. Catch the preview for the 2015 Hayama Pro by watching the trailer for the event below.

More in this category: « This Weekend's Naish Columbia Gorge Paddle Challenge 2015 Expected To Be Epic The Minds Behind Starboard's Award Winning Paddle Board, The 7'4" Pro »