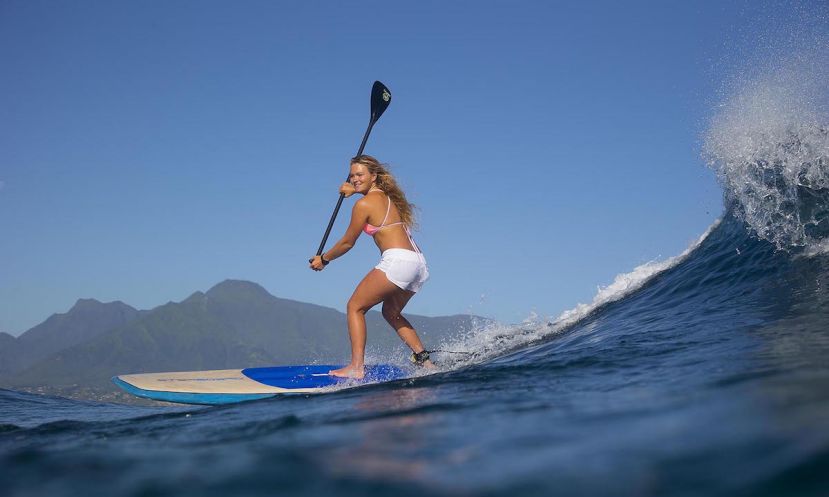 SAN DIEGO, California - Want to add in some excitement to your SUP routine and start SUP surfing? We’ve talked to some of stand up paddling’s best surfers and asked them to share their top tips for beginners. With insight from Naish’s Noa Ginella, Starboard’s Fiona Wylde and Sean Poynter, to Mo Freitas and to World Champions Caio Vaz, Kai Lenny and Izzi Gomez, these tips from the pros come with years of extensive knowledge and time on the water. See their top tips here:

1. Get the right gear

Getting the necessary and proper gear is crucial to success when SUP surfing. When watching the pro athletes you see them on pretty small boards making it look easy but don’t be fooled, it’s not! “A lot of the guys on the tour that people strive to be like right off the bat are riding tiny boards but getting to ride those smaller boards was a process,” explains Noa Ginella. “Start on something that is a bit larger, a ten-foot board is great board to start off on. Having a big board will help set yourself up for success.” 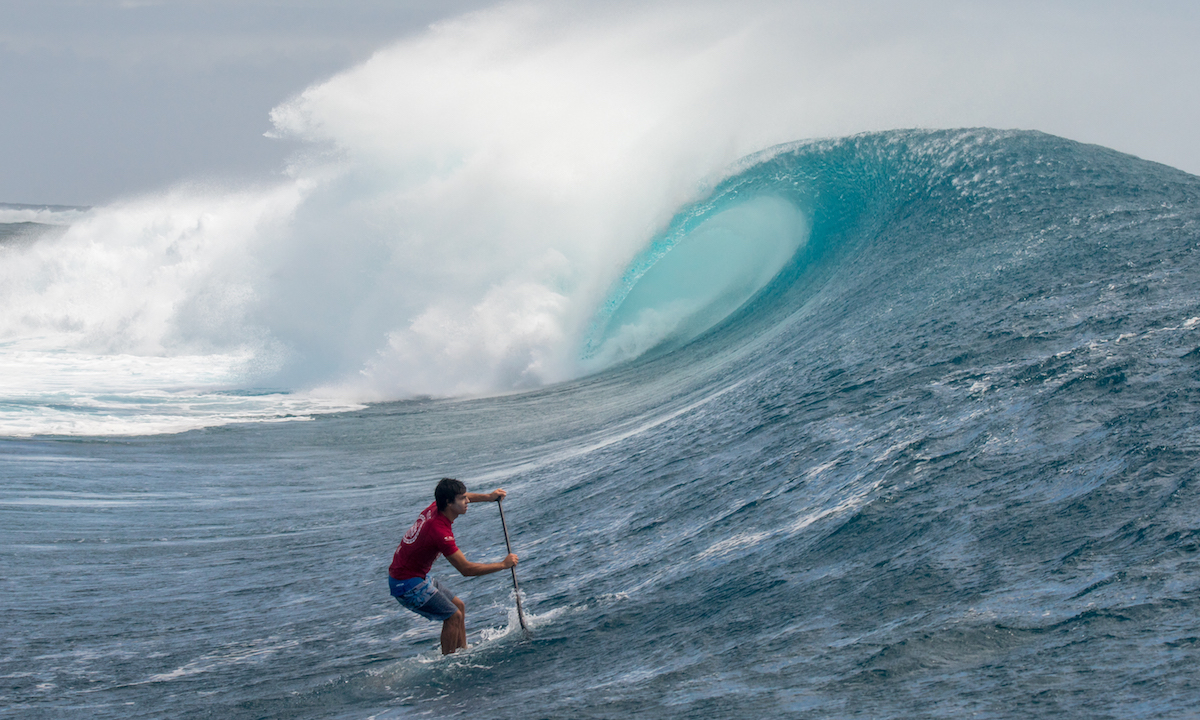 Unfortunately there is usually a negative stigma associated with stand up paddle surfing and a lot of the time stand up paddle surfers aren’t exactly welcomed with open arms in a lineup. So, a way to avoid the grunts and groans is to paddle out to an empty lineup.

“When looking for a place to paddle out, try not to pick a spot that is crowded. Look for a place that has only a few guys out and is really mellow and has mushy, soft waves.” - Caio Vaz 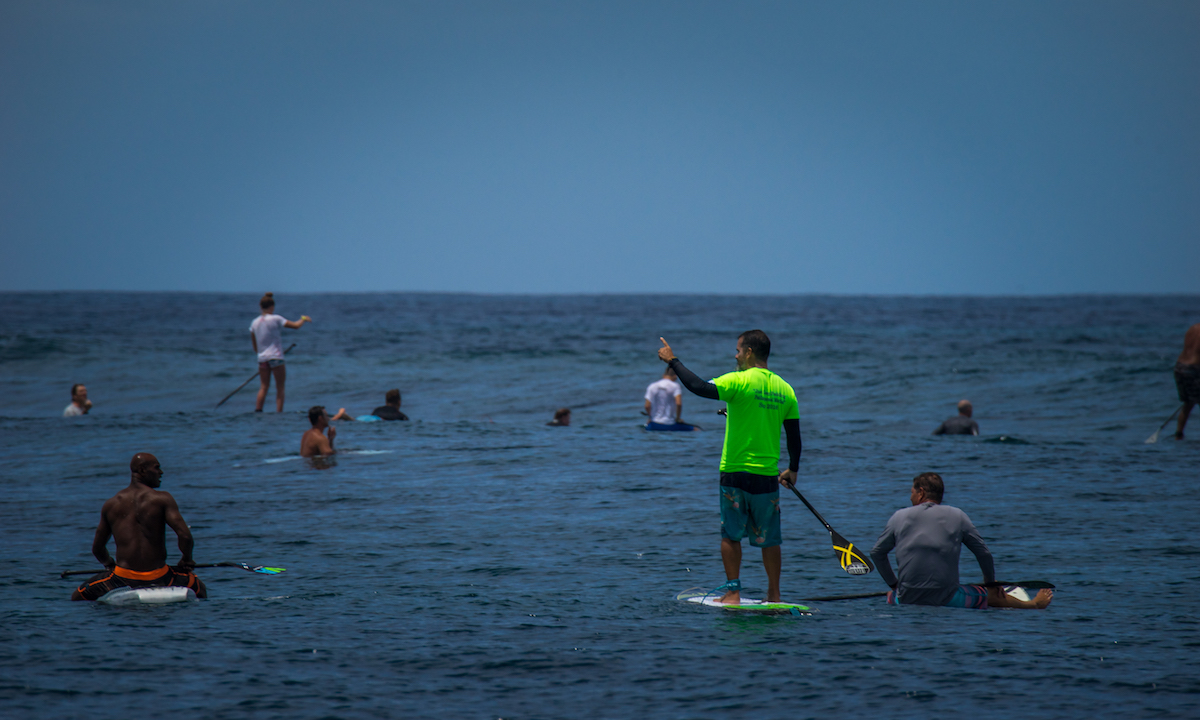 Avoid crowded lineups as much as you can! | Photo: ISA / Sean Evans

There is more to a lineup than just waves. There are currents, other surfers, and hazards beneath the surface like shallow spots and reef so it is important to learn the lineup before you paddle out in it. “Really know the place your are going to go surf before you paddle out,” says Fiona Wylde. “Ask locals, pay attention to the waves, and if it’s your first time ever, go out with someone that is more experienced than you so that they can help you because there is a lot going on in the lineup, more than just the waves, but the people and the currents, all of which are important factors before you decide to go out.”

“Whether it be with a local on the beach, someone who can alert you of any dangers or hazards in the water, it is a good idea to speak with somebody who actually knows the break that you are looking to go out into.” - Sean Poynter

No matter what you’re riding out in the lineup it’s important that you know the proper rules and etiquette when surfing with others. Don’t paddle out and immediately start catching waves. Make sure to wait your turn and show respect to the others in the water. Typically, it’s the surfer who is deeper on the wave who has the priority so if they are on the wave, don’t go. “It’s important to have respect out in the line up and be observant to those around you,” notes Noa Ginella. He continues, “just because you can go doesn’t mean you should.” 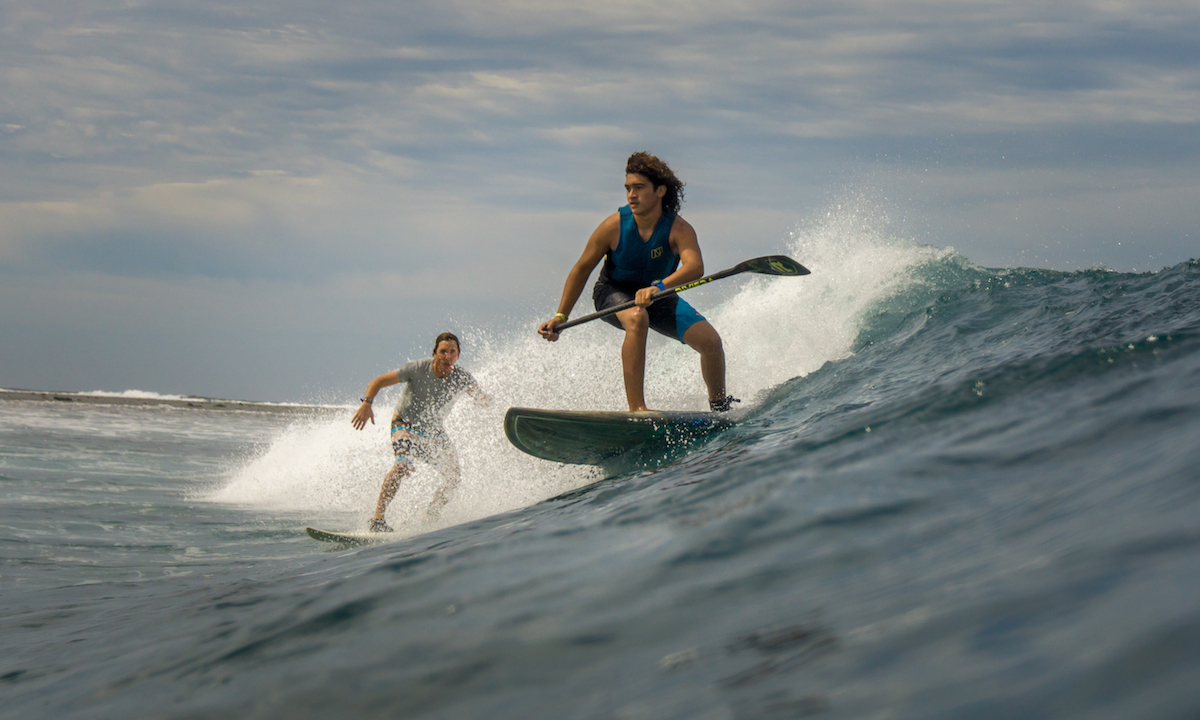 It's never a good idea to drop in on another surfer. | Photo: ISA / Sean Evans

It’s extremely important to know your limits. Know and recognize your skill level and don’t paddle out if you’re feeling uncomfortable. You don’t want to put yourself or others at risk if there is a situation that can be prevented. Izzi Gomez elaborates further saying, “know your limits and don’t get too confident when you’re first starting out because it can get dangerous at times and it’s not necessarily yourself who is a danger but the other people around you.”