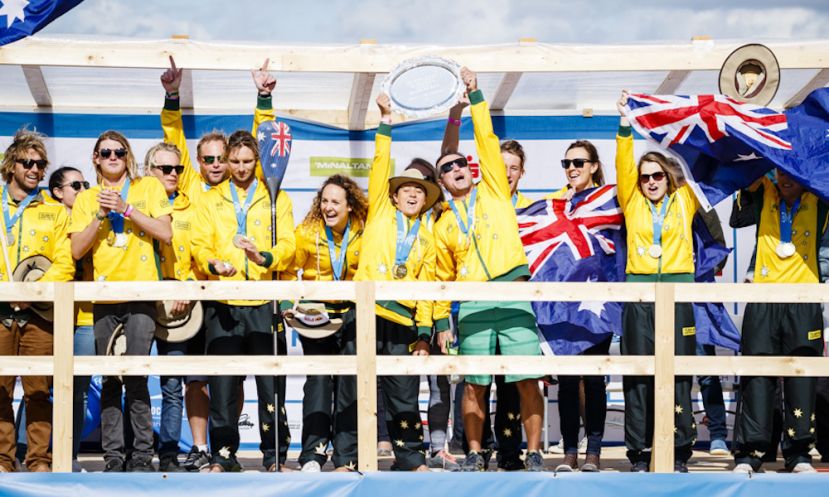 VORUPØR, Denmark - Team Australia capped off a historic week of competition in Denmark and continued their dominance in the ISA World SUP and Paddleboard Championship, edging out France and New Zealand to earn the overall Team Gold Medal. Coming into the Final day of competition in Vorupør, located on Denmark's northwest coast, Australia held the overall lead in the team points ranking. Their fate was in their hands, as a win in the Team Relay Race would cement their Gold Medal position at the top of the podium.

Team Australia jumped out to a lead in the Relay Race that only grew larger lap after lap, earning their fifth Team Gold Medal in the event's six-year history. Team Australia's quest for Gold started at the first leg of the World Championship in Copenhagen. They got off to an amazing start with dual Gold Medals in the Paddleboard Distance Race from Lachie Lansdown and Jordan Mercer.

As the event moved to the northwest coast known as 'Cold Hawaii', Team Australia briefly trailed in the overall team points ranking behind Team France, but after SUP Surfing Gold from Shakira Westdorp and Silver from Harry Maskell, a SUP Technical Race Bronze Medal from Terrene Black, and repeat Gold Medal performances from Lachie Lansdown and Jordan Mercer in the Paddleboard Technical Races, they had gained the lead and never looked back. 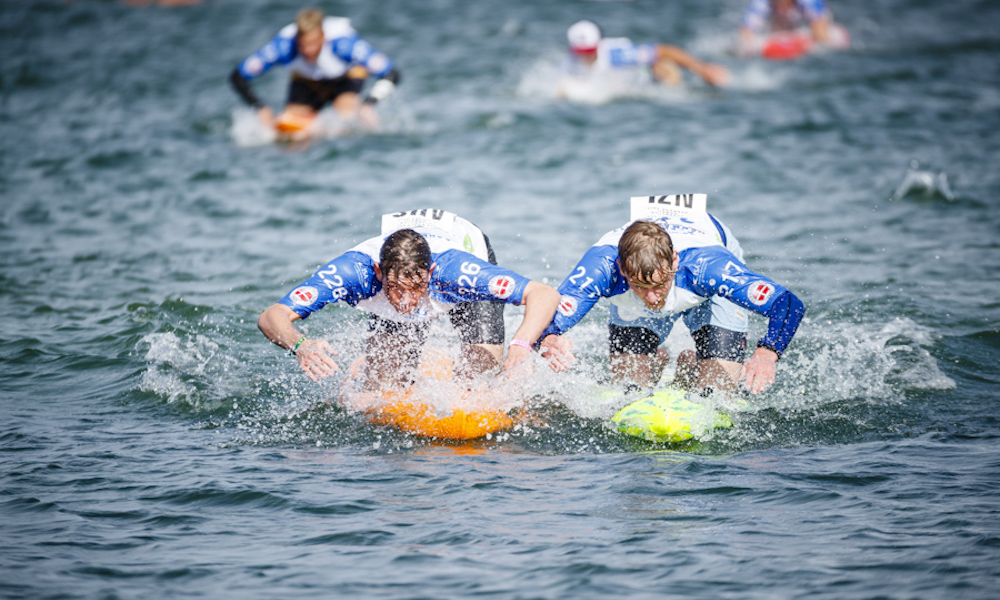 "We showed our dominance from start to finish. Our whole team put in so much work and I think we deserved this.

"Winning Gold is what we come here for. This time around was definitely our most hard-fought Team Gold. There was so much high competition from other countries. It's awesome to see the growth of SUP and Paddleboarding.

"For us to win with this strong field it shows the caliber of our athletes and our team spirit. We always have each other's back and that goes a long way.

Closely following Team Australia in what was the most tightly contested competition for the Team Gold Medal in the event's history were Team France with the Silver Medal, Team New Zealand with the Bronze Medal, and Team Hawaii with the Copper. The final day of competition at the ISA World SUP and Paddleboard Championship kicked off on Sunday morning with the Team Relay Race Semifinals and Final under partly cloudy skies and an electric vibe coming from the spectators waiting to see a Team World Champion crowned.

In the Final the race for Gold was over after New Zealand's SUP racer, Annabel Anderson, fell off her board twice on the second lap, allowing Australia's Terrene Black to push ahead by 50 meters. Australia's following legs of the relay, Jordan Mercer and Lincoln Dews, added to the lead gained by Black to earn the Gold Medal.

Heading into the Relay Race final lap, the anchor for Team Denmark, Casper Steinfath, was tagged into the race with his team in sixth position. Steinfath made quick work to catch USA and Hawaii who were holding fourth and fifth place. In a display of incredible determination, Steinfath passed star Hawaiian SUP racer, Connor Baxter, to earn an inspirational Copper Medal for the country of Denmark. Team France earned the Silver Medal and Team New Zealand the Bronze in the relay, solidifying their respective second and third positions in the overall team points ranking.

The Closing Ceremony followed the end of competition to celebrate the end of a historic week of competition in Denmark and to crown the 2017 World Team Champion. Dignitaries present at the ceremony included, ISA President, Fernando Aguerre, Mayor of Thisted Municipality, Lene Kjelgaard Jensen, President of Friends of Cold Hawaii, Finn Jorsal, and President Danish Surfing & Rafting Federation, Jakob Færch. 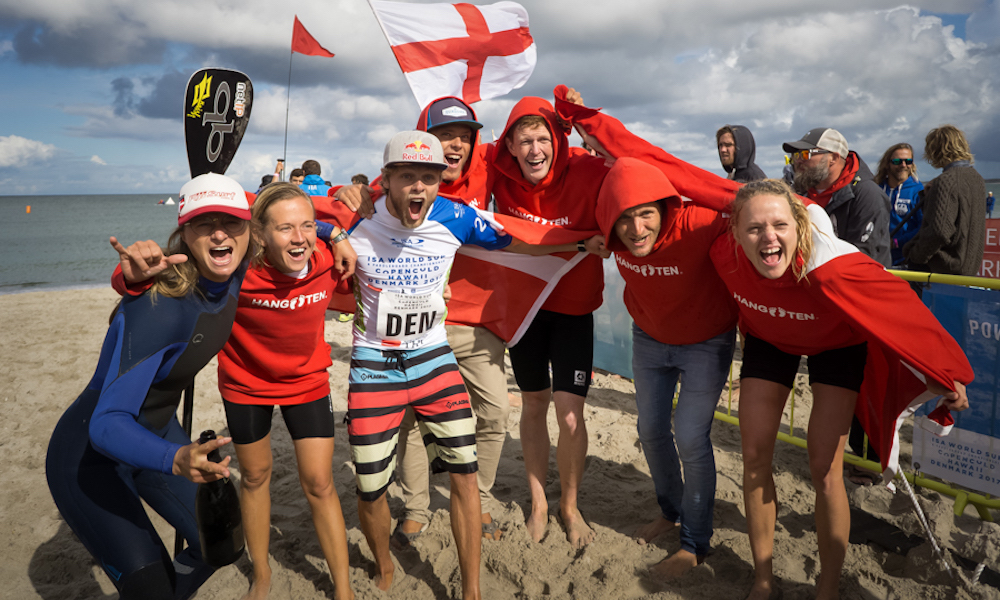 "We have come to the end of the World Championship, and it's great because we have had an amazing competition, but sad because now we go back home and say goodbye to our friends and the people of Denmark. I want to thank the organizers, volunteers, and everyone who made this recording-breaking edition of the event possible.

"We got everything this week: wind, waves, rain, and sun. We have deep gratitude to the people of Cold Hawaii for hosting us.

"This is the largest ISA World SUP and Paddleboard Championship in history. 42 countries, more 450 participants, and more than 700 team visitors gathered here in Denmark. We will all go home as ambassadors of the spirit of the Danish people.

"This week we experienced the highest level of competition and camaraderie. We have shared with our friends in Denmark the spirit of the ISA World Championship. ISA and SUP are one and we are going to be sure that it stays that way. The ISA is the only International Federation to organize a World Championship for SUP. SUP is surfing and not canoeing. SUP will continue to flourish in Denmark and around the globe under ISA leadership.

"For those of you that didn't take home medals, don't ever forget you were here. You made history and represented your country, which is the highest honor."

The ISA World Championship Series now heads to Japan for the 2017 VISSLA ISA World Junior Surfing Championship in Hyuga from September 23 to October 1. To see photos, video, results from the event, click HERE.