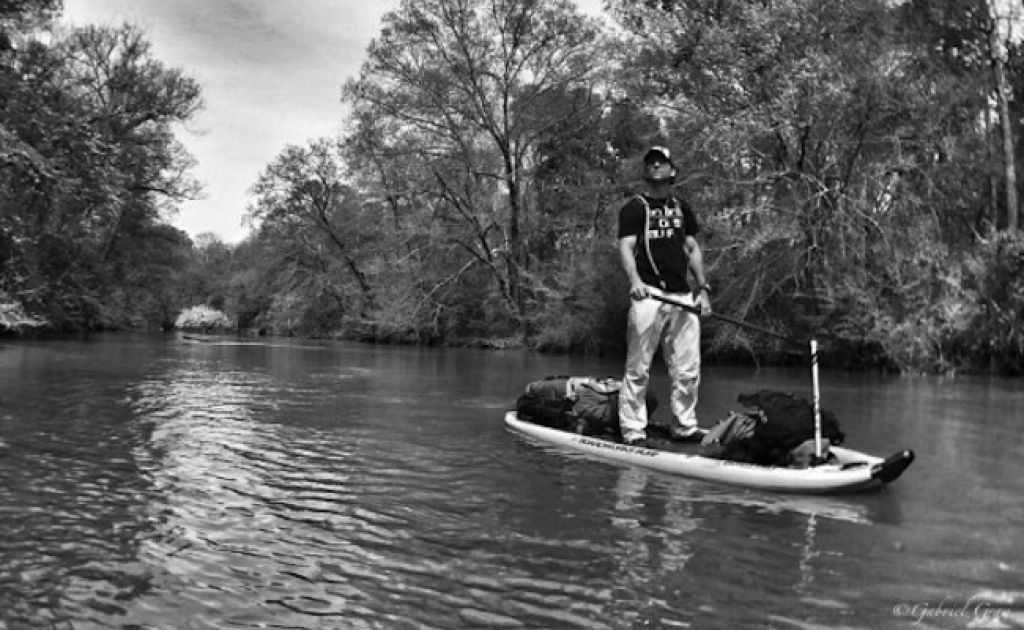 CARLSBAD, California - Boardworks Team paddler Gabriel Gray, founder of SOAR (Save our American Rivers) Recently completed a journey down the Headwaters of the Flint River in Georgia in order to raise awareness for one of the nations most endangered water ways. Gabriel is working on a series of paddles all over the county to help fight for and save our rivers that we all love and cherish. Gabriel chose to use our Inflatable Badfisher model for the trip given the conditions and the versatility of the Badfisher. I recently caught up with Gabriel and got the scoop on his trip down the Flint. After reading his account of the trip, take some time and connect with him and follow his adventures throughout the year as he works to protect our natural resources! – Mike Tavares 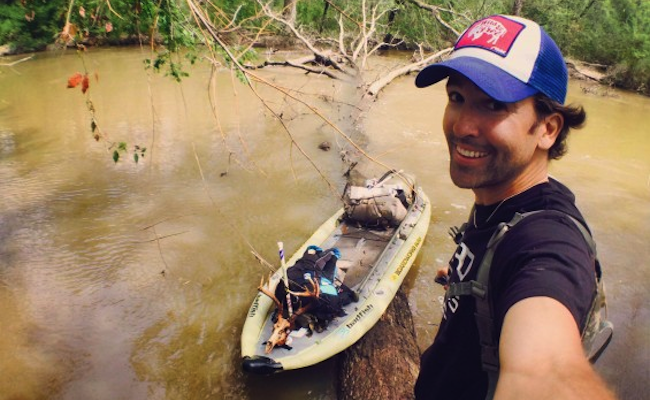 In 2013 the Flint River ranked as the second most endangered river in the United States. The high ranking of this river is due to outdated water management, essentially putting farms, communities, recreation, and wildlife at risk. Year after year, America’s rivers have proven that they are unable to keep up with the population growth. Awareness to American river issues is important for all of our survival and this is where society can bring forth a positive impact and where the project Fight To Save Our American Rivers (SOAR) can contribute!

My journey down the Flint River was aided by a stand-up paddleboard (SUP), My number one choice as it is human powered and has many advantages. One such being that I can access a river’s source that may not be accessible by car. It also allows me to easily portage around dams, down falls, other obstacles, and it grabs the attention of outside followers and people I meet along the way. 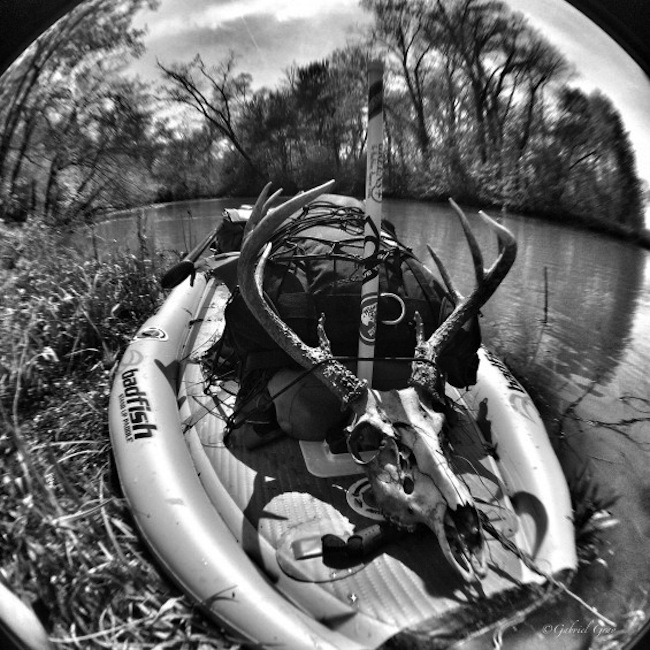 My journey down the Flint River was aided by a stand-up paddleboard (SUP), My number one choice as it is human powered and has many advantages. One such being that I can access a river’s source that may not be accessible by car. It also allows me to easily portage around dams, down falls, other obstacles, and it grabs the attention of outside followers and people I meet along the way.

Gliding by, taking in the scenery and sounds of what is usually beyond my normal life of the day to day grind, a sense of peace and clarity overwhelmed me. The following days down that river did what it would do for anyone, impossible to dismiss, it gave the sense of inner peace at nature’s mercy.

As the days passed, the terrain changed from narrow slow moving water to a rapid flow with shallow rocky shoals breaching the surface. Giving the Badfisher another challenge with rock hits and small rapids while carrying a load around 250 lbs, including my gear and I. It was hearing the light roar of water in the distance that brought excitement and trepidation over those days on the Flint, as well as meeting the river’s people. These enriched wise souls shared their family’s ripe history on the Flint river and educated me in what that river provided them and their ancestors. This river has molded and enlightened their family’s culture. These folks shared the dispiriting changes they have witnessed over the years explaining the changes to the river and it’s ecosystem. One such fisherman named Eddie welcomed me with open arms and shared his story and the impacts he witnessed on the river, including the devastating role of how the negative impacts have affected the shoal bass, a fish only found in very few parts of the South east. 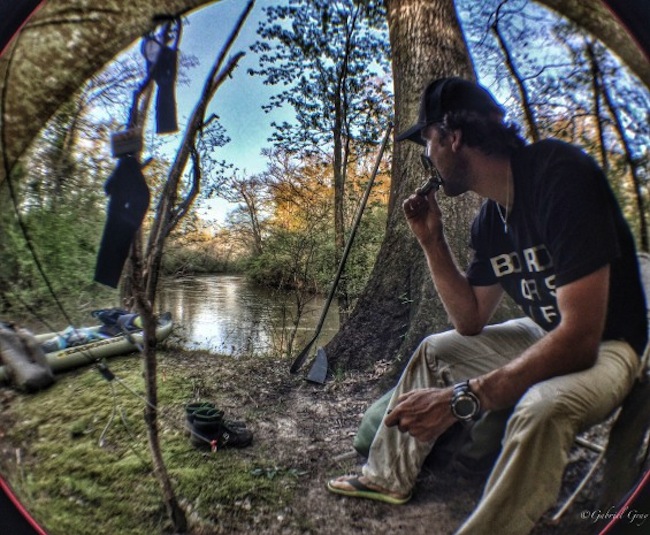 This experience, along with the many others leaves me with a constant nagging question. If we keep polluting, damming, and draining our rivers, what will the future hold for the people, the wildlife, it’s ecosystem, as well as the many cities that use these rivers as an endless resource? I hope and believe that with every trip I do, the pictures I take, and the people I talk to, that i can inspire passion for these waterways! Creating advocates for these river systems is vital for the river’s future and a personal goal of mine. As humans, we shouldn’t try to control and reshape these rivers around us, but learn how to protect and shape ourselves around them.

Boardworks Surf is proud to support Gabriel on his quest to save our American Rivers and would like to thank him for his work in the field! More information about the products Gabriel used on this journey can be found at….

Panama City Beach, Florida - Gabriel Gray is a river SUP extraordinaire. Born and raised on a farm in North Florida, most of his teenage years were influenced by the Wassica River and the Gulf of Mexico; He developed an early passion and respect for Mother Nature and the ocean at an early age learning to survive off of the land around him. Once he found the sport of SUP he integrated his two passions which was super easy and started expedition paddling to help spread awareness for what he grew up loving as a kid, the outdoors and Mother Nature.

Website: www.grayoutdoors.com/ Email This email address is being protected from spambots. You need JavaScript enabled to view it.