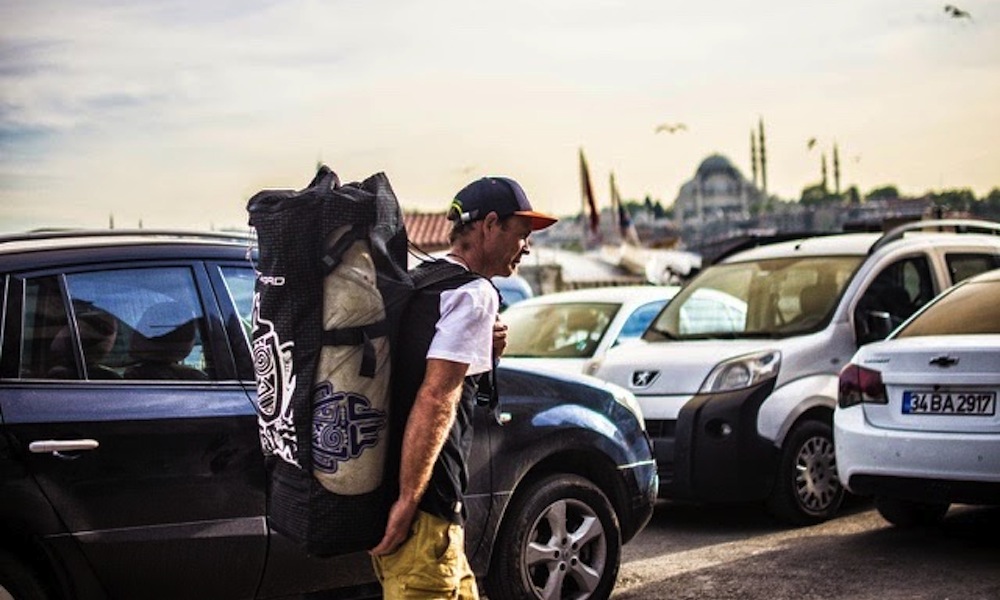 Bart arrives in Istanbul, Turkey where he finds himself back in a modern-day civilization. | Photo: Franz Orsi

Starboard SUP ambassador and SUP Extraoidenaire, Bart de Zwart, lands in Istanbul, Turkey on the second to last stop on his World SUP Excursion. While in Turkey, Bart discovers minarets, ships and Turkish delight. Read more from his blog below.

ISTANBUL, Turkey - When we arrive in Istanbul, Turkey, we also arrive in the modern world again. Istanbul lays at the Bosporus strait, the connection between the Mediterranean and the Black Sea, partly in Europe and partly in Asia. Istanbul is Eastern, Western, old and modern at the same time. Since we are only here for two days, we check into our small family owned hotel and take our bag packs with the Starboard SUP inflatables and try to find a few spots where we can paddle in the city.

There is a lot of water in Istanbul but also lots of traffic, many small ferries, fishermen, pilot boats and the container ships. So, we have to pick our places carefully because they don't want you to paddle in the busy areas. 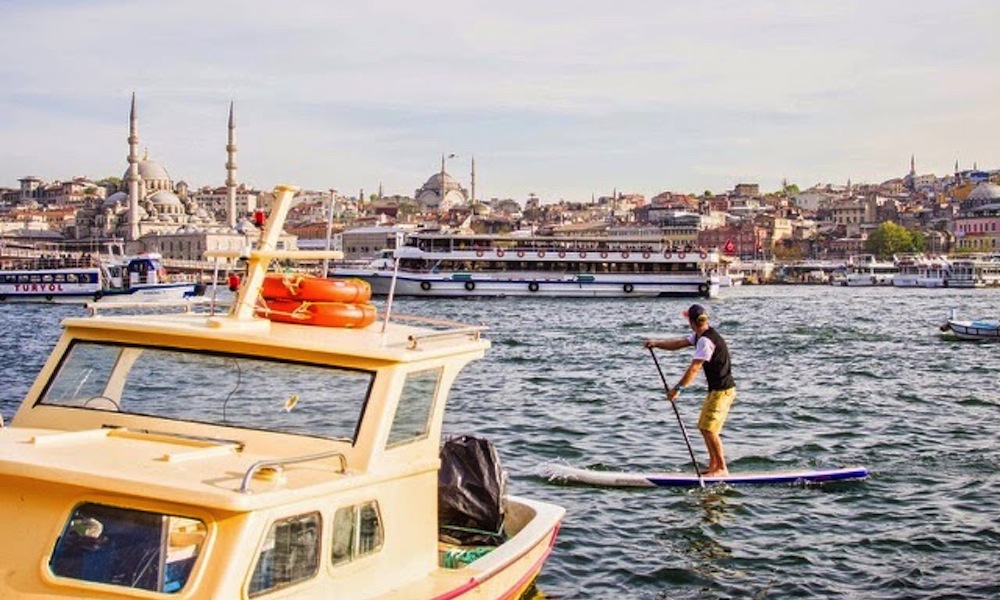 We find a small inlet opposite of the Suluymaniye Mosque. The Turkish men sipping their tea look a little surprised when I pump up the board and put it in the water. It feels great to paddle in a city with a background like this. The small stalls, bars at the water front, the high minarets behind pointing to the sky and the ferries making it very hard to stay dry.

Later we take one of the ferries to the Asian side where things are slightly calmer. Since there is no beach here, everybody is sitting on the boulders and enjoying the sunset with the city in silhouette as a backdrop. We paddle along the coast until the sun is about to set and we are getting hungry. The following day we wander through the gran bazar and the spices bazar.

The amount of little shops is amazing, thousands, the competition here must be killing. In this area you can find anything you need from hardware, ancient daggers, grand pianos to Turkish delight. With 12 million people this is a big city, where traffic is a disaster.

Bart exploring the many shops in Istanbul. | Photos: Franz Orsi

In the evening, before we eat in a local restaurant, I paddle at dusk at the Ortaköy mosque which is beautiful from the water because it is lighted up from all sides. Again, hard to stay dry with the chop from all of the ships. The kids, selling sweets at the mosque, watch me paddle. They chant, hoping I would fall in. When I make it out dry, they watch me, a little disappointed but still with big smiles, and are in awe at how the the big board deflates and disappears in the bag within minutes.

The next day we fly across the Atlantic to Sayulito, Mexico, host of the ISA World Championships.....