Arnaud Frennet crossed one of the most dangerous bodies of water in the world, fraught with nautical disasters and erratic navigational conditions, putting himself at the mercy of a highly hostile environment. 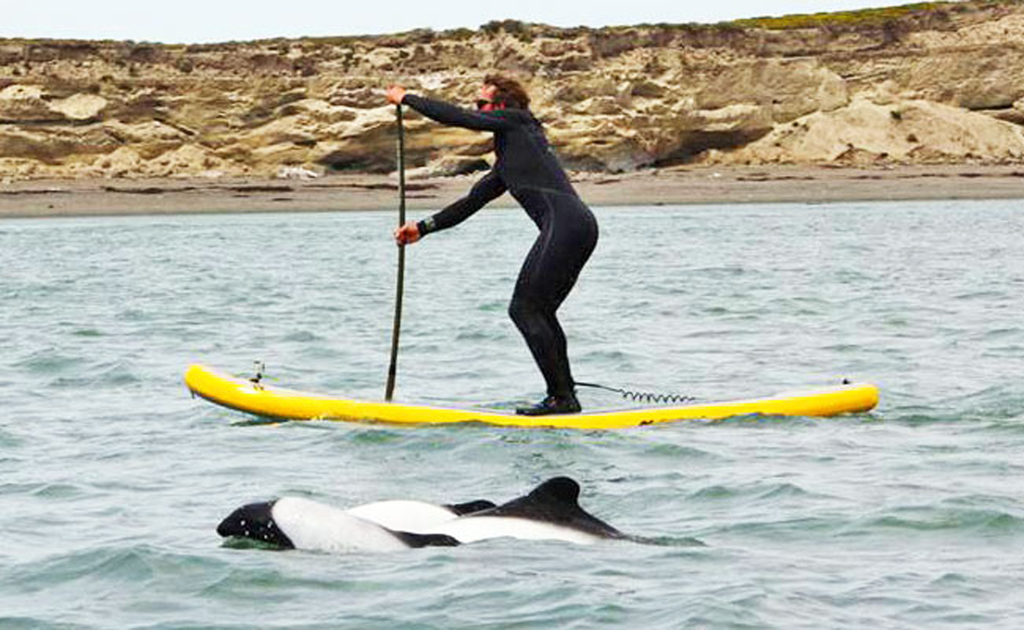 Arnaud Frennet crossing the dangerous Straits of Magellan in the South Pacific, a strech of water frought with nautical fatalities.

Chile – Last Friday, December 10th, Arnaud Frennet has crossed the Strait of Magellan in SUP as part of the “MallSport Magellan Expedition”, a Stand Up Paddle trip to the most Southern region of the world. It was the very first time the mythical Strait was ever crossed in SUP and for Arnaud it concluded a project that had begun 3 years before.

The Strait of Magellan separates the South American continent from Tierra del Fuego and is feared for its stormy winds and treacherous currents between the Atlantic and Pacific Oceans. In the “Primera Angostura” the currents can reach 10 knots creating some dangerous vortex, and leaving very brief windows for crossings when the current weakens after the change of tide.

Last Friday the wind forecast was excellent for the morning but moderate to strong East winds were expected for the afternoon. As for the currents, the best time to cross was during the inversion called “Estoa”, expected at 1:09pm. But at 11 am the wind started to pick up and Arnaud comments: “I was concerned as if the wind would go beyond 17 knots the Marines would not give me the authorization for the crossing, and in that region winds can go from nothing to 40 knots in a few minutes” “At noon the wind kept on picking up and I decided to go for it right away before the current would weaken” The Chilean Marine did not put objection to the early start and finally Arnaud could start the crossing at 12:05 on its inflatable Naish Mana Air. “I had to paddle almost the whole way on the same side to struggle against the current but after a few minutes a bunch of dolphins came along and made it so much more enjoyable. They crossed the whole way with me to the shore of Tierra del Fuego. It was great fun, unforgettable!” “There were playing so close to me that at some point I thought I was going to hit them with my paddling”.

Finally in less than 50 minutes Arnaud paddled the 5 kilometers of the Straits and when he reached Tierra del Fuego, the wind was already getting close to 20 knots. “it came out much easier than I thought. I had to paddle fast as it is a place where the conditions can change very fast and leave you very little time, but at the end it all came together perfectly”. (Visit Standuplatino.com for more on our Chilean friends.)

Do you find these SUP Journeys inpirational or nonsensical grinds?