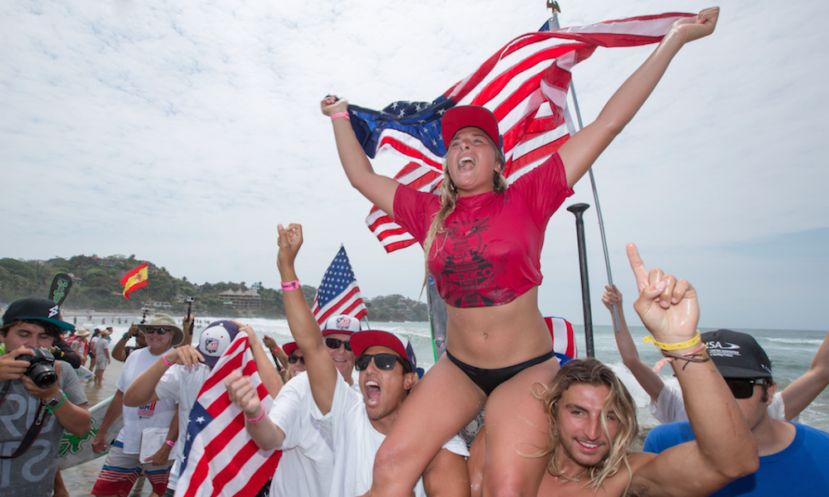 As the women’s Repechage Rounds came to a close, the Final was set and included athletes from four different Nations. Joining the ISA newcomer, Izzi Gomez of Team USA and, 2013 Gold Medalist, Nicole Pacelli of Team Brazil were Spain’s Iballa Ruano and France’s Caroline Angibaud.

The experienced Pacelli looked incredibly strong coming into the Final Round, but it was Gomez that was the favorite regardless of this being her first-ever ISA World Championship. 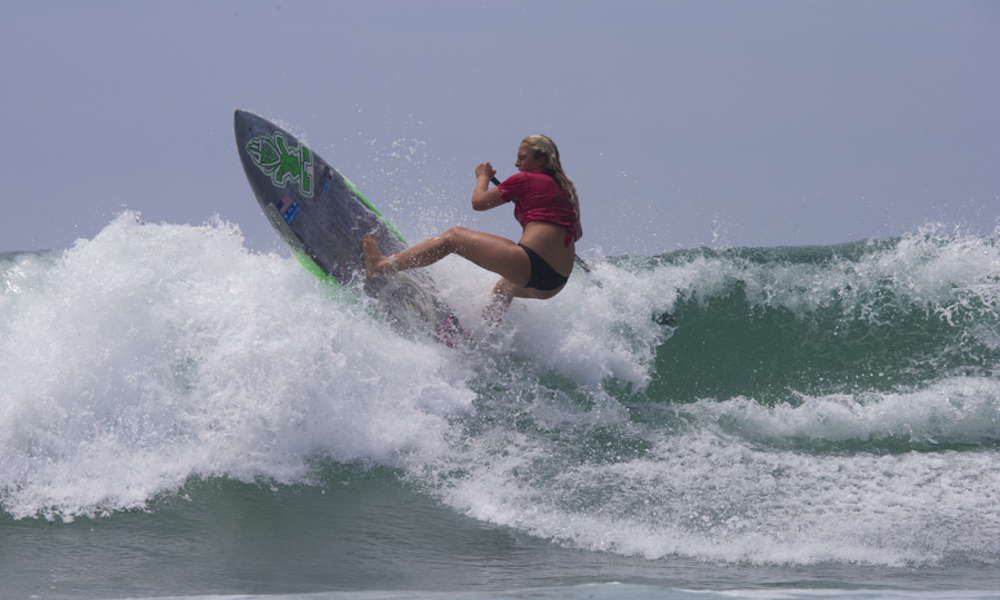 American Izzi Gomez came into the final as the favorite to win despite this being her first-ever ISA World Championship. Photo: ISA/Brian Bielmann

Gomez wasted no time, and immediately earned wave scores of 7.27 and 5.93 for a total of 13.20. With more than 15 minutes left to go, the American had breathing room and reason to relax. For the rest of the heat the field was chasing her score, but in the end she would not be caught. Gomez won her first-ever ISA Gold Medal and valuable points for Team USA.

“I honestly cannot even believe it right now. I had a lot of nerves this week and was even sick, but with the help of my team I was able to pull through,” said the humble 15-year-old Gomez. “I couldn’t have done it without them. Just knowing that I was here competing for the USA, it gave me more drive and desire to win so I could have the best result for the team.” 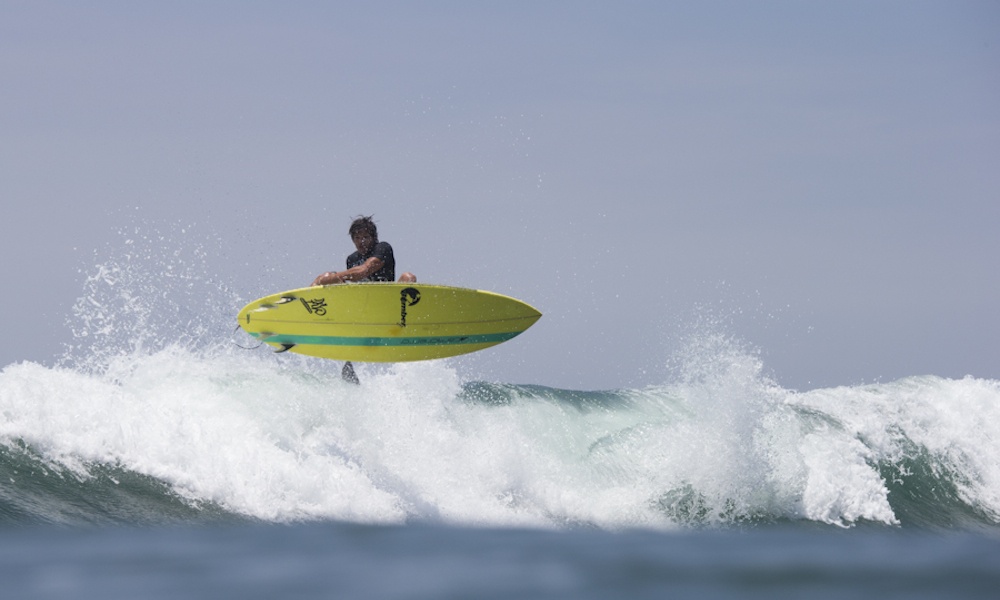 Felipe Hernandez of Team Mexico had his local community erupt into cheers following two aerials on a single wave that earned him a spot in the Final Round. Photo: ISA/Brian Bielmann

On the Men’s side, local SUP surfer Felipe Hernandez of Team Mexico put on a show for the crowd during every heat throughout the day. During the last Repechage Round, with less than a minute to go, Hernandez nailed back-to-back aerials in a single wave. The crowd erupted into cheers as he solidified his place in the final.

In addition to Hernandez, the final was set with American Sean Poynter, the Tahitian Poenaiki Raioha and Frenchman Antoine Delpero. 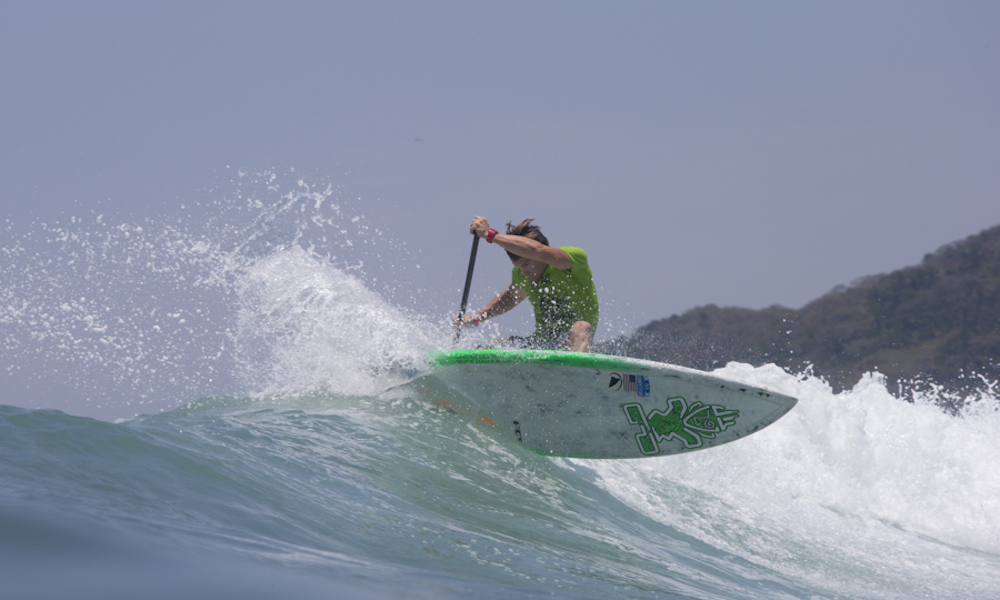 Sean Poynter put his competition into a combination situation early in the Final Round and ultimately earned the second Gold Medal for Team USA in SUP Surfing. Photo: ISA/Bielmann

It was not until the final minutes that a single score would drop high enough to have any affect on the situation. Poynter had won, and became the first two-time, male ISA SUP Surfing Gold Medalist.

“This smile says it all. I’m at a loss of words,” said an exhilarated Poynter. “I did the same thing as last year, dropping into the Repechage and doing five heats on the Final Day. My trainers had me fit and ready and I was able to withstand the amount of time and finish strong. I’m just so excited, so happy and thankful to the ISA, the Mexican Surfing Federation and the support of my team. It’s been such an awesome event.”

The beach had exploded with cheers. From chants of U-S-A, to the traditional Mexican chants, the spirit on the beach was that of true international comradery. 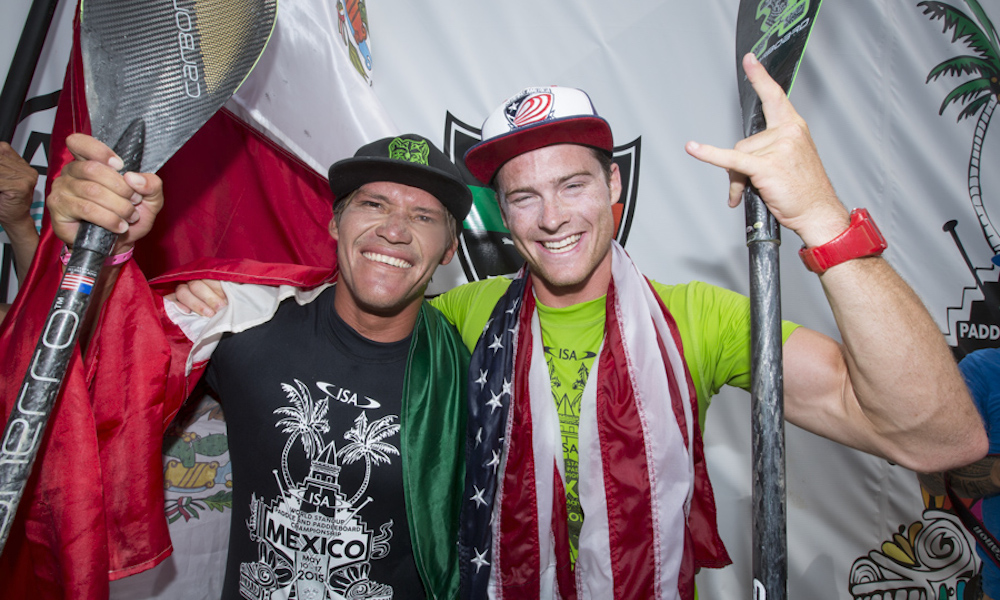 After being carried up the beach on the shoulders of their teammates, Mexico’s Felipe Hernandez (right) and USA’s Sean Poynter gave thanks to everyone in attendance and especially the host country. Viva la Mexico! Photo: ISA/Ben Reed

“Today’s ISA SUP Surfing World Championship was an event that will be remembered for years to come. The world-class level of competition made for a gripping final, keeping everyone excited until the very end,” remarked ISA President Fernando Aguerre. “We knew what the best days for waves were going to be, so we planned the surf competition accordingly.”

“What a final! Congratulations to Izzi Gomez and Sean Poynter from Team USA on winning the Gold Medals and making your country proud. That is what an ISA World Championship is all about — honoring the sport, honoring your country,” said Aguerre.