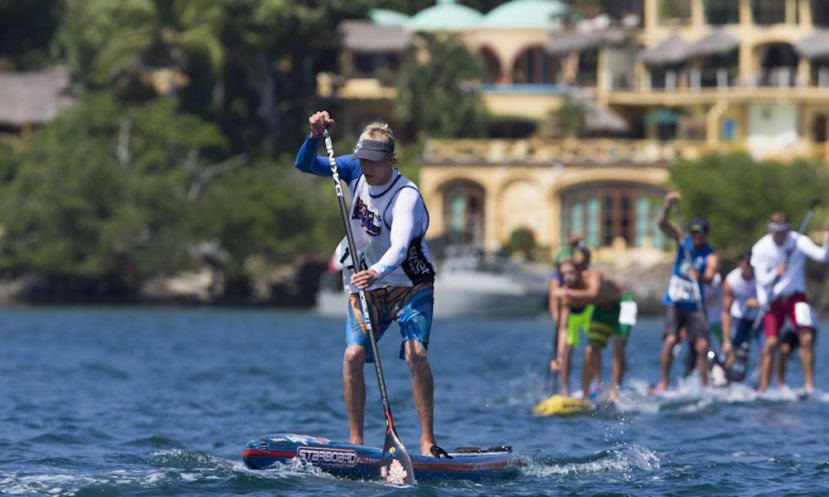 The Women’s SUP Technical Race followed. The top six of the two, 12-women heats advanced to compete again on Sunday. Candice Appleby showed her superior strength above the rest of the competition with a comfortable lead and finished in first place.

Click here to find a SUP Event near you. 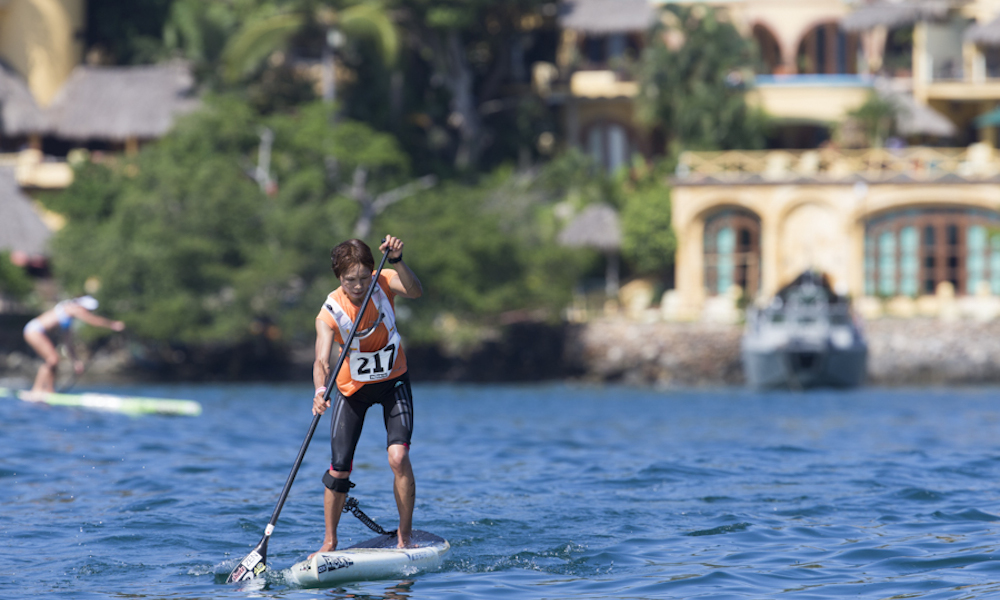 Takayo Yokohama from Team Japan is competing in as many disciplines as possible at the 2015 ISA World StandUp Paddle and Paddleboard Championship, and she is doing it in stride. Photo: ISA/Brian Bielmann

The Mexican crowd made their presence known in the SUP Technical Race as Felipe Rodriguez showed his superb local knowledge of the break and utilized uncanny angles as he approached the beach to catch waves that others could not. Felipe Rodriguez finished first before highly touted athletes such as Hawaii’s Connor Baxter, who finished second. The 12 qualifiers from each heat will merge to make for a 24-man SUP Technical Race Final of epic proportions on Sunday. 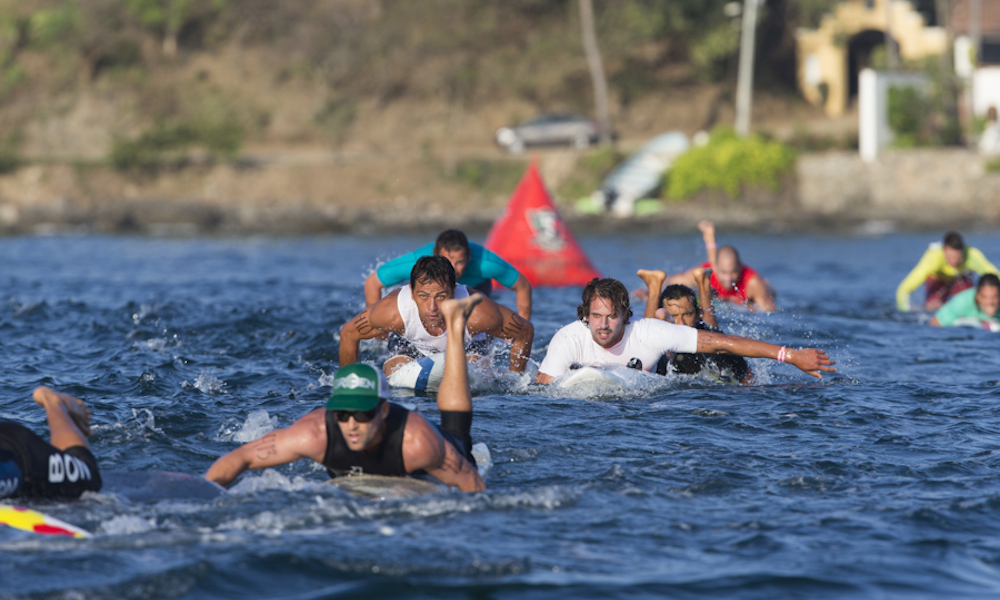 The world’s best technical paddleboard racers going full speed ahead while competing in the qualifier for a chance to advance to Sunday’s Final. Photo: ISA/Brian Bielmann

The relay was lead by a dominant performance from Team Australia, including Jordan Mercer, Lachie Lansdown, Terrene Black and Toby Cracknell. The Australian team finished ahead of the New Zealand Team with a time of 15:54. The 10 remaining teams that will contend for the Overall Team Gold Medal including Australia, New Zealand, Hawaii, Spain, France, South Africa, USA, Brazil, Mexico and Canada.

“Today was all about team effort and support, as the 2015 ISA World SUP and Paddleboard Championship nears the end. The points are now more important than ever. This is the most competitive SUP World Championship ever,” stated ISA President Fernando Aguerre. 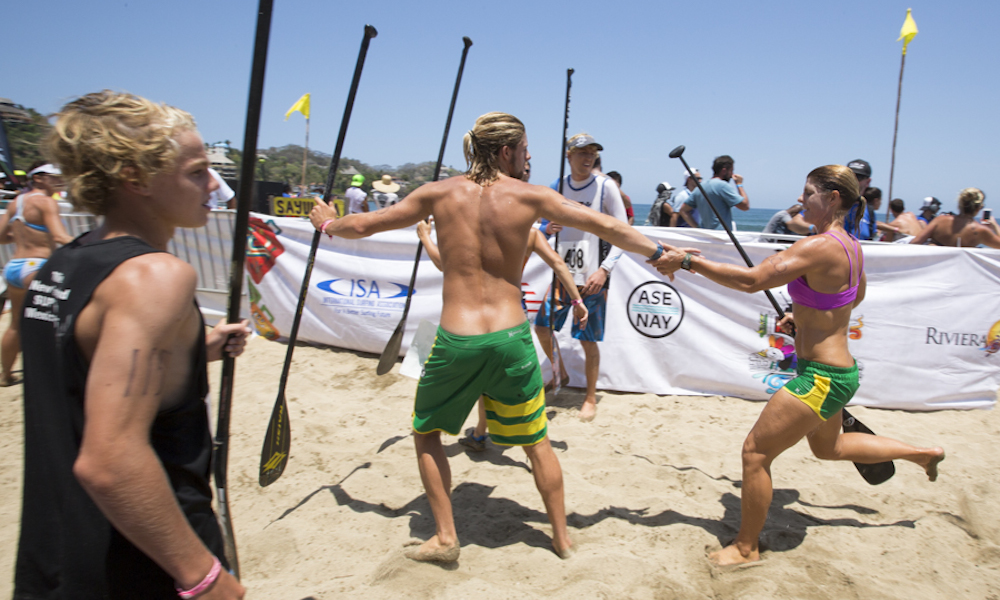 Team Australia outperformed the competition in the ISA Team Relay Race and will look to carry that momentum unto the Final on Sunday. Photo: ISA/Ben Reed

Aguerre continued, “Following all the excitement from the competition, we will hold the Closing Ceremony. As each Gold Medal is distributed, National Anthems will be played, country flags will be flown and cheers around the world will be heard. There is no greater pleasure than to have your hard work pay off and no higher honor than to represent your country with pride.”