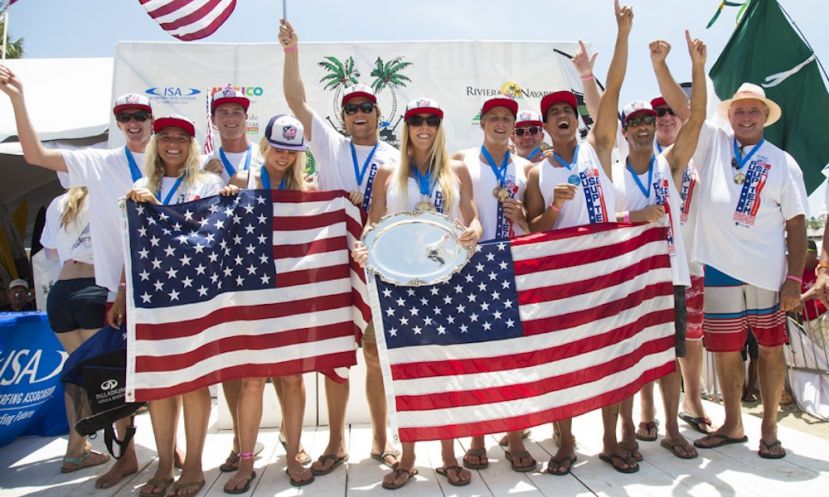 Kicking off the final day of competition was the ISA Team Relay Race. Four members from each team united in the name of their country to take to the technical course alternating between SUP and Paddleboard Racing. The first team to complete the course was the dynamic Australians that earned their fourth repeat victory. Rounding out the rest of the team relay results were New Zealand in second, USA in third and Hawaii in fourth, respectively. 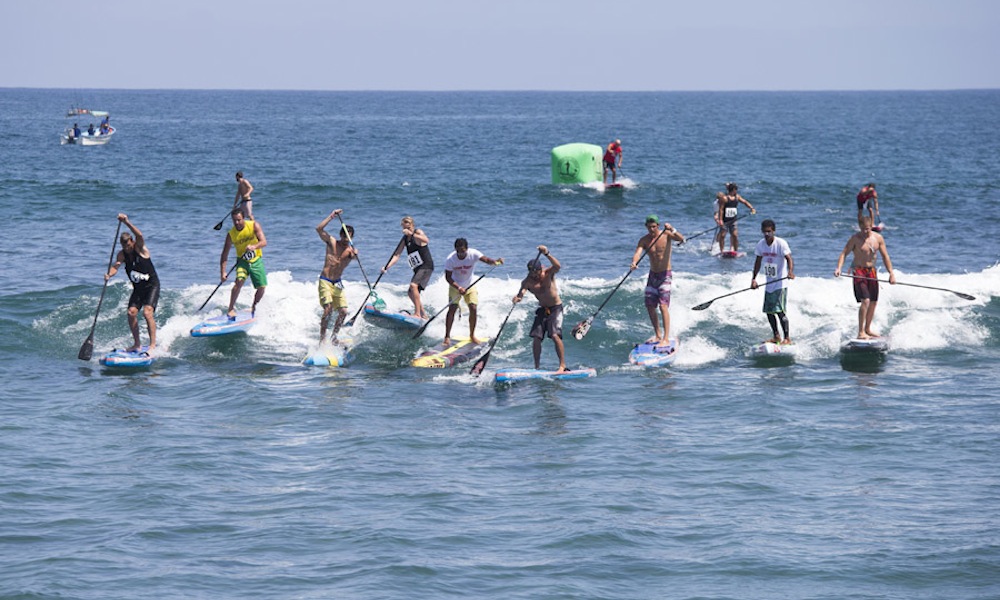 Racers head towards the beach transition portion of the course. Negotiating the shore break was crucial for success. Photo: ISA/ Ben Reed

The first individual event of the day was the Women’s Paddleboard Technical Race, and it was with little surprise that Australian Jordan Mercer earned the Gold Medal. Mercer is the most decorated athlete in the history of the ISA and took home Gold Medals in every discipline she competed in.

“You are out there paddleboarding and all you have is your hands and your heart,” said the experienced Mercer. “That’s all you have to work with. So, to know the support and spirit that I have being an Australian — I go out there racing for my country… Australia is a country of pride, a country of privilege, and one that I am so honored to represent.”

In the Men’s Paddleboard Technical Race, American Jack Bark was the first to finish nearly 20 seconds ahead of his competition with a time of 23:24. Australian Lachie Lansdown was the next to cross the finish but only three seconds behind him was Kiwi Cory Taylor and Hawaiian Kai Hall another seven seconds later.

“It’s an honor to be here for the United States. To be able to help them out and win a gold was awesome!” exclaimed Bark after his result had set in and his team surrounded him.

The fourth final of the day was the Women’s SUP Technical Race where a second American claimed Gold further distancing themselves from the Australians in the overall team points. Candice Appleby was that American and took home her second Gold after winning the SUP Distance Race earlier in the week. Terrene Black (AUS), Penelope Strickland (NZL) and Lina Augaitis (CAN) made up the rest of that podium. 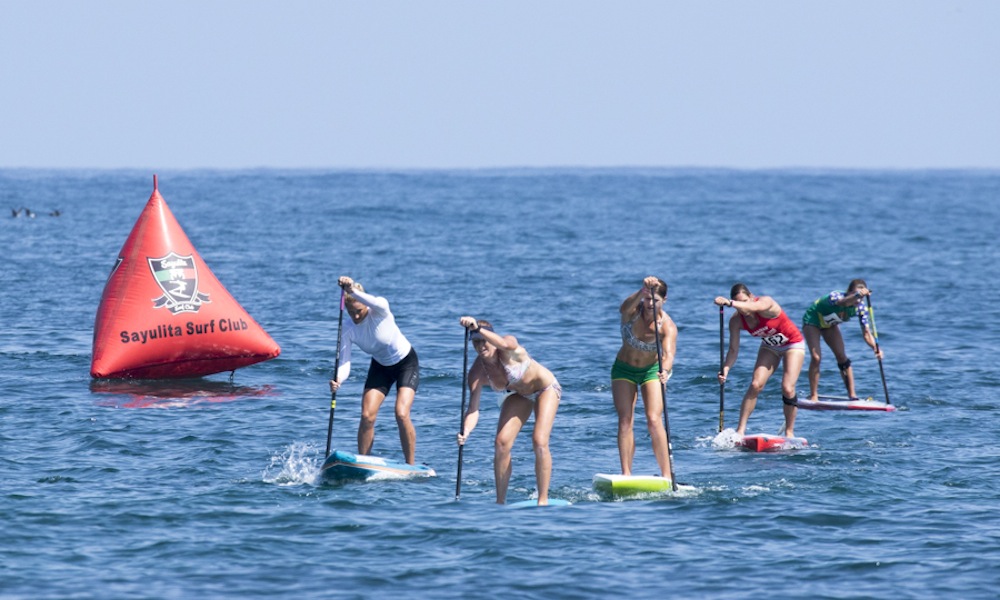 “Our team unity is second to none and I think it’s going to end up that way at the end of the day,” expressed Appleby with national pride. “Everybody is so excited and so motivated. The Individual Gold, Silver, Bronze and all the different places are awesome, but they are just stepping stones towards our final goal.”

The Men’s SUP Technical Race saw intense action as the best athletes in the world stayed neck-and-neck for the first two and a half laps with only board lengths separating their positions. Into the third lap Conner Baxter and Hawaiian teammate Mo Freitas began to break away from the pack, but with the two-time, ISA Gold Medalist Casper Steinfath of Denmark and Titouan Puyo of France only a few board lengths away, the race was anything but decided until the very end.

Ultimately, the Hawaiian teammates would scratch their way into a wave on the last lap that allowed them to cruise into back-to-back finishes. Baxter took the first Gold Medal of the event for his team and Freitas earned Silver. Steinfath barely missed the wave his opponents rode to victory and would end up in an all out sprint for a photo finish against Puyo. In the end, Puyo was awarded the Bronze and Steinfath the Copper. 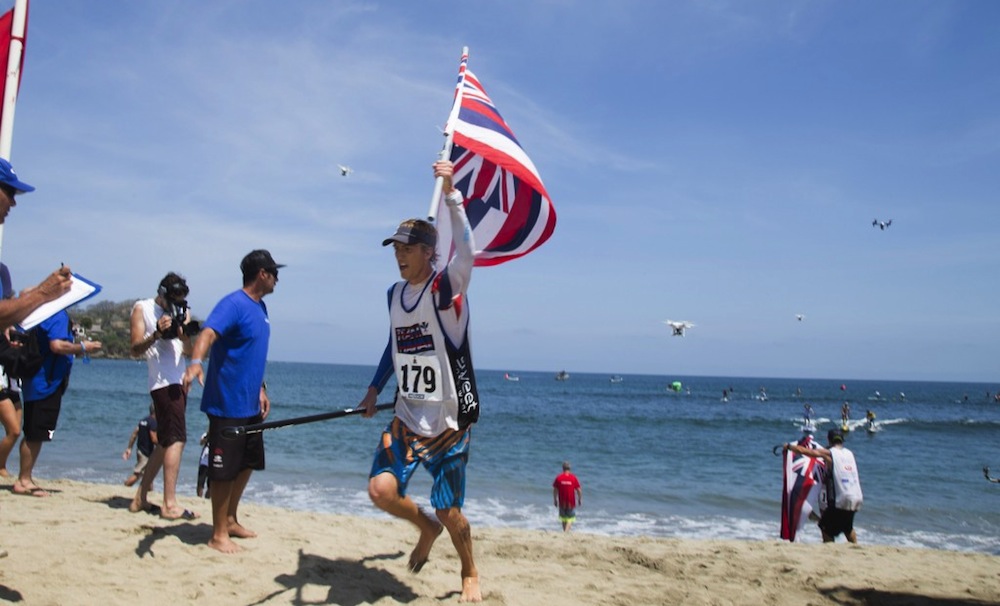 “It’s definitely a different vibe,” said the first-time ISA Gold Medalist Baxter. “The Maui boys, we represent Aloha and always cheer each other on, but having the whole team spirit and all the other 27 different countries, it’s so amazing. Normally you are going into it with a mindset for yourself, but this week we are going for Team Hawaii. We definitely tried our best.”

The remaining Gold Medal to be determined was that of the overall ISA World Team Champion — the most coveted medal of the entire ISA World Championship.

The revealing of the ISA World Team Champion took place at the end of the Closing Ceremony once every other medal had been awarded.

Coming into the week of competition it was known that Team Australia had their work cut out for them as the defending champions for the past three years running. The debut of the Hawaiians at the ISA World SUP and Paddleboard Championship was certainly thought to be a threat, but it turned out to be the Americans with the most dominant showing and eventually taking the title. 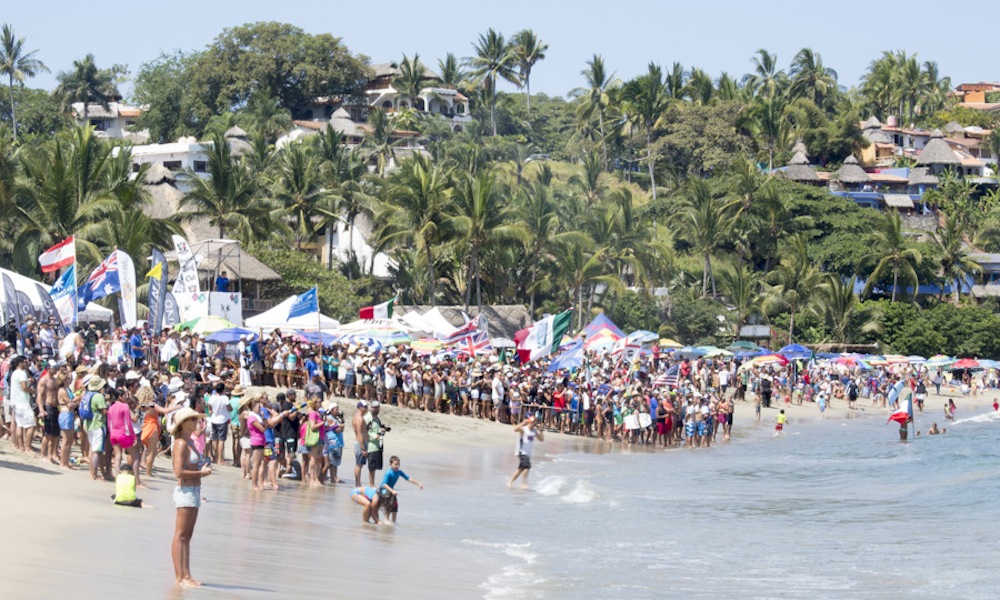 The whole town of Sayulita joined the international crowd to witness the ISA World Championship and support the athletes. Photo: ISA/Ben Reed

“It has been the most phenomenal week in the history of the sport, and I want to thank each and every athlete in this competition for helping us, for coming, for arriving in Sayulita, Mexico and making this a part of your life,” declared ISA President Fernando Aguerre. “This World Championship will be the best in history with the most incredible SUP Surfing, StandUp and Paddleboard Racing competition. The best competitors were here.”

“I hope that when the athletes go home they leave with friendships in the rest of the world and have good memories of Sayulita and Riviera Nayarit in Mexico,” Aguerre proceeded. “I know that some will bring home medals, some will not, but you have to remember, all are winners. These athletes came to Sayulita, represented their country, were members of their National SUP and Paddleboard Team, and did all of this in Olympic Spirit.”

To see more news and highlights from the 2015 ISA World SUP and Paddleboard Championships, click here.