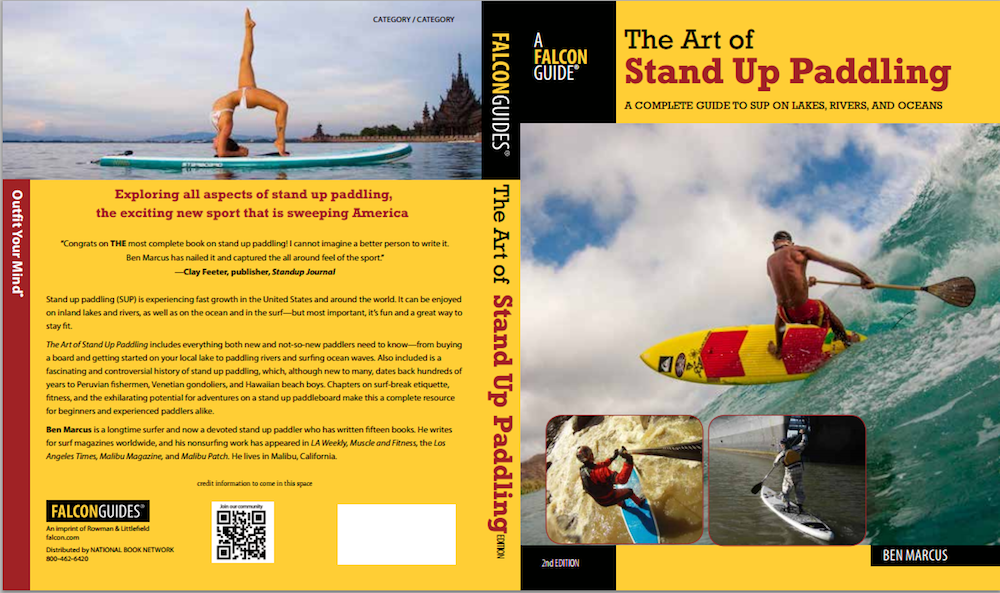 The Art of Standup Paddling is currently being revised with an unknown release date.

OAHU, Hawaii - In 2011, Falcon Guides published an instructional guide to SUP called The Art of Standup Paddling. The original had chapters on buying boards and paddles, water safety, etiquette and the history of standup paddling - where did it come from and where is it going?

The history chapter of the original book claims SUP came to Hawaii by way of an Australian surf ski gifted to Duke Kahanamoku by some Australian lifeguards in the late 1930s. So is it Don't Blame Laird, Blame Australia? Or why blame anyone? SUP is fun, good exercise, a good time. This is what the world is discovering, in droves. As recently as September of 2002, Laird Hamilton paddled out standing up on a big day at Malibu, and the world wondered: “What the fu????? Is he doing??!?!?

In August of 2015, Laird was back at Malibu, shooting the pier on the historic day of surf created by Hurricane Marie. In the thirteen years between Laird taking off past the flagpoles, shooting the pier and kicking out on the other side, the sport and lifestyle of standup paddling has exploded like the shore-pound in front of the Malibu Beach Inn.

What was evolved by a handful of guys on Maui and Malibu around Y2K is now a worldwide sensation from Alaska to Zimbabwe, and an industry worth hundreds of millions of dollars. To keep up with the expansion of SUP, The Art of Standup Paddling is being revised to include all that has happened in the last four years: Racing and wave riding competitions, SUP yoga, improvements in boards, paddles and accessories, new media. The book was due in September of 2014 but Ben Marcus lagged, which turned out to be a good thing as the book includes fresh chapters on SUP Yoga and SUP Competition – racing, wave riding, river runs. 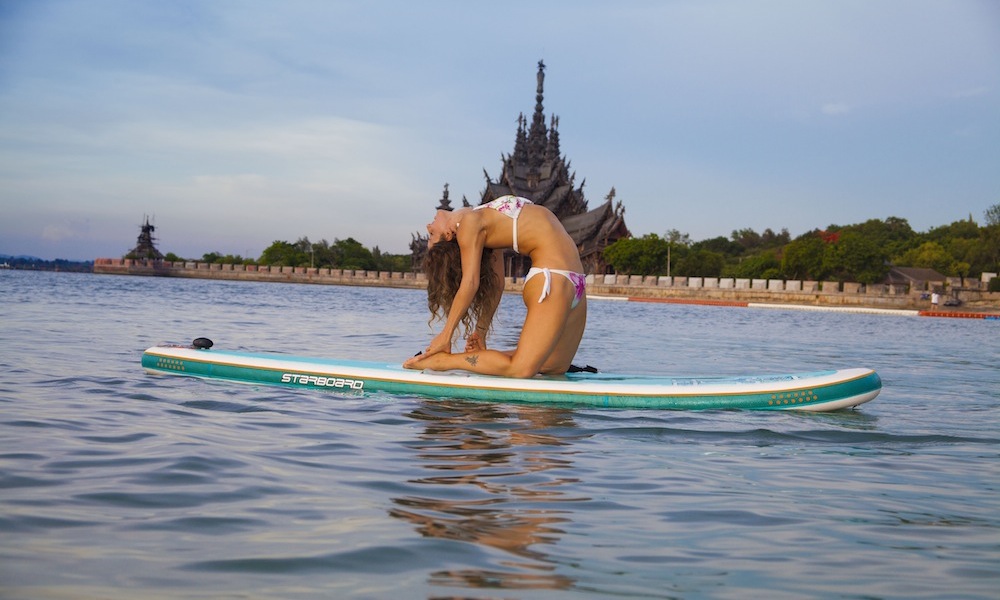 With the book due March 4, SUP yogini and Starboard SUP athlete Dashama showed up in Hawaii at just the perfect time to write the chapter on SUP Yoga. That chapter will feature insight by Dashama and spectacular images like this photo of her body to mimic the ancient Sanctuary of Truth in Thailand.

Chapter 9 is about competition and includes a detailed history of SUP competition including Battle of the Paddle, Molokai-2-Oahu, Big Wave World Tour and the rise of inland SUP.

The author Ben Marcus turned in the words and images the first week of March. It was about six months late, but hopefully worth the wait. The ETA of the revision is unknown, but for those who can’t wait, there is a Facebook page dedicated to the book and the revision, so please take a look if you have time. And if you have any friends, please tell them about the 2015 revision to The Art of Standup Paddling.

More in this category: « FCS SUP Gear Giveaway Ching and Drollet Tied for First As The Ultimate Waterman Heats Up »