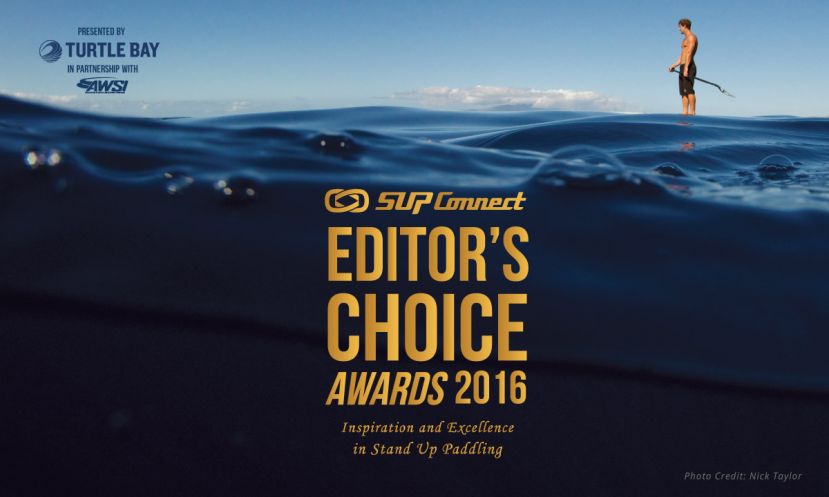 SAN DIEGO, California - Supconnect is excited to announce the launch of the 2016 Editor’s Choice Awards! This year is even better than 2015 and we’re thrilled to reveal not only the 2016 nominees but also introduce a brand new category! This year the categories are:

Also new for this year, we’re opening up nominations for Shop of the Year and Sales Rep of the Year so nominate who you think deserves some recognition!

"That time of the year is here again, where we hear from the industry and consumers on the most inspirational profiles and the brands, products, and reps helping raise the bar of excellence in our sport," says Supconnect's Publisher, Andre Niemeyer. "Standup Paddling continues to thrive and the number of people driving that growth continues to change. The Supconnect staff will be working tirelessly these coming days, gathering feedback across the full-spectrum of the sport, by personally reaching out to movers and shakers, via emails, phone calls, and by monitoring the interaction on our awards page. The Supconnect Awards has begun: we are custodians of the process and you of the results."

The 2016 Supconnect Editor’s Choice Awards kicks off July 1, 2016 and runs for the entire month of July with voting open until midnight on July 31, 2016. Be sure to vote for your favorite athletes, brands, products and more and help us decide who will win in 2016!

So, without further ado, click HERE to cast your votes in the 2016 Supconnect Editor's Choice Awards!