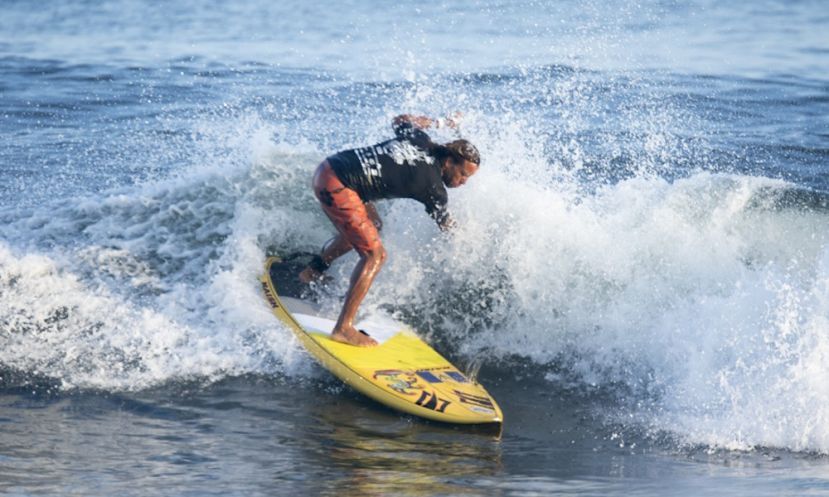 SAYULITA, Mexico - StandUp Paddle (SUP) Surfing kicked off the week of competition at the 2015 ISA World SUP and Paddleboard Championship Presented by Hotel Kupuri on Monday, May 11 in Sayulita, Riviera Nayarit, Mexico.

The best men and women SUP surfers from around the world took to the warm waters of Sayulita. Athletes showcased supreme style to both the spectators in the sand and the world via live webcast. The surf ranged from 2-3 feet throughout the day with occasionally larger sets rolling in. These waves allowed the world’s best to perform vertical snaps, wraps and airs to keep the crowd on their toes.

“The first round of guys and girls SUP Surfing has been amazing! The conditions were great. It’s been a perfect day for warming up,” stated ISA President Fernando Aguerre. “We know there is a big swell coming later in the week. It’s going to be huge.” 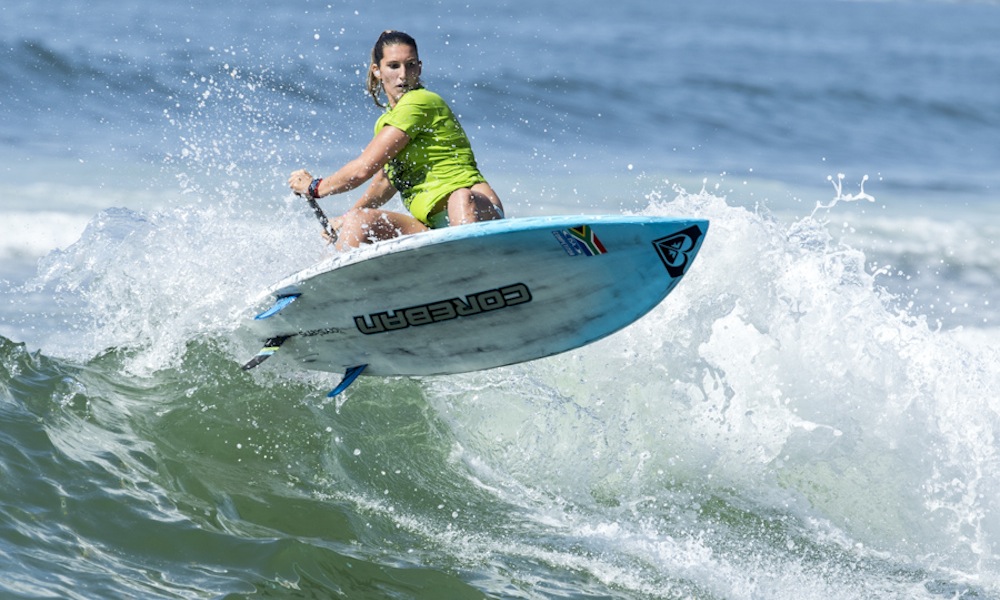 Aguerre continued, “Yesterday we had one of the best Opening Ceremonies in history, with Jalisco and Huicholes dancers. All the teams together, with the friendships and the flags, all of those things make this is a real world championship. As in all ISA World Championships, the world comes to one place. We get together for ten days, and we go home with new friends, having experienced epic times.”

To find a SUP event near you click here.

Day 1 of the event featured the opening Main Event Rounds 1 and 2 of the Men’s and Women’s SUP Surfing. The standouts of the day were U.S.A.’s Sean Poynter (Starboard SUP, FCS) on the Men’s side and Brazil’s Nicole Pacelli (FCS) on the Women’s.

Poynter, the 2013 Gold Medalist, put on a powerful performance in his two heats, which earned him the two highest total heat scores of the day with a 13.20 and a 13.27, respectively. The 25-year-old from San Diego advanced to the next round with ease and is one step closer to the final and potentially a second Gold Medal.

Pacelli, the 2013 SUP Surfing Gold Medalist, scored the highest women’s heat score with 11.26. Count on Pacelli to take advantage of her high placing on Day 1 to rest up and study her competition. 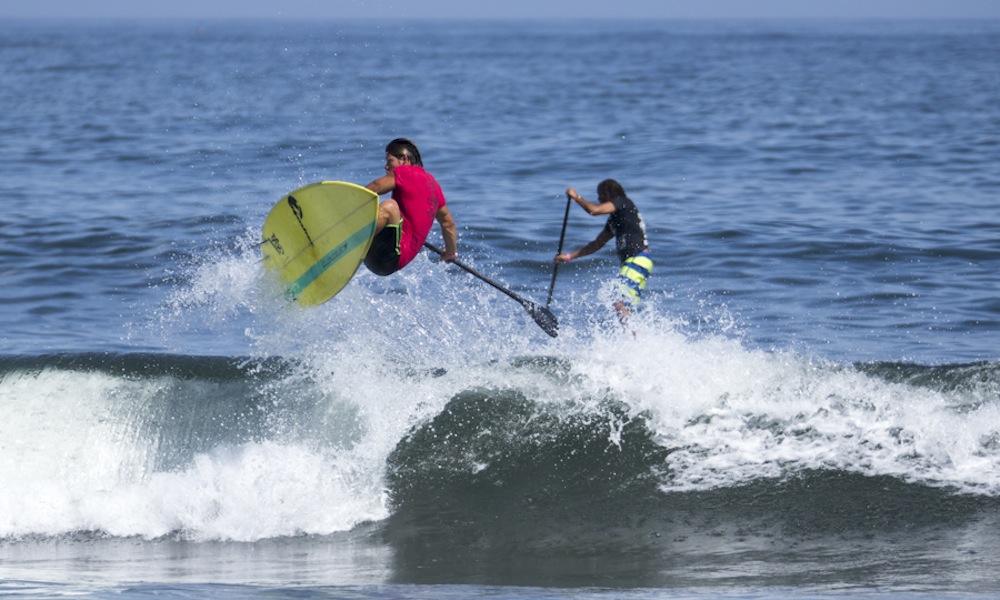 Regardless of the first day’s results, nobody has been eliminated. All the athletes placing 1st and 2nd move on to the next round. All athletes that placed 3rd and 4th move on to the Repecharge Round, where they will get one more chance.

Day 2 of the webcast, will begin with The Morning Show at 8:40am hosted by Beau Hodge and will feature 2013 and 2014 SUP Technical Race Gold Medalist Casper Steinfath representing Team Denmark. Following will be the 20Km Women’s Long Distance SUP and Paddleboard Races.

On the SUP Racing side, defending Gold Medalist from 2014, Canada’s Lina Augaitis (SIC Maui) will be looking to defend her title. However, Augaitis will face stiff competition against newcomers, Candice Appleby from USA and Terrene Black from Australia.

The Paddleboard Race will feature the ISA’s most decorated athlete, Australia’s Jordan Mercer. 2014’s Silver Medalist, Carter Graves from USA will challenge the Australian for the Gold Medal.

For more news on the ISA World SUP and Paddleboard Championships, click here. 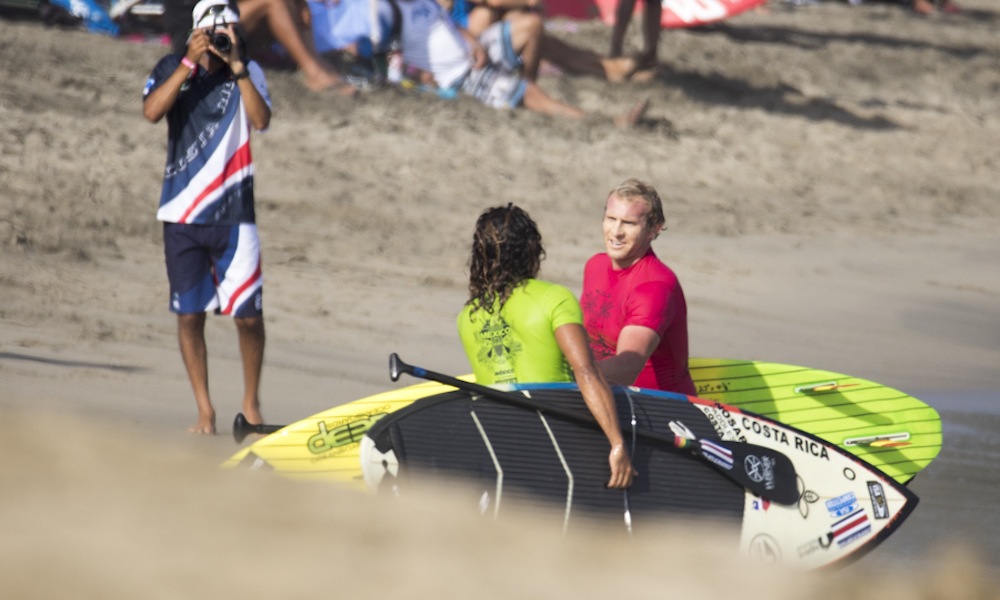 UPDATE: Today on the 2nd day of competition we saw the Women's SUP Distance Race and the Women's Prone Distance race. Below are the preliminary results for both disciplines. Stay tuned for the full recap from Day 2.

The 2015 ISA World SUP and Paddleboard Champions Presented by Hotel Kupuri are: