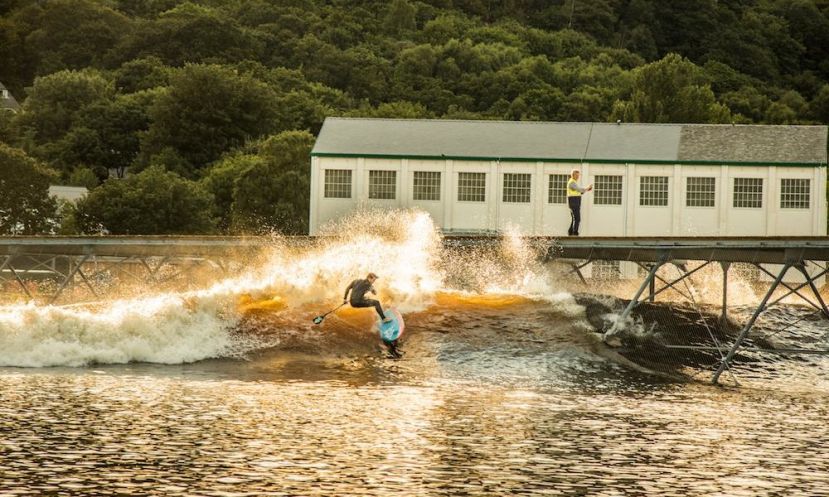 DOLGARROG, United Kingdom - Before opening its doors to the public on August 1, 2015, Surf Snowdonia opened its doors to the Starboard SUP team to test out the manmade wave park. The Starboard SUP team went to the park to test its feasibility for SUP and to see what the local area had to offer. With some of Starboards top UK and World riders in town they made the most of some of the amazing locations for some flat water paddling, white water and of course Surf!! In the video below, you can see Sean Poynter, Izzi Gomez and Zane Schweitzer along with the rest of the Starboard SUP team ripping at the park.

Surf Snowdonia is a manmade surfable wave using pioneering Wavegarden technology. The park offers waves for everyone from the beginner to the advanced and has three separate waves catering for beginner, intermediate, and advanced surfers. For more info on Surf Snodonia, check out their website here.

To see more from Starboard SUP, check out the Starboard Brand Hub here.