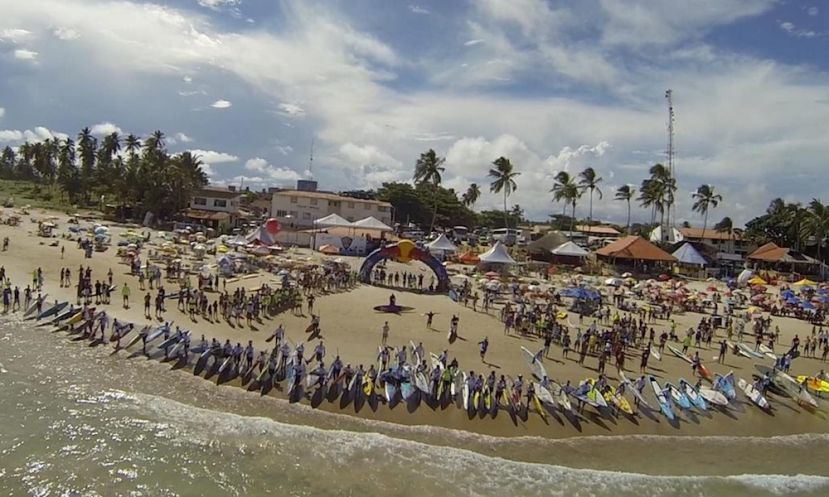 The Brazil Grand Slam for 2015 has officially been cancelled. | Photo Courtesy: Waterman League

OAHU, Hawaii - After the postponement of the Grand Slam event back in March, it was with great disappointment that the Waterman League announced the cancellation of this year’s Stand Up World Series and World Tour stop in Brazil, citing another request for postponement late in the day, leaving them no choice but to cancel for 2015.

After five years of spectacular events for the World Tour & Series in Brazil and having witnessed the sport’s exponential growth in the country and the rising of great Champions (such as 2012 World Champion Leco Salazar, 2x Vice World Champion Caio Vaz and up and coming race talent Vinnicius Martins to mention just a few), it is particularly disappointing to have the Waterman League take this decision, not to mention the inconvenience caused to athletes and organization.

Moving forward, stricter guidelines for global partners that will require an unbending adherence to commitment timelines and not allow for exceptions, no matter how worthy the cause, will help the Waterman League to avoid these unfortunate incidences for all concerned. What this means for the World Series Racing Championship Title scenarios for both men and women in 2015 is that the athletes will have the right to one discard out of the 4 events this year, meaning that their top 3 results will count towards the overall World Title in 2015.

The confirmed events remaining in the 2015 World Series Racing Calendar are as follows:

For the Surfing World Tour, athletes will also be allowed one discard out of the 5 events this year for the men and one discard from 4 for the women, meaning that the men's top 4 results and women's top 3 results towards the overall World Title in 2015.

The events remaining in the 2015 World Tour Surfing Calendar are as follows: