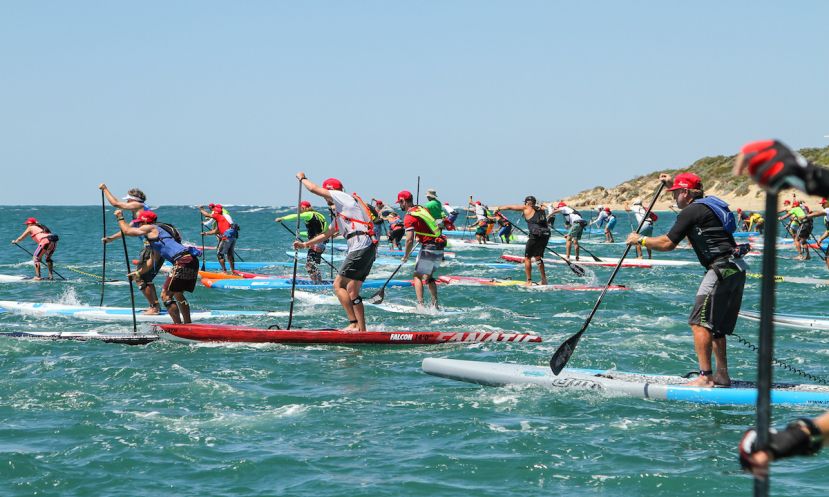 Racers start at the 2016 King of the Cut. | Photo: SUPWA: Woolacott

“SUP is one of the few sports that has started on an even gender basis - all our racing in WA reflects this, so it was a very easy step for us to apply this equality to the prize money for the King of the Cut as it is something we strongly believe in,” Kerr said.

“The majority of competitors are male and about 15 per cent of the field are female, so we felt it fair to offer additional prizes for males finishing in fourth and fifth.

“We are very proud to be able to reward all competitors equally and lead by example in Australia by being the first major SUP event to do so.”

First place prize is $5,000, second prize is $1,750 and third prize is $1,200 for male and female professional classes, as well as a first-across-the-line bonus of $1,000. In the male pro class, fourth and fifth placed racers will receive $800 and $600 respectively, bringing the total prize pool to $18,300, making it the largest prize purse for an SUP event in the country.

“When there isn’t a strong field of female competitors, then, I understand from an organizers perspective that it’s difficult to justify equal prize money as there are less registration fees coming from female competitors.

“It’s fantastic that the King of the Cut organizers have taken that futuristic step with equal prize money, which I hope increases participation from the girls. I think it’s up to us to be more equally represented in the field and I encourage all female SUP competitors from Perth, Australia and overseas to enter.

Competing for world tour points or state representation, King of the Cut competitors will start at The Dawesville Cut at Port Boulevard and finish at Secret Harbour. The King or Queen of the Cut title will be awarded to the first paddler across the line, regardless of board class or age.

The optimal weather conditions namely the powerful and consistent “Fremantle Doctor” sea breeze makes this fast event a favourite with SUP racers. The event is also the headline act of West Oz Downwind Week, which combines five races in the space of a week providing additional opportunities for visiting competitors to race, train and enjoy the camaraderie and festival-like atmosphere. 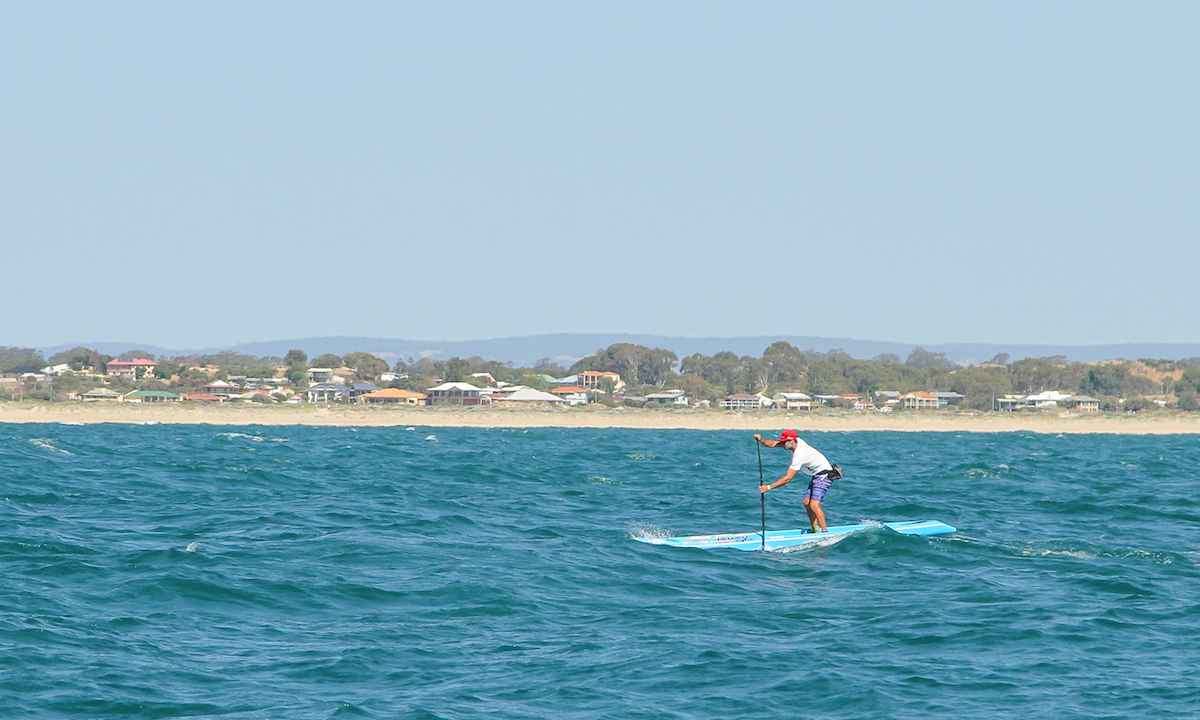 Titouan Puyo on his way to winning the 2016 King of the Cut. | Photo: SUPWA: Woolacott

In it’s sixth year, the 2017 King of the Cut has some exciting additions:

For more info visit the King of the Cut website HERE.