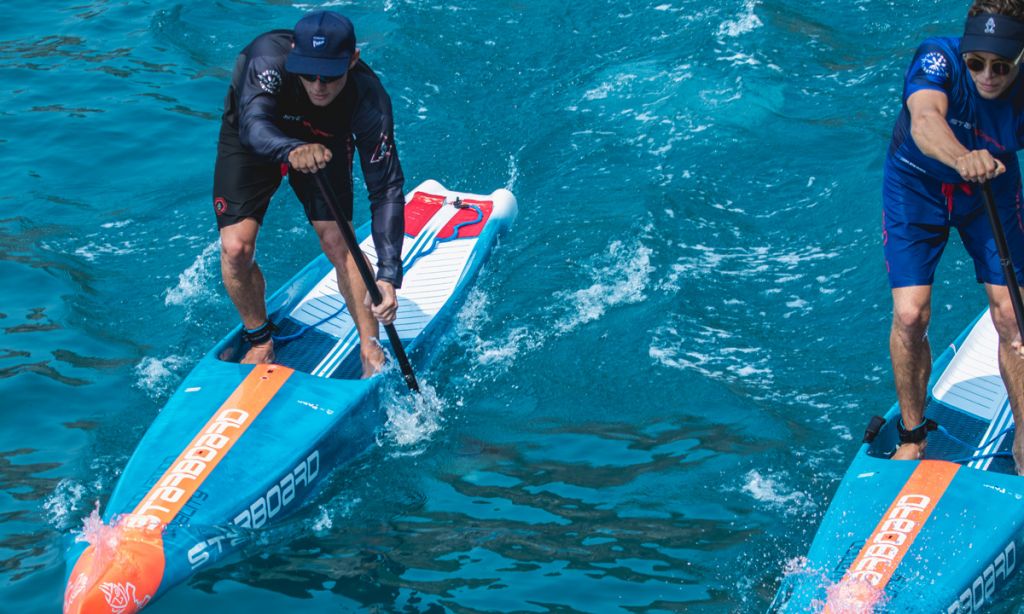 SAN DIEGO, California - The International Canoe Federation has hailed the success of the first in a series of online webinars focusing on stand up paddling, with more than 200 people from all over the world logging on to listen to two of the biggest names in the sport.

World champions Connor Baxter and Fiona Wylde hosted the forum, which was held in conjunction with leading paddle board manufacturer, Starboard, and covered topics ranging from physical and mental race preparation, avoiding injuries, the best equipment and how to execute race turns.

“It was awesome to see the number of people on the call,” Wylde said. “It was a great mix, too. There were experienced paddlers, beginners, coaches – a real cross section of the paddling community. I can’t wait to catch up with them all next year at the ICF world championships in Hungary.”

The ICF whatSUP webinars are the latest in a series of online forums the federation has been running during 2020, when most of the world has been in lockdown and unable to get on the water to compete. ICF SUP coordinator, Hoichan Kwon, said there is plenty of appetite in the community for online learning sessions.

“We had more than 600 people register for Connor and Fiona’s session, which means even if they couldn’t join the live broadcast, they want to watch at a time more convenient to them,” Kwon said. “That’s an incredible number. And to have more than 200 people join live online, on a Sunday in most parts of the world, speaks volumes for the interest in stand up paddling. Having Connor and Fiona as presenters is obviously also a tremendous drawcard.

“In the coming week we will host more forums, featuring 2019 ICF SUP world champions Michael Booth and Sonni Honscheid, as well as Olympic gold medalist and SUP supercoach, Larry Cain. And we’re already getting lots of suggestions for other topics we can cover.”

On Wednesday Booth and Honscheid will take over the broadcast, while Cain’s webinar will take place on Sunday.

More details of both forums can be found here.