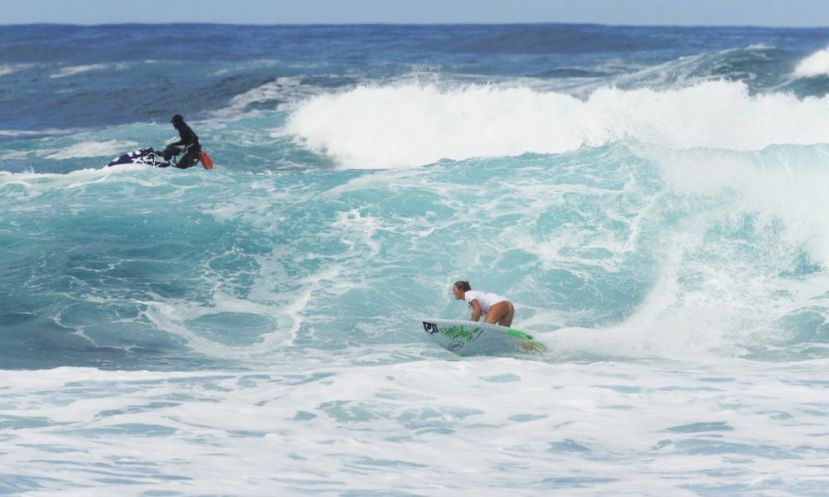 SULTAN, Washington - 17 year old Waterwoman, Fiona Wylde, has had a pretty insane start to 2015 and just wrapped up her first big competition of the year with an awesome finish. Re-signing to be a part of the Werner Paddles family was exciting news but she then added on a new sponsor when she became part of Team Starboard for both SUP and wind sports. (Fiona is currently one of the top competitive wind surfers in the World and rips in kite gear too.) She got to testing her new boards and breaking in some new Small Fit paddles (which she helped R&D) just days before the first Stand Up World Tour event on Oahu. Her first year as a full time competitor on the tour, she wanted a solid start to the season and got it with a 7th place finish against some of the world's best women. She made this statement fresh off the water.

"I've just completed the first event of the 2015 Women's Stand Up World Tour at Turtle bay on the North Shore of Oahu. Unfortunately I did not make my goal of reaching the finals at this event. After having a great heat in the quarter finals and posting the highest heat total of the event, I wasn't able to back it up in the semis. Consistency and heat strategy are my biggest things that I am working on now along with improving the power of my surfing. Although I am bummed that I did not make my goal in terms of results, I am excited to learn from my mistakes and build on this opportunity. The next Stand Up World Tour event will take place the middle of April in Sao Paolo, Brazil. See you on the water or at least on the web!"

Congrats Fiona and try to get a short break.