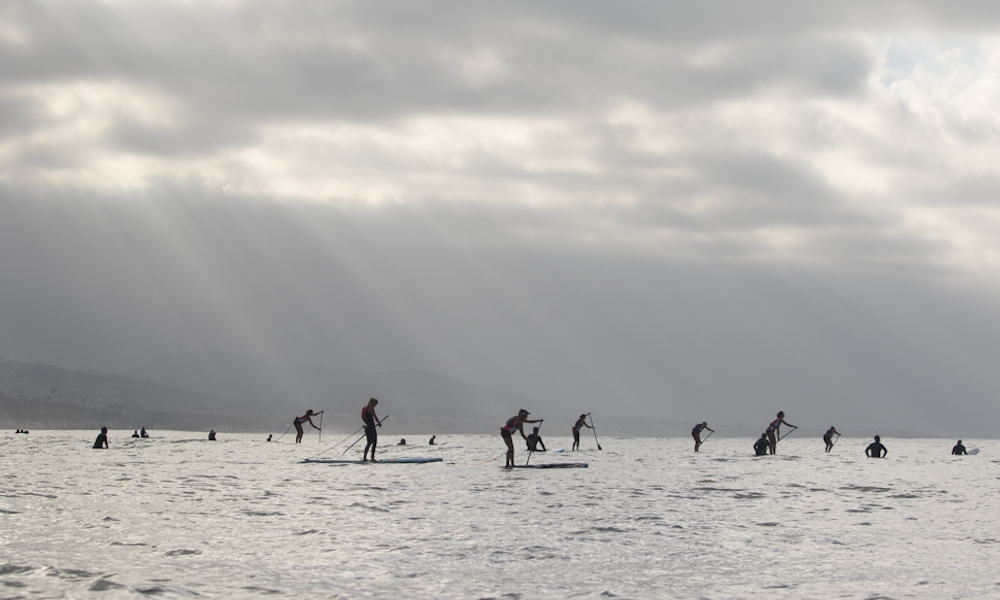 DANA POINT, California – Standup paddling’s biggest weekend of the year culminated Sunday with the dramatic final rounds of the 2016 Pacific Paddle Games presented by Salt Life. With the biggest prize in standup paddling on the line, the world’s best paddlers put on a show that will be talked about for months. At the end of the day, it was Connor Baxter and Candice Appleby who were crowned overall champions at #PPG2016 for the second year in a row – each taking home a cool $8,000.

The road to get there was filled with dramatic twists and turns on a wild day of racing at Doheny State Beach. The morning began with the Men and Women’s Pro Distance races. With uncharacteristically strong south winds leading to some significant morning sickness, racers had to fight through grueling, choppy conditions that added a downwind/upwind element to the races. Overcoming the challenging conditions were Kiwi Annabel Anderson and Australian newcomer Michael Booth, who each won their respective races in dominating fashion. 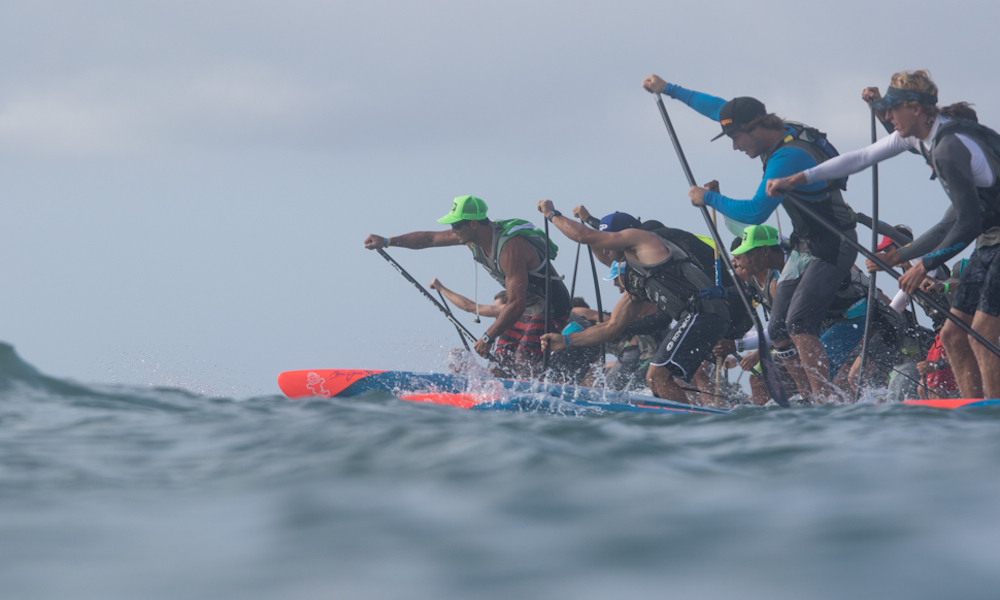 “I’m really stoked to win the biggest distance race in the world,” said Booth, who only started paddling SUP in the last year after years of OC-1 and surf-ski paddling. “I worked really hard on my training in Europe and it paid off, this is definitely the biggest win of my career so far.”

While the top finishers checked out early, the battle for second place became the focus of attention. After battling for nearly an hour, Connor Baxter and SIC Maui's Georges Cronsteadt settled their struggle with a sprint up the beach – with Baxter prevailing by a mere three-tenths of a second. The Women’s race also featured a thrilling three-way battle for second between Shae Foudy, Candice Appleby and Werner Paddles athlete Fiona Wylde. After Wylde fell before reaching the shore, it came down to a footrace between Appleby and Foudy – a race Foudy would narrowly win to claim second. 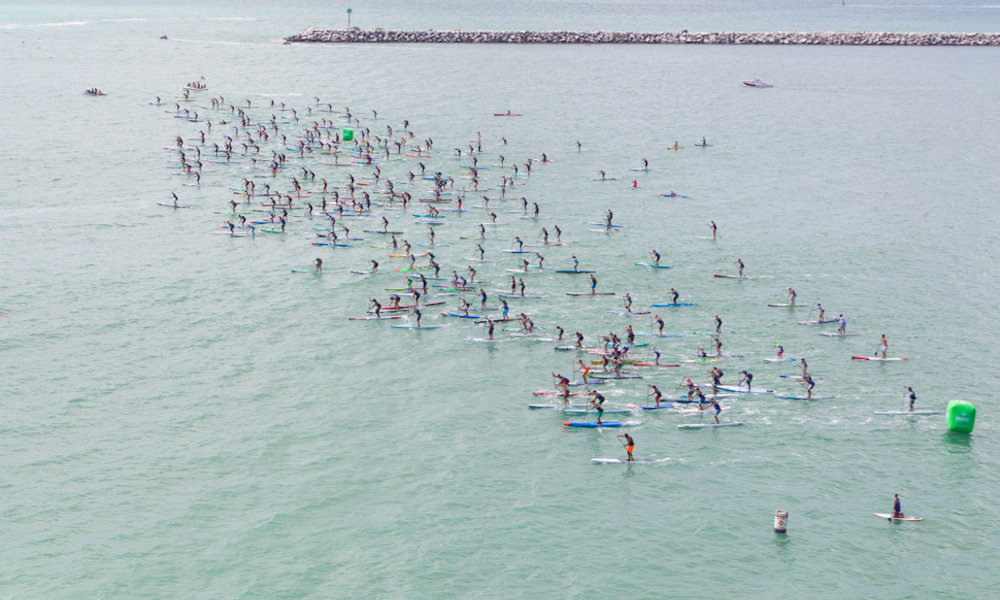 After the Pros finished, over 200 Open paddlers were given their chance to take on the 3-Mile or 6-Mile Open Distance race. Defining “couple goals” – husband and wife duo Jay and Anik Wild won the overall 6-Mile SUP Distance race for the Men’s and Women’s division.

Finally, it was time for the most anticipated races of the weekend – the Pro Men’s and Women’s Technical Finals. The ladies started things off by thrilling the crowd with one of the most dramatic and action-packed races in SUP history. After 17-year-old Shae Foudy got off to a strong start, the race evolved into a three-way battle between Foudy, and veterans Anderson and Appleby. The trio swapped the lead several times throughout the race due to mistakes, timely waves and the simple will to win. As they approached the final buoy, Foudy fell while battling Anderson for the lead and it looked like the Kiwi would win the race and claim the overall title at #PPG2016. But then the race took an unbelievable twist.

The Women's Technical final was a battle until the very end! | Photo courtesy: Pacific Paddle Games

Anderson apparently lost track of which lap it was and rode a wave towards the far buoy for another lap instead of heading towards the beach and the finish line. This chain of events opened the door for Appleby who was able to outpaddle Starboard's Fiona Wylde and Foudy, who were riding a small bump behind her, to claim the race victory and overall title at #PPG2016.

“I saw Annabel and I were on the same wave but when I saw she was going the other way, I pulled off the wave too,” Appleby said. “Then I saw the girls coming behind me and I just knew I better paddle my buns off. I’m just really, really grateful to win.”

Despite a frustrating fourth place finish in the race, Anderson explained her miscue following the race. “Sometimes you get so focused in the moment and don’t pick up on the little things,” Anderson said. “These things happen but I’m not worried at all, I’m glad we put on a good show!” 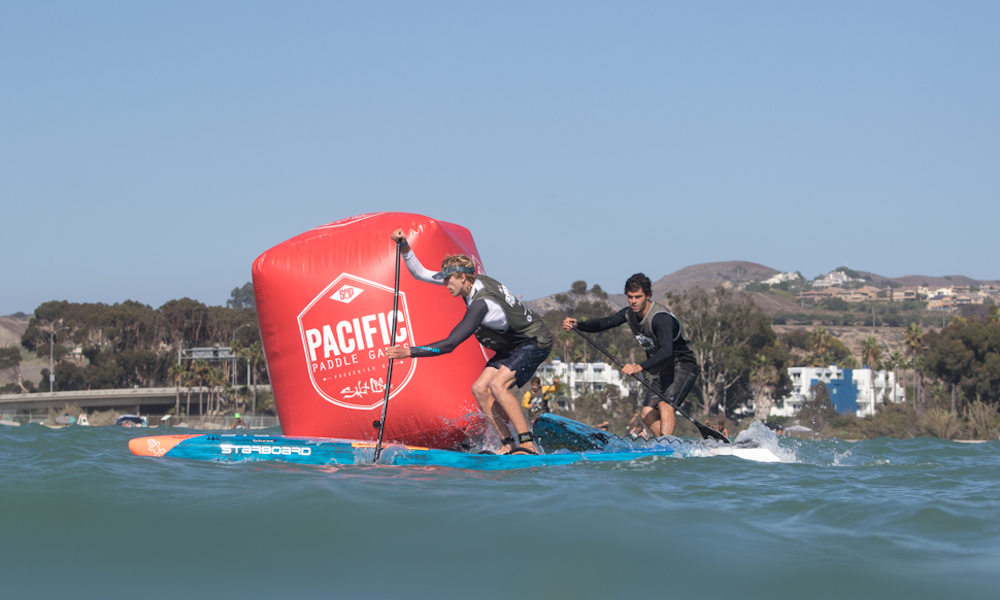 After the beach collectively caught its breath, it was time for the Men’s Pro Technical Final. Mo Freitas, who sat out the Pro Distance race earlier in the day with lower back pain, jumped into the lead after a strong start. While Freitas grew a sizable lead, the rest of the pack jockeyed for position with 14 paddlers riding a single wave at one point.

The turning point of the race occurred on the second lap of the three-lap race when Naish's Kai Lenny, Slater Trout and Starboard's Connor Baxter all caught a wave to track down Freitas. The four paddlers charged into the feared “Hammer Buoy” with Baxter using a smooth, aggressive inside turn to emerge with the lead. From that point on, Baxter was able to extend his lead and glide to victory in the season’s biggest race.

“This is what I’ve been training for and I’m just really stoked on this moment,” Baxter said. “This is the one race we all come together from all over the world for and it’s just an incredible feeling to win.”

Following Baxter in the Pro Men’s overall event standings were Starboard's Michael Booth in second place and NSP's Travis Grant coming in third. While Candice Appleby won the Pro Women’s overall event standings, Shae Foudy came in second with SUP Think Tank's Annabel Anderson in third. As for the Manufacture’s Team Challenge, it was Starboard who came out on top and claimed a year’s worth of bragging rights. 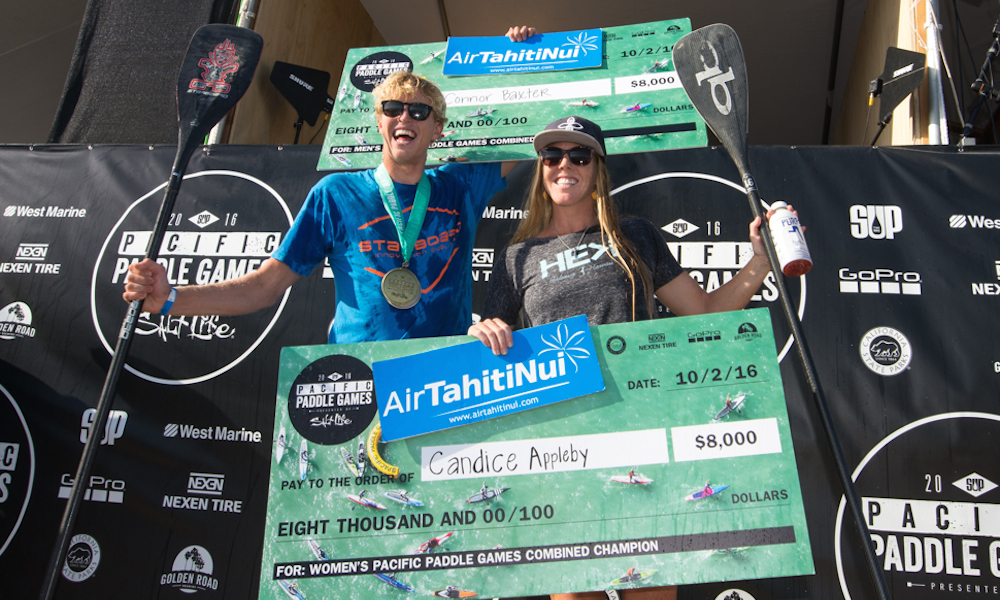