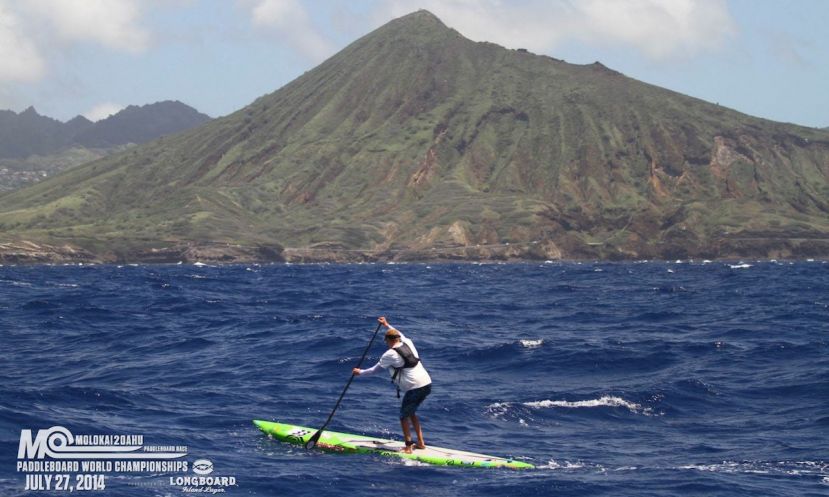 2014 champ Connor Baxter will be looking to take the title again this year in 2015. | Photo: © Angel King Productions.

MOLOKAI, Hawaii - The 19th edition of the Molokai to Oahu Paddle Board World Championships (M2O) is ready to kickoff another exciting year of the legendary Ka'iwi Channel crossing on Sunday July 26, 2015. The 32-mile M2O race was first founded in 1997 and has grown from a grassroots challenge for local athletes to a world class event in prone paddle boarding and standup paddle boarding. This year is sure to be another record-breaking year as top athletes around the globe in each discipline have been training for months to prepare themselves physically and mentally for their trek through the "Channel of Bones." Here is a breakdown of what we can look forward to:

The M20 crosses the infamous 26-mile Ka'iwi Channel, which translates to "Channel of Bones" and it certainly lives up to that name. The Ka'iwi Channel is one of the most dangerous bodies of water in the world having howling winds and open ocean swells making their way through the narrow channel between the islands of Molokai and Oahu. With the combination of these dangerous winds and waves the Ka'iwi Channel isn't a place for the ill-prepared whether it be physical or mental. This infamous channel has taken the lives of many and is to be crossed with extreme caution. That being said, the M2O is largely a downwind race and starts at Kaluakoi Beach on Molokai and finishes at Maunalua Bay on the island of Oahu.

This year, 300 competitors from 16 countries will come together to race to the finish line and attempt at breaking the current world records. This year will see past champions looking to reclaim the top spot and a new field of up-and-comers who want to put themselves to the test and see if they have what it takes. Here's who you should look out for: 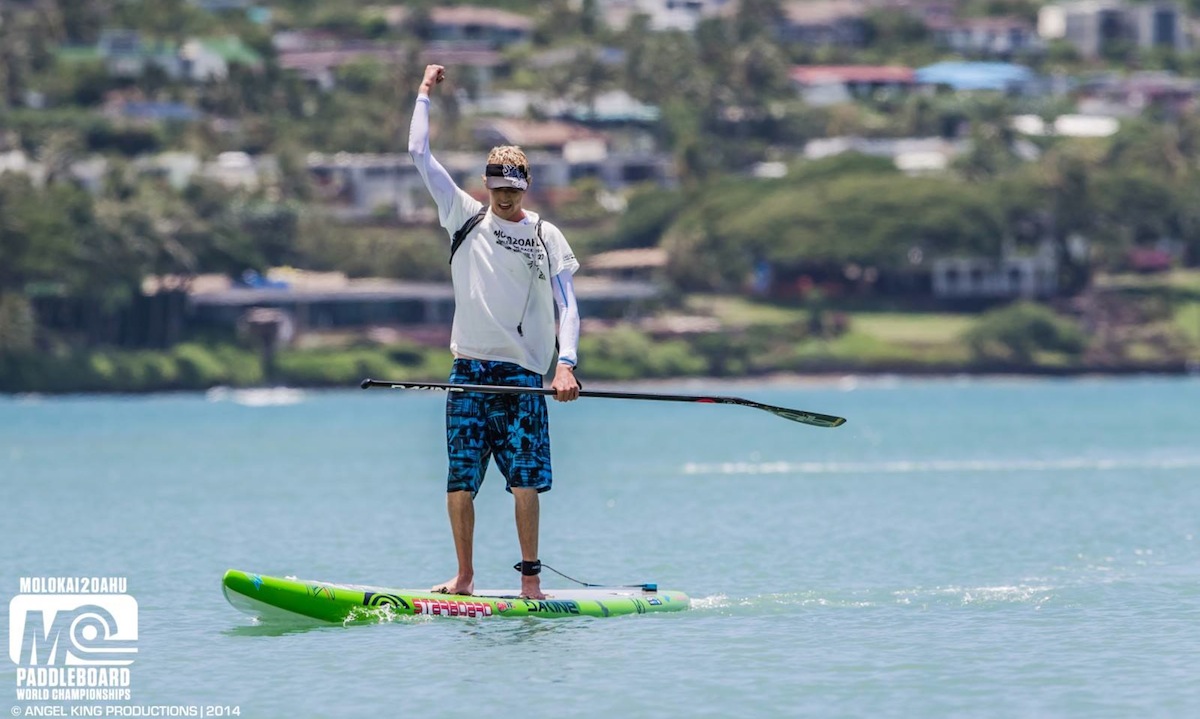 Just call this man the King of Ka'iwi. 20 year-old Connor Baxter (Starboard) is a house-hold name in stand up paddle racing and he not only is the winningest male in the SUP category at the M20, but he also holds the current record for the fastest finish when he won it last year in 2014 with a time of 4:08:08. Baxter is a beast and will be the man that everyone is looking to beat in the Unlimited SUP Division. 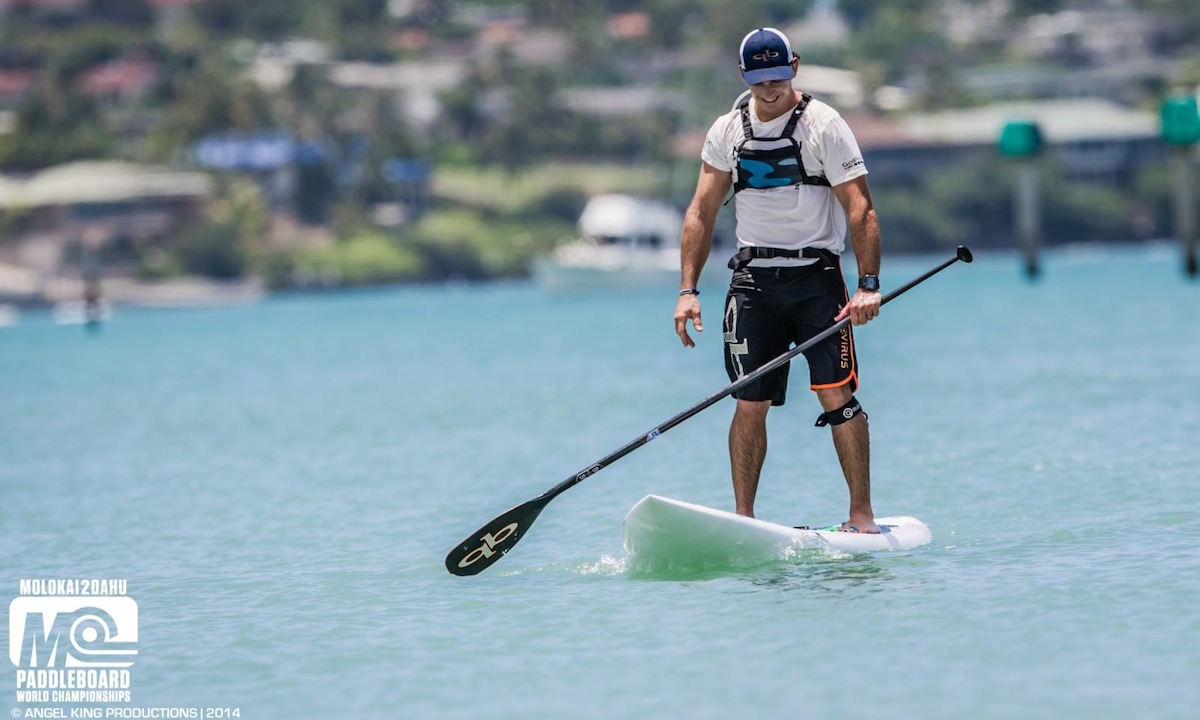 Travis Grant (FCS) is also a champion at the M2O taking the win in 2013 and finishing runner up to Connor Baxter last year. Grant is one of the few guys who can and will take the title from Connor and with a commanding win earlier this year at the Carolina Cup, Grant has a ton of confidence and momentum coming into this race. 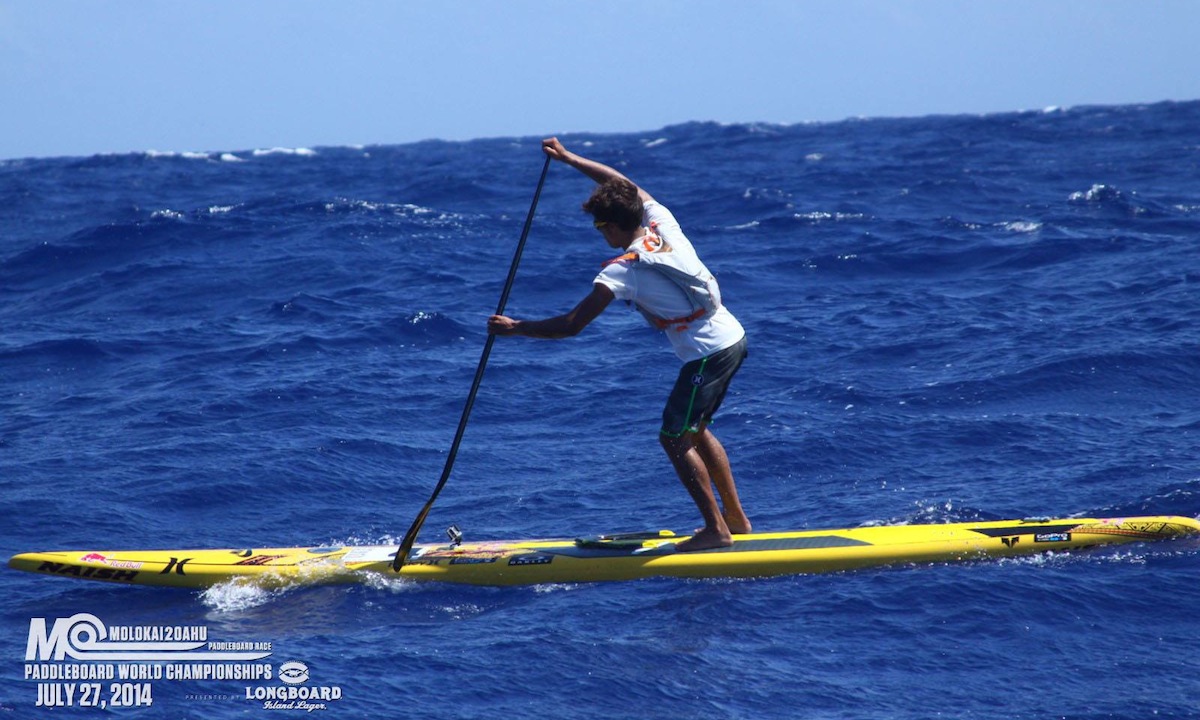 Kai Lenny (Naish) is the current record holder for the SUP men's stock record set in 2012 and he has only gotten stronger since then. Lenny has been training hard for this years race (just check out his Instagram to prove it) and is ready to come swinging out of the gates. Lenny has been relatively quiet this year and is due for a big win, could the M2O be it? 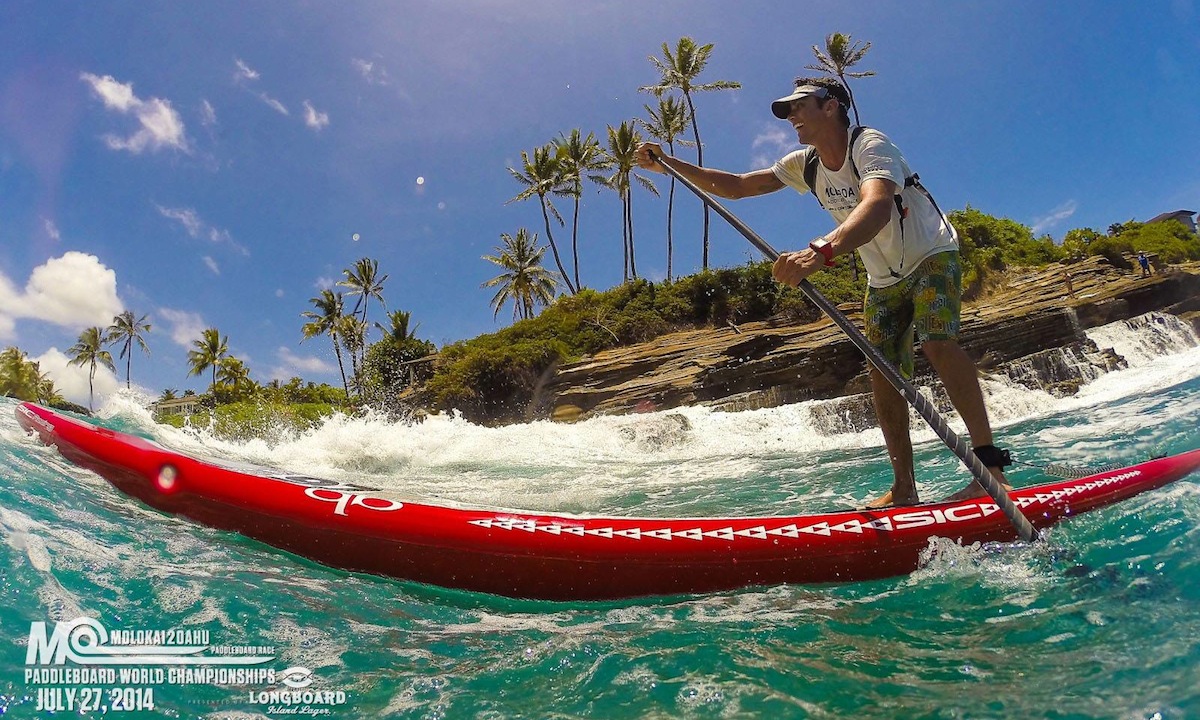 Brazilian born but now Hawaii resident Livio Menelau (SIC Maui) is our dark horse pick for this event. Menelau has a top 3 finish at the 2012 M2O and it's only a matter of time before he finishes on top. Menelau is a strong competitor and is likely to finish on podium once again this year. 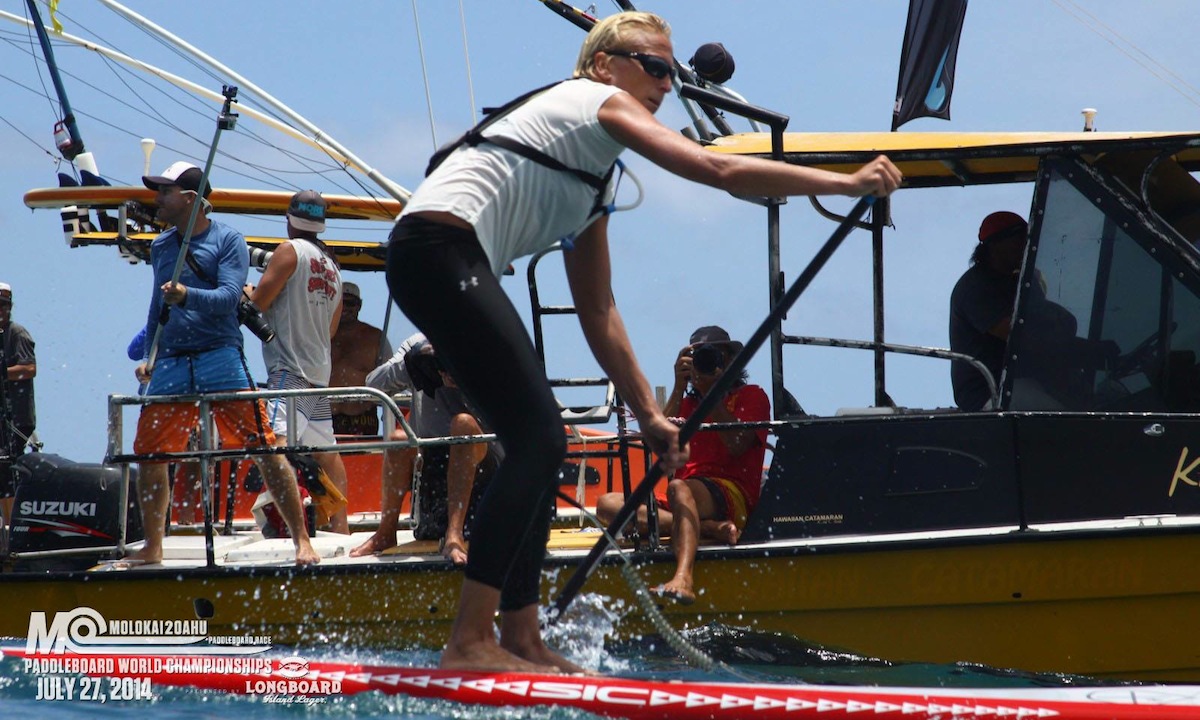 Germany's Sonni Hoenscheid (SIC Maui) is the woman to beat this year at the M2O. Hoenscheid is the current champ, but also her performances in other races this year have her riding with a ton of momentum. Hoenscheid's performance last year was commanding and she's looking to once again have the field chasing her tail. 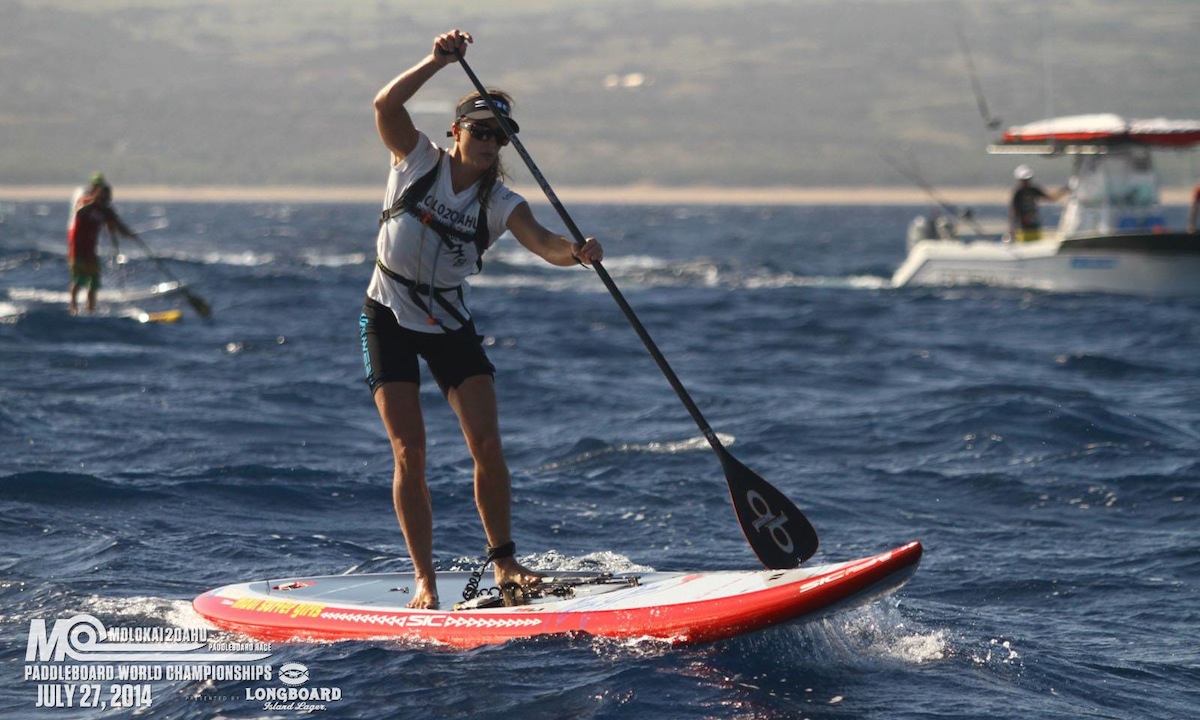 Brazilian born and now Maui resident Andrea Moller (SIC Maui) is what you would call an M2O veteran. In 2015, she'll be coming back for the seventh time and looking for her third M2O title. Moller is coming off of her 7th consecutive win at the Olukai and has downwind paddling to a fine science. It wouldn't be surprising if she won her third M2O title this year.

Kailua Kona's Jenny Kalmbach is another M2O veteran and 2015 will be her seventh year competing in this race. Kalmbach is a former M2O champ and was the first female to finish sub-eight hours in her 2009 victory. Kalmbach has been the runner up for the past two years, in 2013 and 2014, and you can bet that she's trained hard over the past year so that she can come out on top once again. 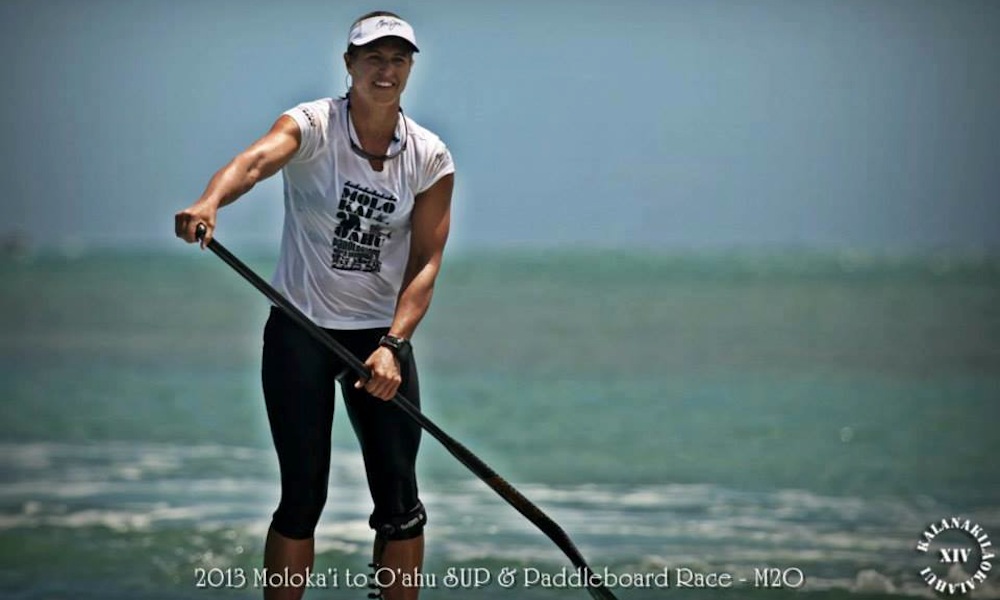 It is sure to be another exciting year at the Molokai to Oahu Paddle Board Championships and we can't wait to see how the event unfolds. You can follow the event LIVE as all the action unfolds by visiting the M2O Website here. In the meantime, check out the promo video for this year's event, race records and schedule of events below. 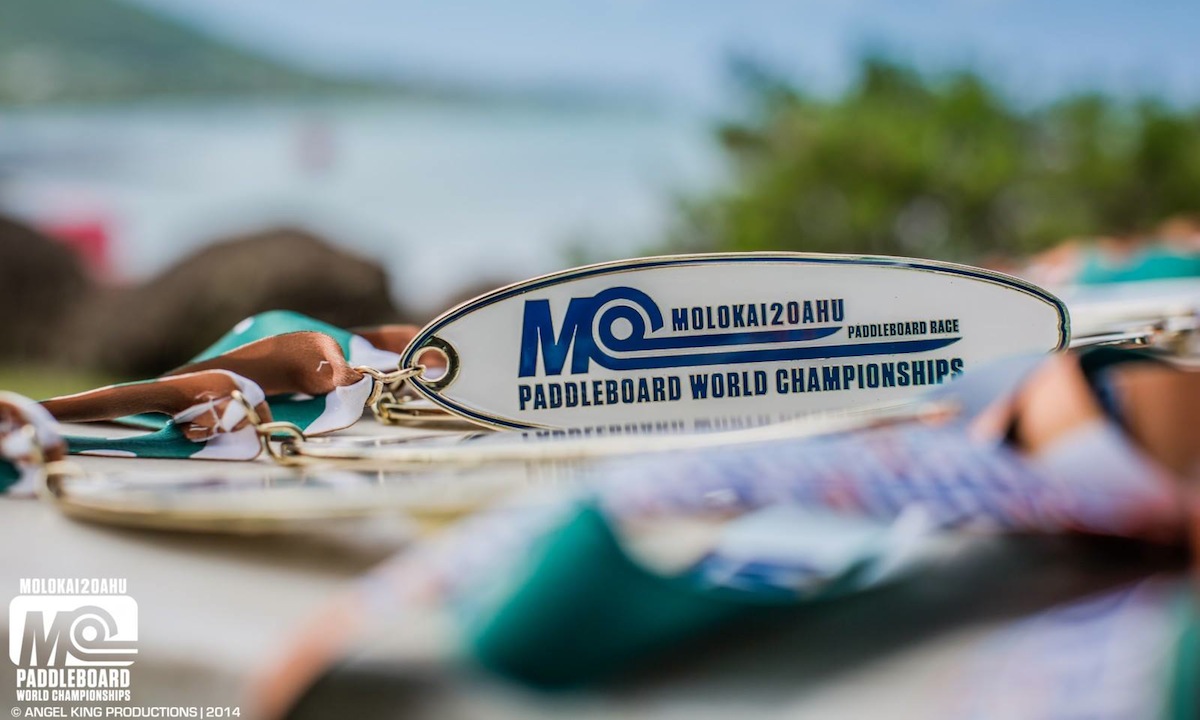 Who will win the M2O this year?! | Photo: © Angel King Productions.

Race Registration and MANDATORY Check In

*The Awards Party is FREE for paddlers, guests are $30 each.
(dinner includes two Kona Brewing beers). Tickets will be distributed at the door at the Outrigger Canoe club starting at 6:00pm.

For more info on the Molokai To Oahu event, click here.

More in this category: « Standup For The Cure Muskegon Shatters Expectations Paddle Boarding Being Featured At 2015 Crossfit Games »