Awards
updated 8:00 AM PST, Mar 1, 2021
Headlines:
The Common Misconception of Stance: Recently while at the beach and during r
What Are the Mental Health Benefits of S: One major reason that so many individual
Paddle Logger Shortlisted for the 2021 S: Paddle Logger, a multi-award winning mob
Paddle Boarding Israel: I bet you never thought of Israel as a g
Tips for Stand Up Paddling with Your Dog: Would you like to experience a whole new
Outdoor Retailer Summer Moves to August: Mark your calendars, the Outdoor Retaile
Weekly Recap 2/23/2021: Welcome to the Supconnect Weekly Recap,
Stand Up From the Crowd With A SUP Party: When planning an event or party, finding
5 Often-Overlooked (and Critically Impor: While stand up paddle boarding is genera
Gold Coast SUP Paradise: When you think of Australia you may thin 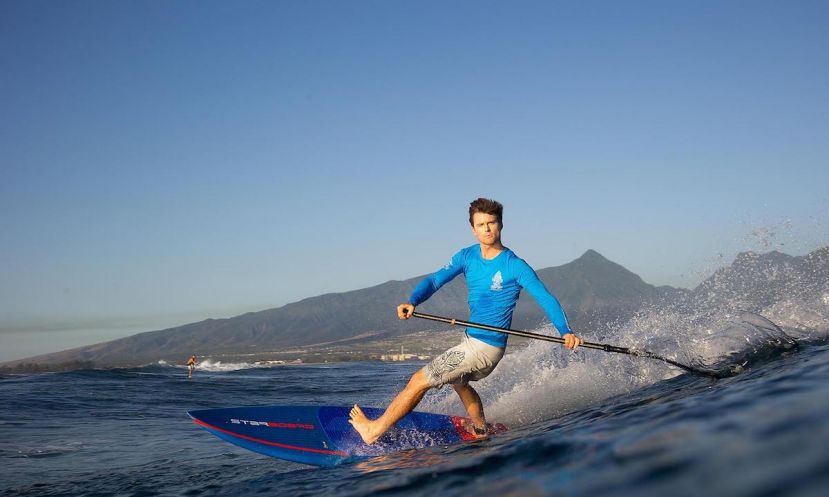 SAN DIEGO, California - Recently, when spending time at the beach I’ve noticed a common error in people paddle surfing in the line-up: their stance.

Stance in the line-up is one of the main important items we teach at our SUP ‘n’ Surf Retreats (SNSR). Why?

It’s a big misnomer that you get more balance in the surf when your feet are in direct parallel stance (ski stance), and that it is the appropriate stance. It’s not. What all of us coaches teach at SNSR, is Parallel Surf Stance. This stance is your basic staggered stance. It’s the stance between parallel stance and full surf stance. As seen below.

The benefits of an appropriate stance are huge. Let's go into more detail...

Being in Surf Parallel Stance whenever you’re in the line-up gives two benefits in stability. 1) It provides sideways (left and right) balance and 2) front and back (nose and tail) balance. Think about it. In parallel stance, you have only the length of your feet to provide forward and backward stability. By staggering your stance you now increase your stability by however much distance apart forward and backward you split your feet. The ocean is known for currents, rips, and waves that will destabilize you in every which way. Having a stance that not only provides stability sideways (parallel stance) but one that provides stability sideways AND front and back (Parallel Surf Stance) is the way to better stabilize yourself. 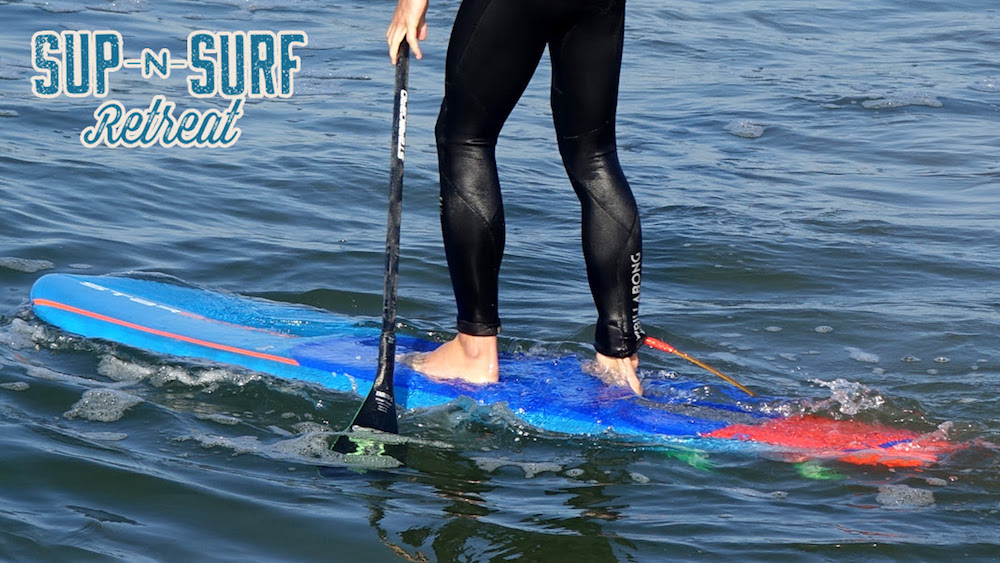 Speed up the wave catching process.

There are three transitional steps of stance before getting into riding form on a wave. There are 1) parallel stance, 2) staggered stance (a.k.a. Surf Parallel Stance) and 3) surf stance. When you’re attempting to ride a wave, you have to be in surf stance, there’s no way around it. You can’t ride a wave well unless you’re in surf stance, and hell, it’s tough enough CATCHING a wave if you aren’t in surf stance. So the idea is to start one step into the process. We know it provides added stability, and now we know it lessens the time to get into that optimal 'surf stance'. So give this a go, speed the process up and enjoy the benefits.

How so? Because you now have the added width between your two feet to stabilize you when the whitewater comes a plowin'. Much like this stance does for your wave riding it does for your climbing over whitewater. It takes one step out of your process and readies you for a pivot climb over whitewater. Same final third step to do that pivot climb. Get there quicker with staggered stance. You’ll stay dryer and won’t exhaust yourself as much.

There is also a hidden benefit of standing in Surf Parallel Stance. That is, surfers perceive you as knowing what you’re doing. I believe this is because you’re only one step away from what they’re used to seeing on a board, surf stance, a familiarity. Parallel is much too foreign to them and they write you off completely when you’re standing in that position in the surf.

Enjoy this tip and paddle on!

San Diego, California - Sean Poynter is one of the world’s best stand up paddle surfers. Sean comes from a traditional surfing background where he was easily able to make the transition to SUP surfing and became one of the pioneers for progressing SUP surfing to the level that it’s at today. Sean proves SUP can be taken beyond flat water and into the waves for electrifying surfing performances.

Website: www.seanpoynter.com/ Email This email address is being protected from spambots. You need JavaScript enabled to view it.

More in this category: « How You Can Help The Earth Through Paddle Boarding How To Get Your Kids Interested in SUP »