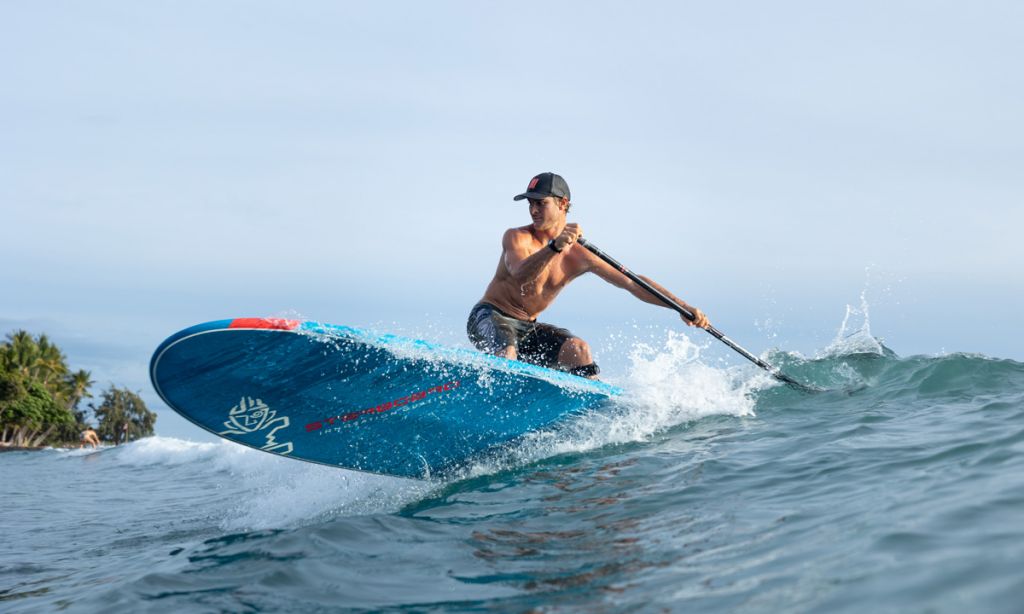 Learn a few things about using a longboard shape SUP for some extra fun this summer! | Photo: Local Sessions Magazine

WRIGHTSVILLE BEACH, North Carolina - According to most of the historical accounts that I have read, Rabbit Kekai and the Wakiki Beach Boys created the sport of paddle boarding on Longboards. Rabbit and his crew figured out that standing up on an overgrown longboard with a paddle was the most effective way to teach "Joey from Poughkeepsie" how to surf. Throw in 20 years of guys like Laird Hamilton experimenting with this idea, and you've got a full blown sport that has been embraced by a lot of us that grew up surfing without a paddle.

According to legendary Hobie Shaper Mark Johnson, there are design differences between a shortboard style SUP and a longboard style SUP. "The first would be outline; the shortboard tends to have a pulled in nose and tail. The longboard has a fuller longboard outline with a round wide nose and a fuller tail. The other main difference is rocker; the longboard style SUP has a flatter entry rocker (less rocker in the nose) and less pop in the tail (less kick). The overall rocker on a longboard style SUP is more consistent rocker throughout the board. Other than that, the bottom contours, our shortboard style boards and longboards are basically the same. The only area that would be a little different is in the tail. I add a bit more vee from rail to rail in the longboard because the tail is wider. This slight adjustment makes the board be a little looser and allows the board to go from rail to rail faster."

Most beginners would need a longboard shape of at least ten feet in length; 30 inches in width; and 4.0 inches in thickness. There are a number of boards out there that fit that bill, including the Starboard Nut Series and the Naish Nalu Series. The Naish Nalu (pictured above) comes in 10'6" - 11'6" lengths with volumes of 160 - 231 liters, and will work for riders of all shapes and sizes. Recently, a friend of mine with no surfing background purchased the 10-6 Nalu. By the end of the first hour he had caught his first wave and by the end of his second surf session he had 10 waves under his belt. "Stoked" is now a term frequently heard around his house.

The Starboard Nose Rider (pictured below) "offers the opportunity for graceful 1960’s nose-riding style. It combines the attributes and feel of a classic nose rider with modern high-performance stand-up paddle boarding. The board features a large and deep teardrop nose concave which enables the hull to plane out extremely well when up on the nose, resulting in a smooth, fast and stable nose-riding sensation. It catches waves like no other and sports head turning performances when riding off the tail. The Nose Rider is equipped with a unique fin setup that optimizes stability and straight planing when on the nose, and quick turning when riding off the tail."

As your skill level increases you can down size. One of the design trends that is becoming very successful in the longboard arena is to increase the responsiveness of the board by reducing its width and thickness. According to Hobie's Mark Johnson, "the whole idea behind all of our surfing SUP’s is to make them fast, loose and project out of turns. Our boards are targeted for a rider that wants to surf with a more progressive style, with hard turns on critical spots on the wave."

The Hobie RAW CMLB Series (below) is targeted at experienced surfers that want the wave catching ability of a longboard shape, but are also looking for the performance associated with lighter weight construction, pulled in rails, a thinner profile and concave bottom contours. The RAW Series comes in 9-0 to 10-6 lengths, with volumes ranging from 137 - 168 liters. Hobie even has a custom program whereby they can tweak colors, length and dimensions to meet the needs of the most dialed in longboarder.

The Hobie RAW CMLB Series is targeted at experienced surfers that want the wave catching ability of a longboard shape, but are also looking for the performance associated with lighter weight construction, pulled in rails, a thinner profile and concave bottom contours.

After surfing for almost 45 years now, I am convinced that "fin selection" is even more important for stand ups than traditional surfboards. It may be because of the larger size of standup boards, but taking advantage of some of the high performance surf fins on today's market is also critical. Most longboard shapes today come with a 2+1 setup which allows for versatility in the waves that you ride and how you want to attack them. If you are in a "point and shoot" mode and you want to do some old school nose riding, a larger 9" single fin in the center slide box would be the ticket. If you are in "performance" mode and you want to mix it up with some turns out and a little nose time, put in some FCS Performer fins with a small center fin and matching side bites.

Which Style Suits You Best? 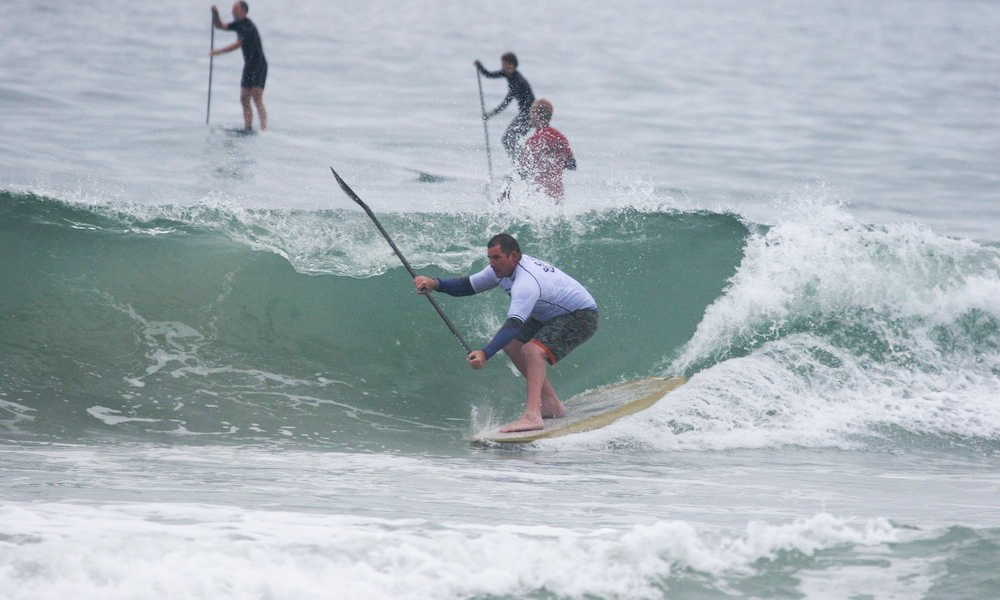 The Hobie/Salt Life SUP Surf Pro-Am was held in April in Wrightsville Beach. A longboard specific division was included and was one of the more popular divisions with 16 participants. It became evident in this contest that even within the longboard segment, you can follow your own path. Are you a traditionalist like North Carolina's Chris Hill? This 225 pound stone mason likes to "camp out" on the nose. Are you more into the performance side like Colin McPhillips, the winner of the 2015 Pro-Am? Even young guys like Fisher Grant paid homage with his old school nose riding skills, wrapping up 2nd place in the event.

Where Can I Find the Right Longboard Shape?

There are a number of good longboard style stand ups on the market right now. Those companies with well established surf backgrounds seem to be the most dialed in. Boardworks, Hobie, Naish, Riviera and Starboard offer proven longboard shapes for all levels. It's hard to go wrong with anything offered by companies that combined, have over 150 years of surfboard design under their boardshorts.

For the newbies; go out and give it a try, but be respectful of those around you. Don't charge the main peak on your first day with an 11 foot board! For the experienced surfer; if you want to broaden your skill set and get some serious wave time, adding a longboard style standup to your quiver is a must. As Hobie's Sean Douglas told me "The longboard designs are where it’s at for the everyday Joe who surfs, but has a Monday – Friday career, a mortgage, a wife, 2.5 kids, and a dog. The weekends are precious and too short to waste a lot of time trying to figure out a popsicle stick." Aloha Y'all

More in this category: « How To Catch A Wave On Your SUP How To Maintain Your Inflatable SUP Pump With Red Paddle Co. »