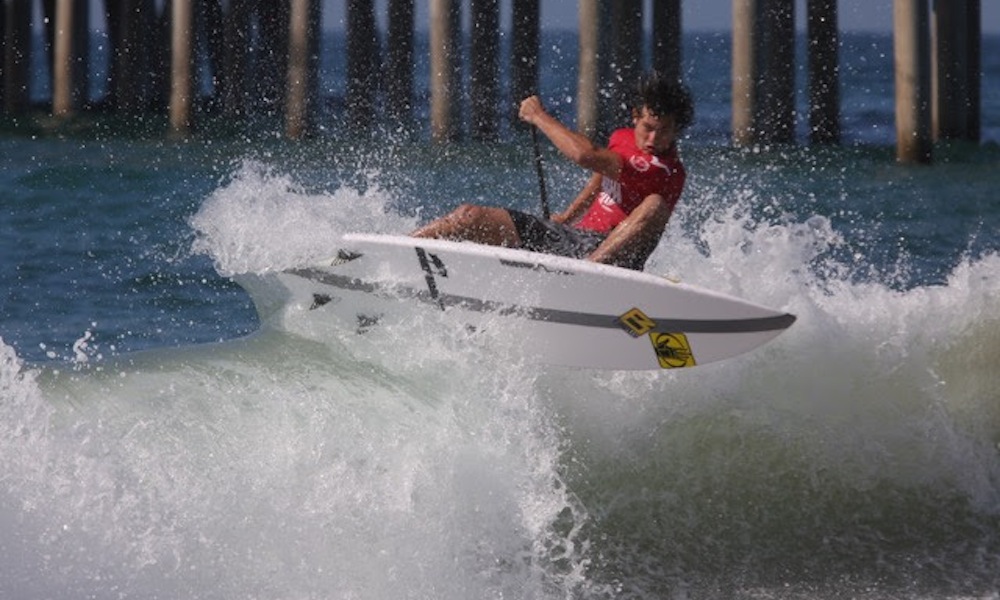 A full day of action sees stand out performances, surprise exits and the tightest World Title Race in history for both Men and Women. | Photo Courtesy: Waterman League

HUNTINGTON BEACH, California - With perhaps the best forecast of the week coming today, it was always going to be a marathon day of action at the 2015 US Open of Stand Up Paddling, as action got underway at 7am with the 2nd half of Men's Round 1. You can check out the highlights in the video below.

There were some stand out performances throughout the round, in particular from Zane Schweitzer (Starboard), who is one of the primary World Title Contenders coming into this event, but also seems to be a man on a mission here in Huntington, looking hungrier and more focused than ever. Zane will come up against another Maui hot shot, Bernd Roediger who has a great track record at Huntington and continues to make his presence felt on the Stand Up World Tour.

Another Hawaiian who stepped up his game was the young phenom from Haleiwa Oahu, Mo Freitas (Focus SUP). Despite a strong performance in Round 1, he fell to the stand out performer and winner of the Trials event Felipe Rodriguez from Mexico in a fiercely fought out battle. However, Mo was not going to make the same mistake twice, as he went out in the repechage and put on one of the most impressive displays of the day, convincingly winning his heat to advance through to Round 3. He will now meet Sean Poynter (Starboard) for what will be an intensely anticipated heat for this early on in the event, a clash of the Titans of sorts. With Title implications in play, this will be one not to miss, so make sure to join us LIVE (here) as it all unfolds. 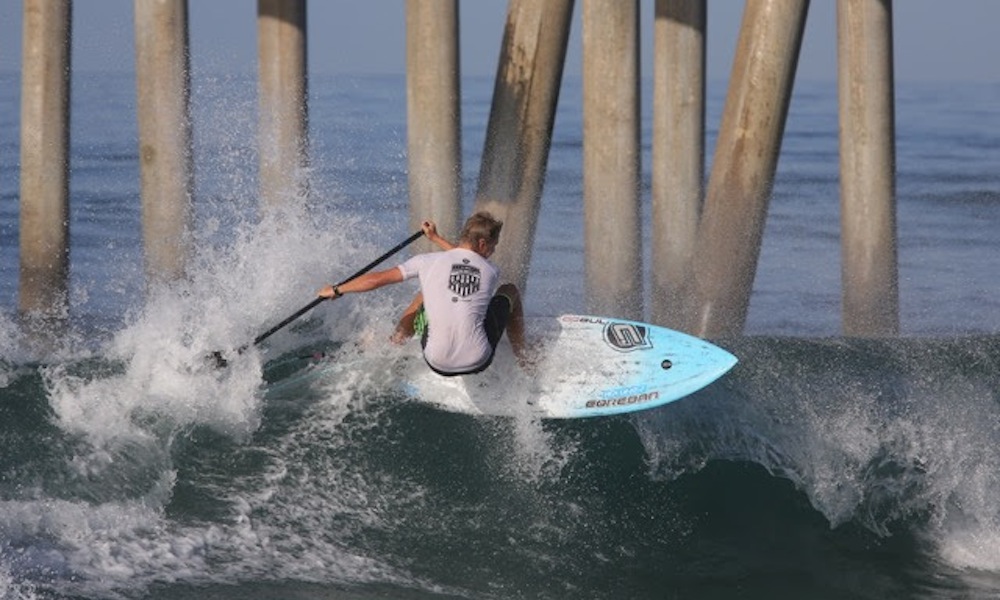 It is a proud day for South African Stand Up Paddlesurfing, as Thomas King and Justin Bing turn it on at the US Open. | Photo Courtesy: Waterman League

It was an amazing day for South Africa on Day 4 of the US Open of Stand Up Paddling as Thomas King (Coreban) put together one of the most impressive heats of the day, getting the edge over the young Tahitian phenom, Poenaiki Raioha (F-One). Despite some radical turns into the closing section, Poenaiki was unable to overcome the South African, who managed to find the waves that provided him with the opportunity for multiple turns, something he capitalized on to produce some phenomenal surfing. Poenaiki was able to come back in the repechage, with a solid victory against Connor Baxter (Starboard) allowing him to advance through to the 3rd Round. The South African roll did not end there however, as Justin Bing (Coreban), a wildcard into this event from Durban proved his worth to post the highest heat score total of the event so far to earn his place in Round 3 after having to go through the repechage round.

Check out the highlights below and make sure to watch today's LIVE action as Men's Round 3 will kick off.

Click here for more news and info on the Stand Up World Tour. 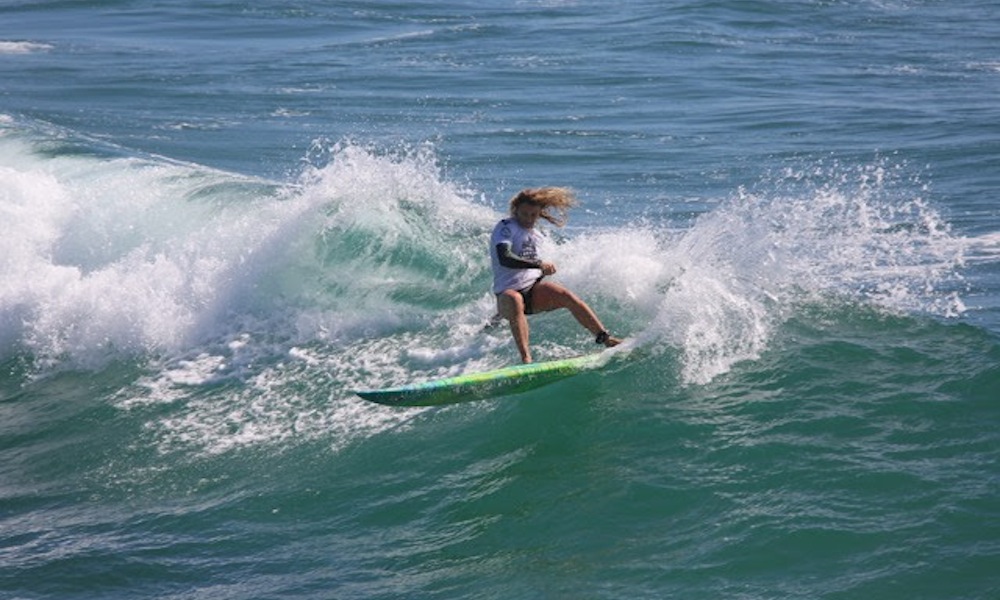 Women's performance level steps up again as we are now down to the Final 4, with a fiercely contested World Title in the balance. | Photo Courtesy: Waterman League

It was a full day of competition for the women, with stand out performances across the board. It all started with the Repechage round, where we saw 2014 World Champion Izzi Gomez (Starboard) having to fight her way back into the running - a feat she achieved and continued her roll through Round 3 and the quarterfinals, to make her way into the Semi Finals, as she will now face Sophia Bartlow, a heat she will have to win in order to keep her Title hopes alive. Sophia has been on a roll in this event, and is quite literally right at home here in Huntington, having won the first 2 divisions of the Waterwoman Invitational, and now through to the semi finals to meet the World Champ, and is very much a Title Contender coming into the final day of competition.

Meanwhile, Candice Appleby (Infinity) put on solid performances throughout the day to make her way through the rounds to reach the semi finals where she will now come up against the talent from Kauai, Mariko Strickland (Naish) who is back from an injury and making her presence felt in Huntington Beach. 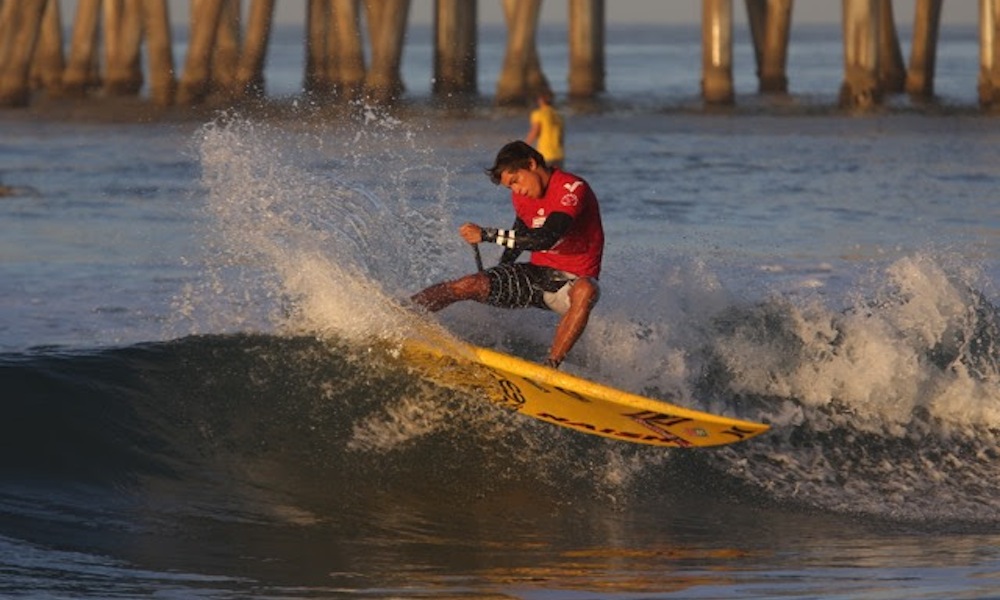 World Title scenarios intensify coming into the final day of competition, as the Contenders fight for the Championship Crown. | Photo Courtesy: Waterman League

With a shorter season in place for 2015, the Title Race is tighter than ever this year, with 4 athletes possessing a real shot at the Title and a couple more with a reasonable chance. Here are the scenarios coming into the last and all important day of competition:

So, with the most exciting race to the finish about to kick off in Huntington Beach at the US Open of Stand Up Paddling, it will all come down to the final day of competition to determine the 2015 World Champion. 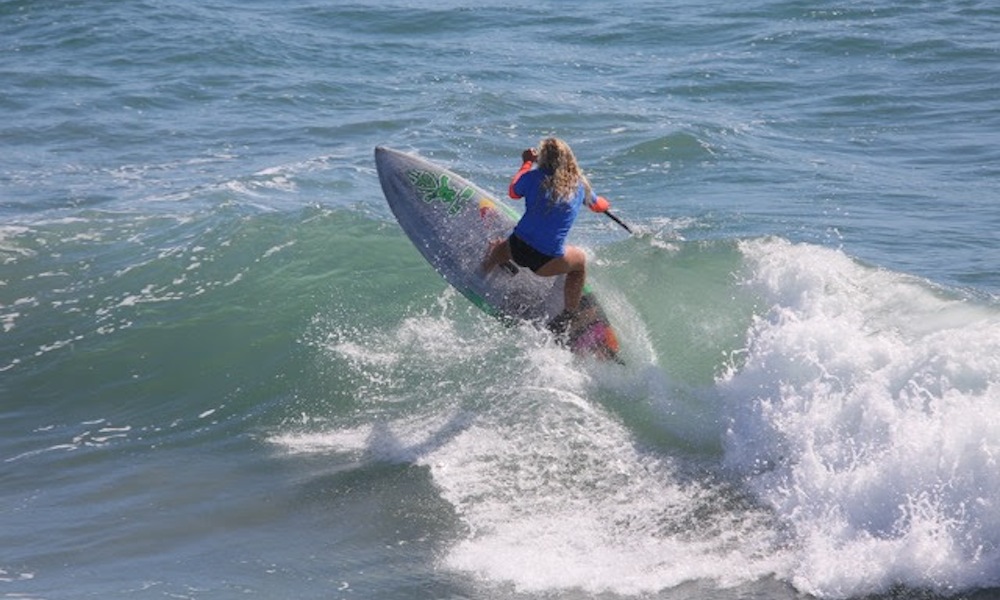 The Women's World Title race is set for a dramatic conclusion, as 3 athletes are in position to secure the World Championship Crown. | Photo Courtesy: Waterman League

Similar to the Men's division, the scene has now been set for an incredibly exciting finish to the season here at the US Open of Stand Up Paddling, as there are 3 World Title Contenders remaining out of the final 4 athletes in the draw, making it a race to the finish in every sense. Here are the scenarios coming into the last and all important day of competition:

So, today's broadcast is one not to be missed, as it all comes down to the wire here at the US Open of Stand Up Paddling in Huntington Beach, as Event Champions will be crowned and World Titles will be decided in dramatic fashion.

For more highlights and action from the 2015 US Open of Stand Up Paddling, click here.