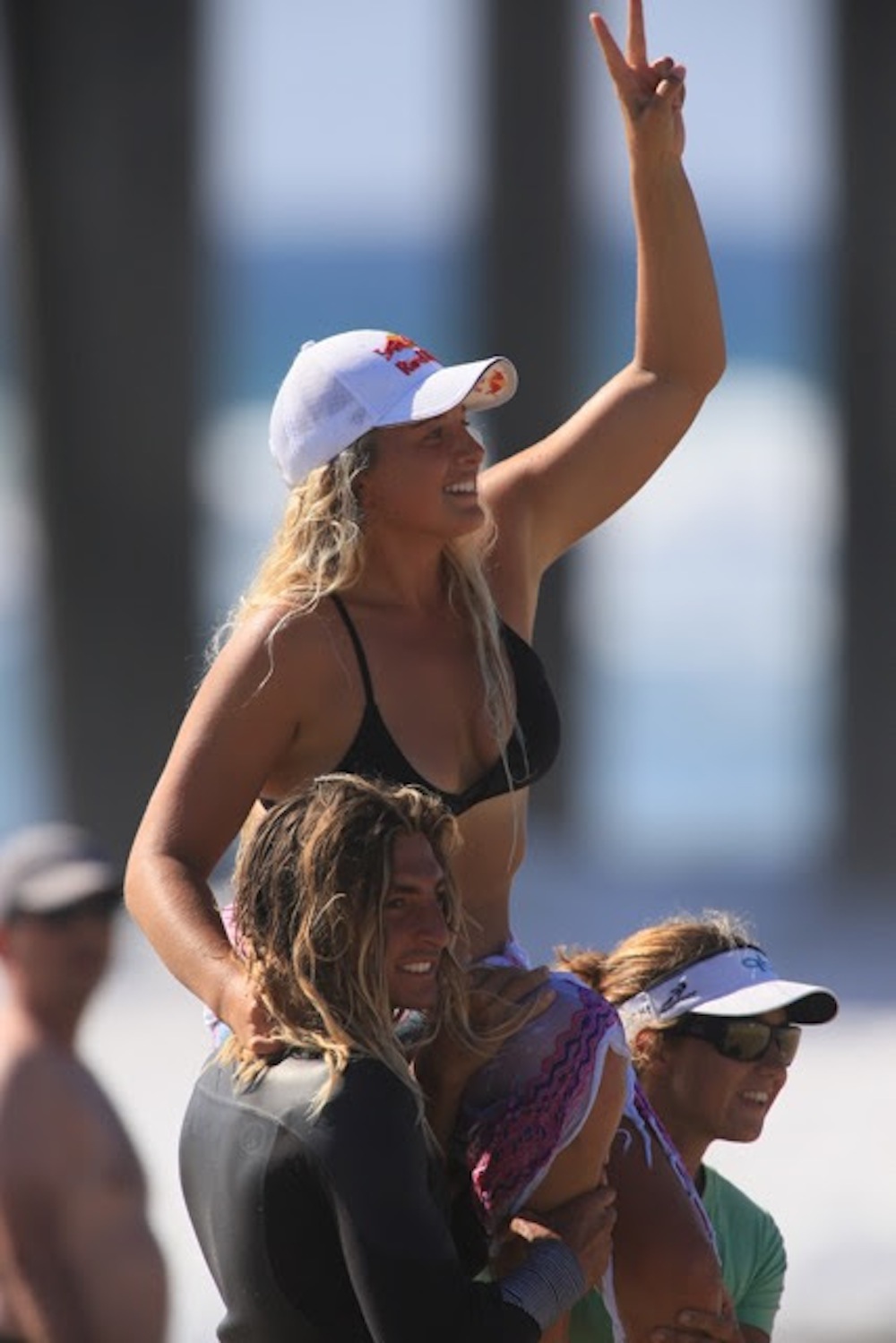 HUNTINGTON BEACH, California - Huntington Beach has become a memorable destination for the young Champion Izzi Gomez (Starboard), having secured her first World Title here last year in advance of the final event, and once again this year, proving to be the place she secured her second.

She wasn't in a heat when she won, although she did prove victorious over Sophia Bartlow in the semi finals to earn her place in the Finals here at the US Open. She was in fact watching the second semi finals on the beach as Candice Appleby (Infinity) was knocked out by the on form Mariko Strickland (Naish) from Kauai, an act that would secure Izzi's position as this year's World Champion prior to the event's completion. Check out the highlights from yesterday's competition by watching the video below.

So, a big congratulations goes out to this phenomenal young athlete as she continues to wow the world with her skill and personality, notching up another World Title at such a young age. However, knowing Izzi, she will not be happy until the job is done, so she will be wanting to finish on a high here at the US Open of Stand Up Paddling. 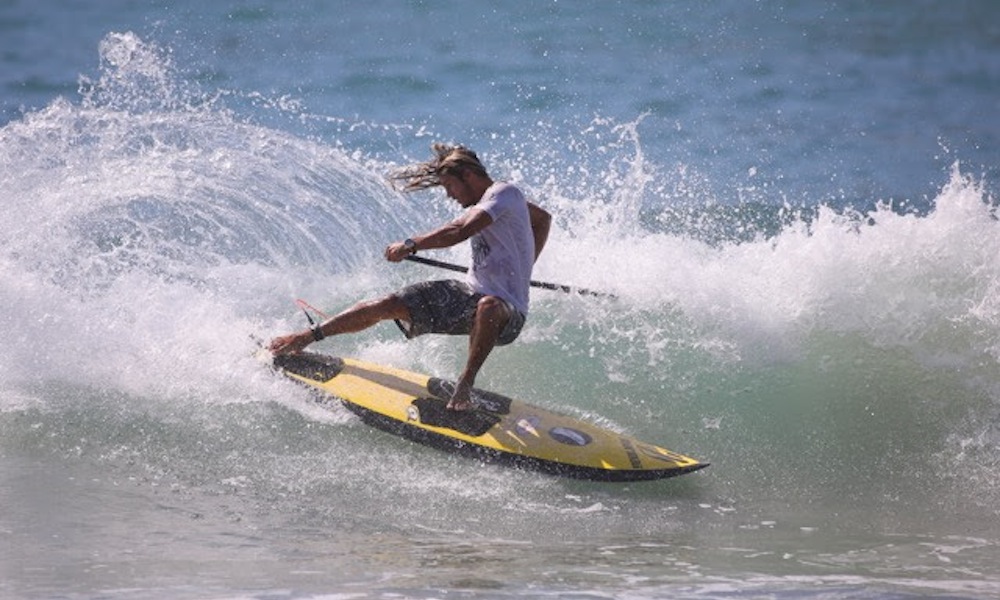 Caio Vaz keeps his momentum despite a stressful interference call in the quarterfinals with his eyes set on the Title. | Photo Courtesy: Waterman League

Caio Vaz (Art in Surf) is calm, collected under pressure and a phenomenal athlete to boot. His style is radical and his consistency to date is only matched by 4x World Champion Kai Lenny (Naish). Furthermore, with two 2nd place finishes here on the Stand Up World Tour the past 2 years, he is hungry for a World Title, and he is in a better position than ever to do just that this year on the eve of the final morning of competition.

Coming into the action yesterday, there were multiple contenders vying for the Title, even though Caio was in the top spot. However, one by one, they fell out of contention as the day progressed. First it was Mo Freitas (Focus SUP) who went down to the American Sean Poynter (Starboard), who it must be said was on stellar form, followed by the downfall of Kai Lenny at the hands of fellow Mauian Zane Schweitzer (Starboard). Furthermore, given that Caio has now progressed through to the final 4, there is only one man that stands in the way of his quest for a World Title this year, and that is Zane Schweitzer. With Zane and Caio both progressing past the quarterfinals, that immediately cancelled out any chances of Sean Poynter or Poenaiki Raioha (F-One) or Kai Lenny securing the Title.

However, Zane making it through to the semi finals means that it will be a battle to the end, as it will all come down to these final 2 rounds to decide the 2015 World Champion. Here are the scenarios:

So to break it down: if Zane makes it through to the Finals, he has to seal the deal with a win in order to secure the World Title, whereas the simple fact of Caio making the final and Zane not will secure Caio the Title.

It is nail biting stuff here at the 2015 US Open as we look to close the Stand Up World Tour Season in dramatic style here in Surf City USA. Given the deterioration of the conditions through the end of the day today, the decision was taken to reserve these final all important heats for the best conditions possible to provide the athletes the best possible chance to battle it out to the end and ensure the 'best man wins'.

To see more news and highlights from the US Open of SUP, click here. 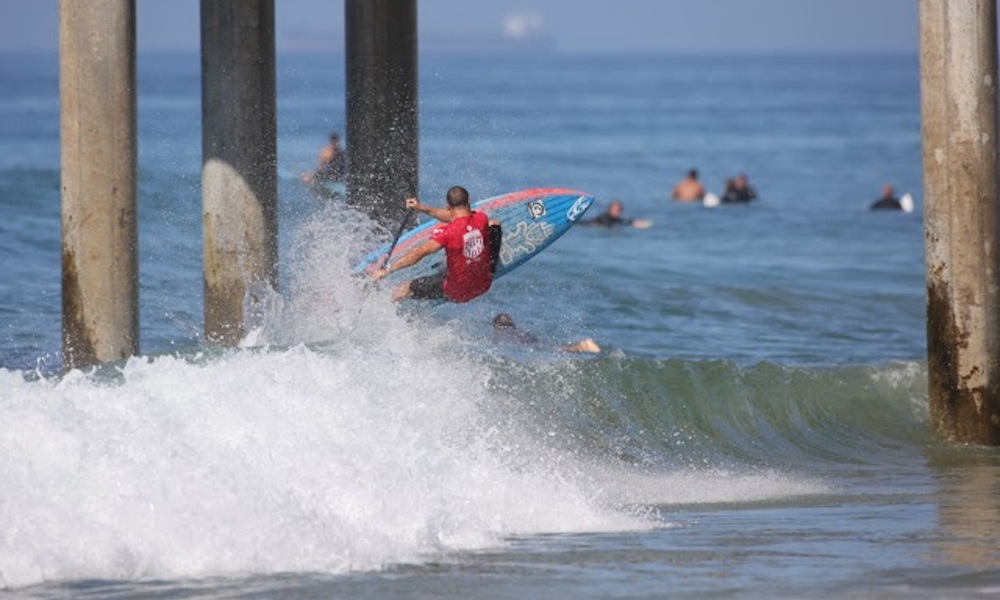 It was an interesting turn of events today as Zane Schweitzer found himself in a position where he had to beat fellow Maui boy Kai Lenny in order to keep him in the running for the 2015 World Title. If you turn back the clock a year, it all came down to a heat between Zane Schweitzer and Caio Vaz to determine the 2014 World Title, with Zane proving victorious in that heat, a victory that would allow Kai to secure his fourth World Title. Fast forward back to the present, and Zane needed to beat Kai in order to keep himself in the Title Race with Caio, as the same three find themselves in pivotal positions in the World Title scenarios that made yesterday's competition that much more exciting. In the end, Zane was able to seal the deal, take the win and move onto the Semifinals.

However it is not over yet, as mentioned above, he will need to win the event in order to secure the World Title, so it is no easy task to say the least. Zane will have to take down the on form Tahitian Poenaiki Raioha in semi final #2, and then beat whoever makes it out of semi final #1 to be crowned the 2015 World Champion. 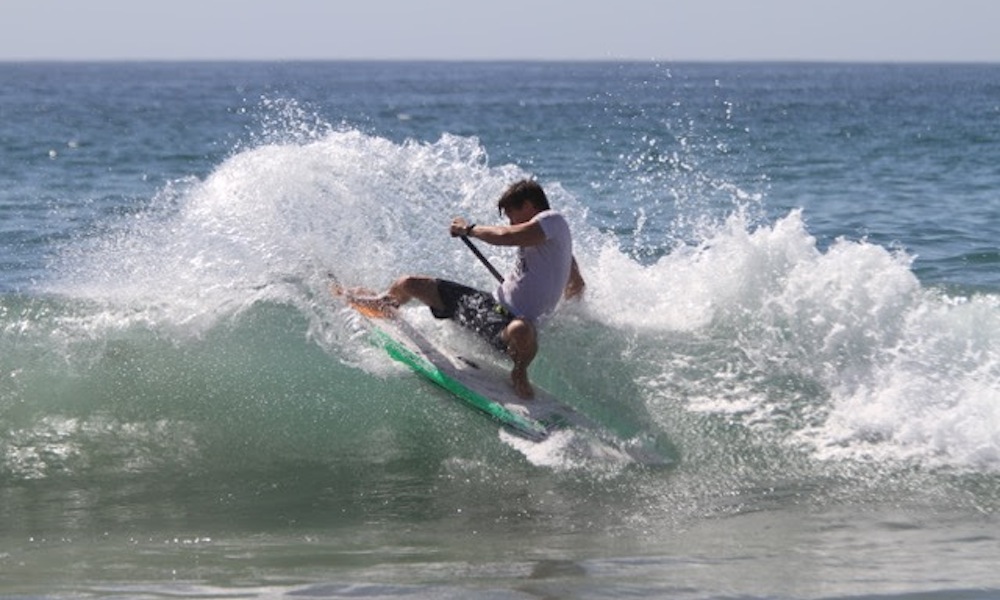 Sean Poynter & Poenaiki Raioha set the bar high coming into the semi finals and are what stands in the way of the Title Contenders. | Photo Courtesy: Waterman League

Sean Poynter and Poenaiki Raioha were both Contenders with an 'outside' shot of the World Title coming into today's competition. While both of them are now out of the running with Caio and Zane making it through to the semi finals, they are both without doubt two of the most on form surfers of the event. Sean kicked off his day today with one of the highest scores of the event so far this morning, while Poenaiki continued to wow the judges with his progressive and flawless style in the challenging conditions on offer at Huntington Beach. Both these athletes now stand in the way of the two remaining Contenders' hopes of a World Title, so it will be all the more interesting to see how it plays out tomorrow morning, as there is no doubt that Sean and Poenaiki will be bringing the A Game and have their sights set on the US Open win. 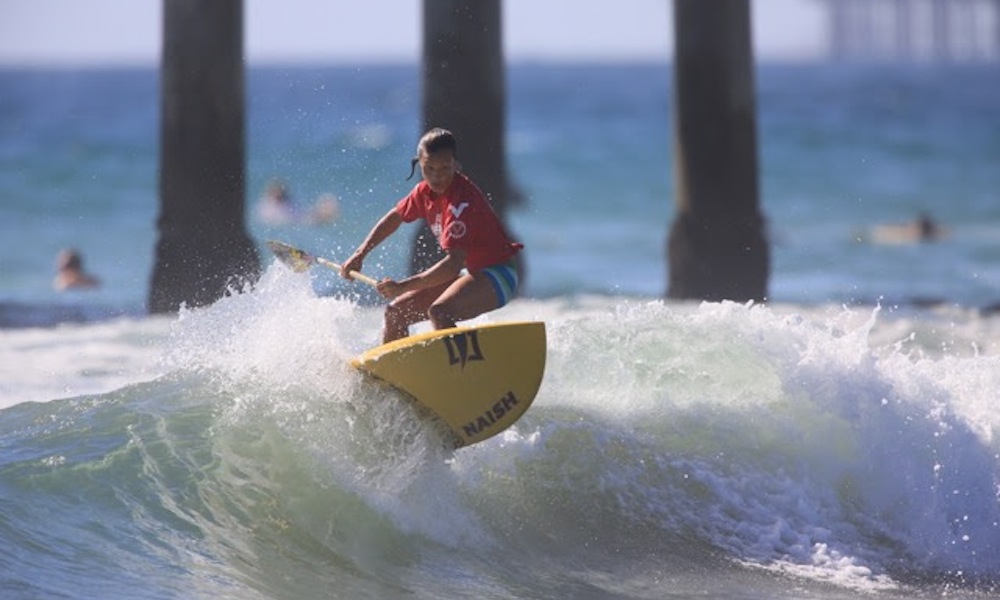 Mariko Strickland puts on a stellar performance to make it all the way to the finals that will take place tomorrow morning. | Photo Courtesy: Waterman League

Naish's Mariko Strickland from Kauai has without doubt been the dark horse of this year's US Open of Stand Up Paddling, passing through the rounds under the radar and putting on a series of strong performances that have gotten her all the way to the Finals. Along the way, she has taken out many of the sport's leading names, with the last scalp perhaps the most significant where she took down one of the principal Title Contenders and on form surfers of the event, Candice Appleby (Infinity) from right here in California. This win was particularly significant given that it was enough to allow Izzi Gomez to secure the 2015 World Title, not to mention the prestige and excitement of reaching the Finals for Mariko herself. Mariko has great momentum, is full recovered from her injury of late last year, and has proved herself to be a force to be reckoned with here on the global stage. She will be looking to secure her first event win on the World Tour here in Huntington as it all comes down to the wire in the final morning of competition.

For the full recap of the finals day, stay tuned for the updates via watermanleague.com

More in this category: « World Title Race Intensifies At US Open Of Stand Up Paddling Noa Hopper Joins 404 SUP Team »