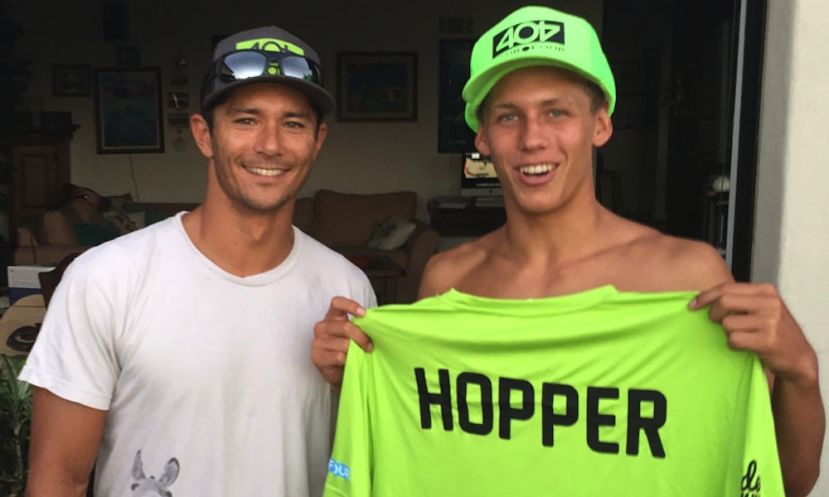 SAN JUAN CAPISTRANO, California - 404 is proud to welcome a new and talented member to its SUP team: Noa Hopper. Considered to be one of the next big threats in SUP racing, the 16-year-old San Diego native is one of the fastest and most committed SUP racers around.

Noah started paddling at the age of 7. He also participates in other sports at a high level such as outrigger, sprint kayak, sprint canoe, and water polo. Noa is at the top of his class and also competes closely with the elite men in SUP racing. Not only is he the 2015 Co-Ed Relay Molokai to Oahu Champion, but also in 2014 he won 3 Gold medals, Silver, and a Bronze in the Bantam Class at the USA Canoe/Kayaking Sprint Nationals in Georgia.

Danny Ching, co-owner of 404, is excited to have a new ally in the lead pack. Danny has commented on the new addition saying, “I’m very excited to have another young and talented waterman on our team. Noa has a bright future in the sport of stand up paddling. Look to see him at the front of the pack in the near future.”

Noa is also a typical high school student. When he doesn’t have his nose in the books he works as a Del Mar City Lifeguard.

Danny Ching and 404 look forward to fostering the already talented youth and help him attain the achievements he is destined to achieve.

404 is dedicating to providing the highest quality SUP boards with un-compromised goal of performance. 404 First started in 2009 when Greg Jensen, former professional surfer and shaper, and Danny Ching, world-renowned outrigger and SUP paddler, joined forces. The compliment of Jensen’s shaping knowledge, and Ching’s ability to test the limits of board design, have created the best performing SUP products on the market. 404’s roots are in racing, but every paddler, no matter ability or activity, deserve the highest quality of SUP products to help them achieve their best performance possible.

More in this category: « Izzi Gomez Wins 2nd World Title At US Open Of SUP Learn To SUP And More At The 2015 Pacific Paddle Games »