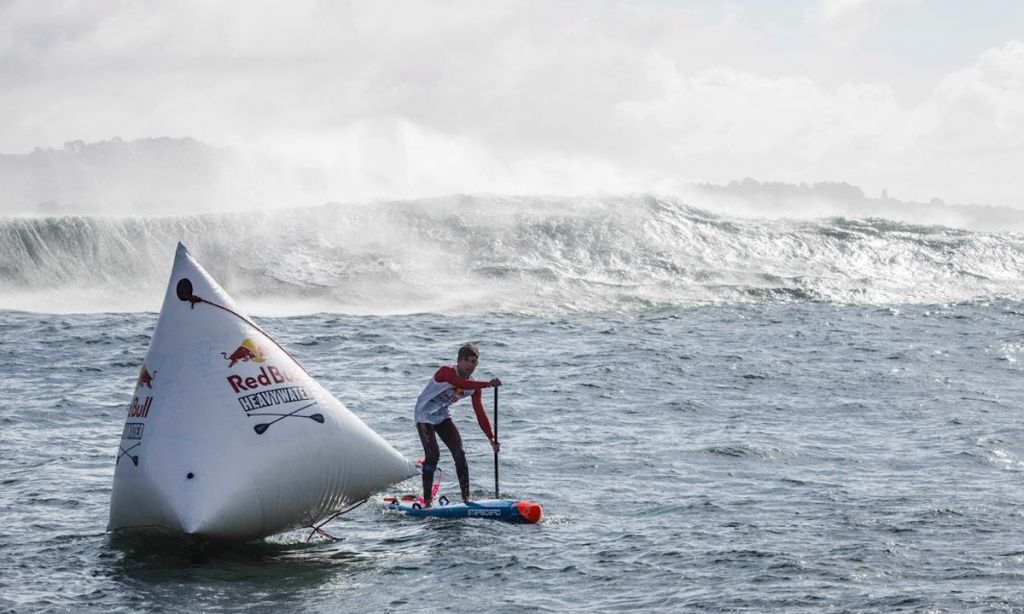 SAN FRANCISCO, California – Red Bull Heavy Water, arguably the most intense stand up paddling event in the world, is headed back to San Francisco, home to notoriously challenging weather and water conditions, as part of the 2018 APP World Tour circuit, with an event window from October 15th – November 2nd.

Previous years have seen the course stretching 12km (7.5 miles) from Ocean Beach and finishing just past the Golden Gate Bridge, but 2018 sees the route flipped, with 36 of the world’s best athletes charging the start line near the Marina, battling the seas around Fort Point and Land’s End, with a race to the finish through tumultuous surf at Ocean Beach.

In this third annual event, a true test of physical strength, strategic planning and determination, athletes from the Men’s and Women’s APP World Tour circuit will be welcomed to the start line. Red Bull’s SUP and water-athlete, as well as current APP World Tour Surfing Champion Izzi Gomez said: “I can’t say there’s been any event that I’ve been in that resembles Red Bull Heavy Water. It’s such a unique event, you have to be so fit, know how to read waves. You have to have the whole package.” 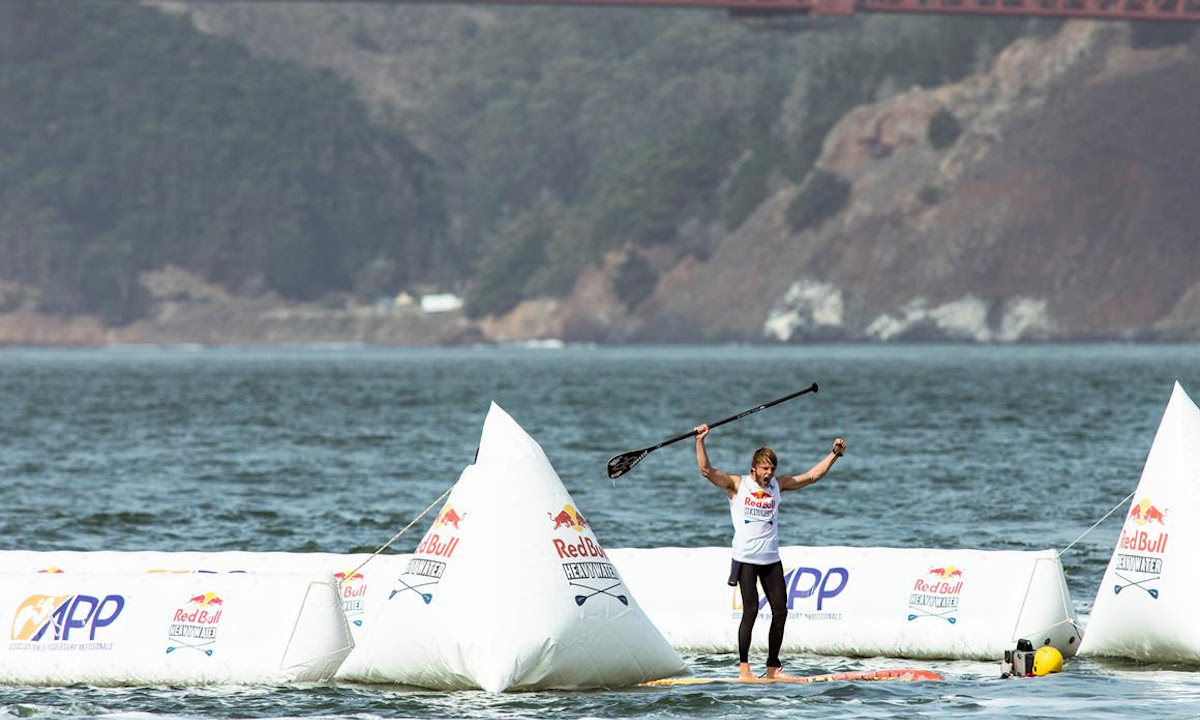 Danish athlete Casper Steinfath (Naish) proved his worth by securing the top spot in 2017, and returns to defend his title in 2018. He’ll take on the likes of not only 7x World Champion Kai Lenny, Current Racing World Champion Connor Baxter and US Champion Slater Trout, but also the strong female contingent, including winningest female SUP athlete Candice Appleby, 2016 Racing and 2017 Overall APP World Champion Fiona Wylde and Izzi Gomez.

Awards will be given to the top three male and top three female finishers. “I’m really excited because both men and women are racing this year, and Izzi’s going to give me a run for my money,” said Kai Lenny. 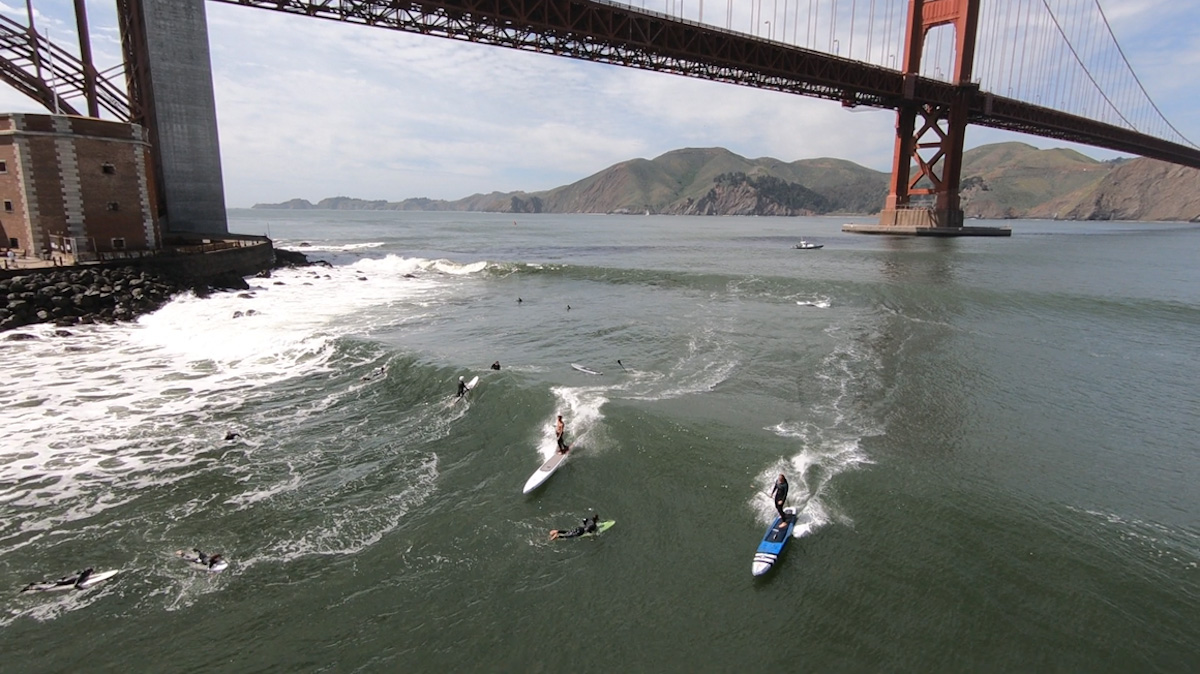 Along with the welcome addition of new athletes and a change in course structure, Red Bull and the APP World Tour are excited to announce their collaboration with Sustainable Surf: the 2018 Red Bull Heavy Water event will be an ocean-friendly Deep Blue Event™ and both Red Bull and the APP World Tour will be working with Sustainable Surf and the local Ocean Beach community to leave a positive impact - keeping waste out of oceans and landfills, supporting the local community, going plastic-straw-free, and minimizing the carbon footprint.

Red Bull Heavy Water 2018 weather window is from October 15th – November 2nd and a 7-day orange light alert, followed by a 5-day green light alert will signify that optimal conditions are in place for the event to run. Red Bull Heavy Water is held in San Francisco, California and all interested parties can visit here for more information. 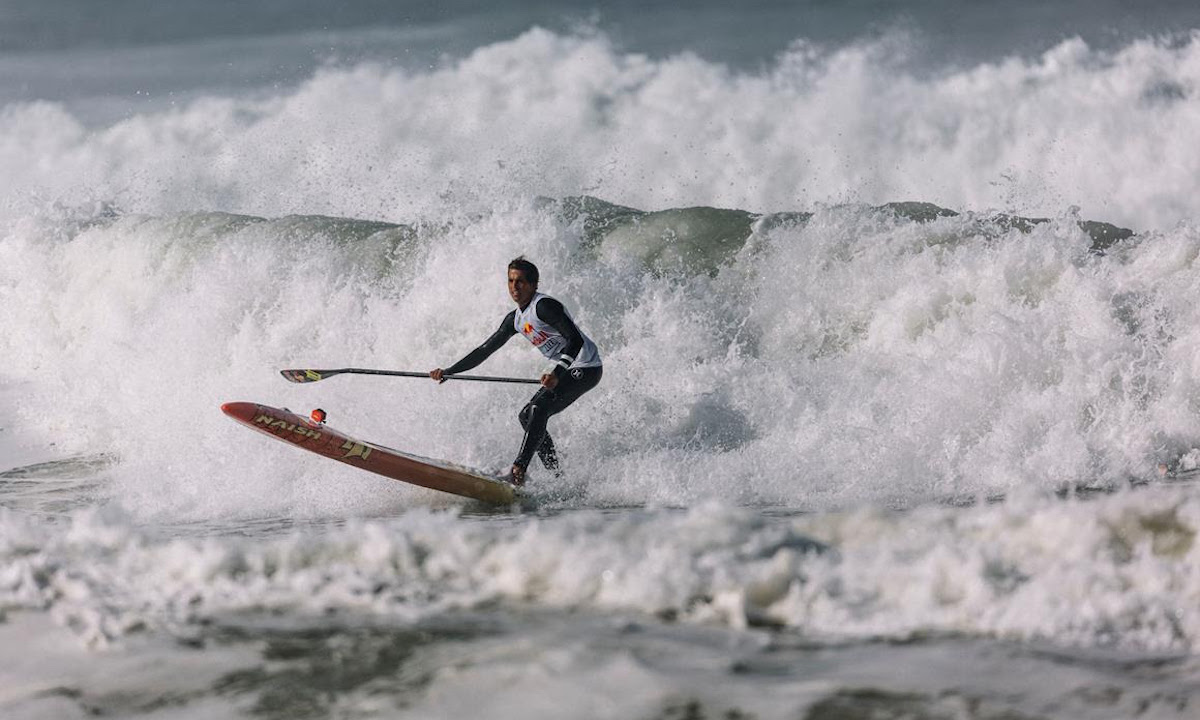 Sustainable Surf protects and restores ocean health by shifting people to a highly desirable, low-carbon, Deep Blue Life. The California-based non-profit uses the mass appeal of “surf-culture” to inspire and activate people all around the world to start living that more sustainable lifestyle. Sustainable Surf’s award-winning programs - The ECOBOARD Project, Deep Blue Life and Waste to Waves - provide the onramps that make that vision possible. Visit here to learn more.