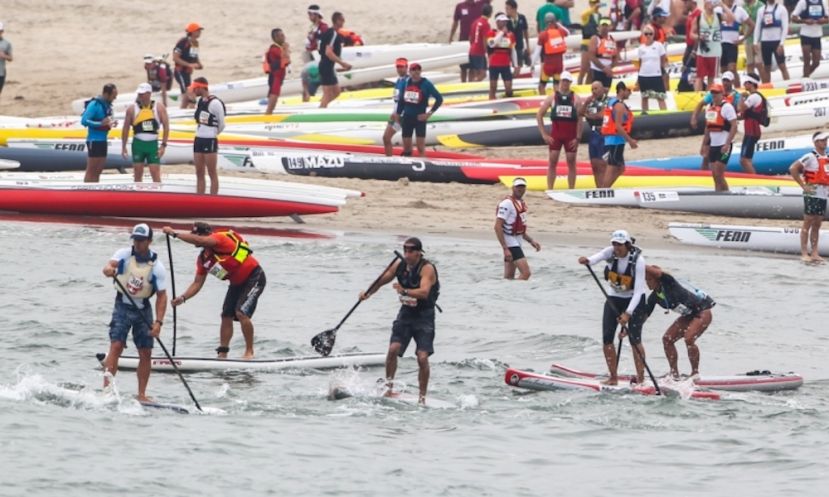 LAUSANNE, Switzerland - The International Canoe Federation (ICF) has expressed hope a resolution will be reached with the International Surf Association over the management of Stand Up Paddling (SUP) activities before the ICF hosts its first SUP World Championships in Portugal later this year. The ICF has been involved in protracted discussions with the ISA over the governance of SUP activities, but despite repeated and varying proposals from the ICF, the ISA has refused to come to an agreement.

“For the sake of the athletes, we wanted to try and find a resolution to this problem,” ICF President, Jose Perurena, said.

“Sadly the ISA was not prepared to accept what we believe are reasonable proposals. This means the situation remains unresolved, so the ICF will now focus on building on the strong SUP foundations we have already established through the strong work of our National Federations.

“We have already shown the depth of this sport through the multitude of SUP activities which have been run by our National Federations all around the world over the last few years, including many national championships.”
Mr Perurena revealed the ICF had deliberately not engaged in public debate with the ISA, preferring to concentrate on working behind the scenes to support existing and developing events within the Federation, and to drive for mass participation in the discipline.

“It has been quite frustrating at times to read and hear some of the claims which have been made about us, but now is our time to show the world’s best SUP athletes what we have to offer,” Mr Perurena said.

“In the end we are looking at this for the long term. Our main focus over many years has been to develop SUP from the club level up, with the co-operation of our National Federations. We have the experience of staging multiple World Championships and World Cups across many disciplines each year and the SUP World Championships will be of the highest quality as well.

“The ICF has disciplines which take place on all sorts of different water; streams, lakes, oceans, swimming pools, just to name a few. It’s this experience and knowledge which we believe gives us a strong advantage when it comes to looking after SUP activities, which is practiced on both flatwater and in the ocean.”

This year’s ICF Stand Up Paddling World Championships will be in Esposende, Portugal, and the ICF is thrilled with the level of interest being shown from athletes all over the world. The ICF already has bidders for the next World Championships.

“More than anything we want to get this resolved for the sake of the athletes, who just want to get out on the water and do what they love,” he said.

“But if no resolution can be reached, we are committed to ensuring the ICF promotes SUP activities so that they and the athletes receive the recognition they deserve.

“The ICF will deliver a World Championships on par with our other disciplines so it will be an exciting adventure.”

More in this category: « ISA Addresses Ongoing Battle With ICF for Governance of SUP World’s Toughest SUP Race Returns To The Bay Area in October »