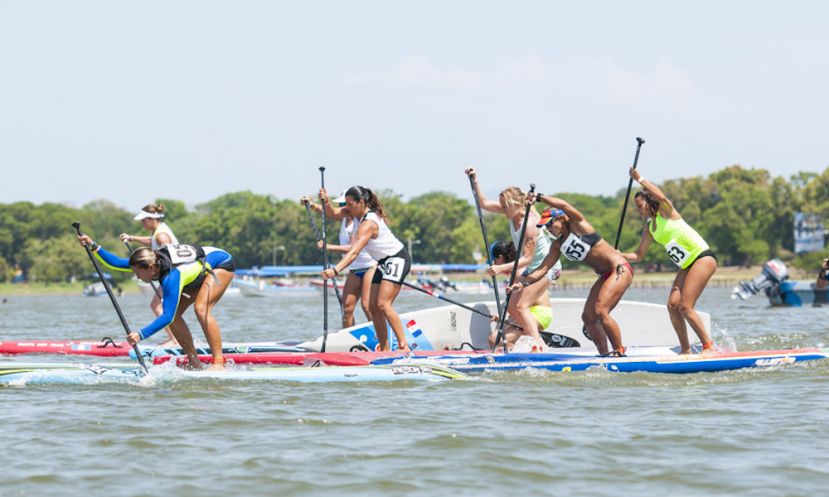 LA JOLLA, California - The International Surfing Association (ISA) has expressed its joy following the announcement that Stand Up Paddle (SUP), the Olympic Federation’s fastest growing discipline, will be added to the sports programme for the 2017 Central American Games, alongside Surfing, following the ISA application for the inclusion of both disciplines.

The occasion will mark the first time that SUP has featured at the Central American Games, and is testament to the ongoing work being done by the ISA to develop and grow the discipline. The ISA is the only international federation to have ever applied for inclusion of SUP racing and succeeded in having it included in Olympic Movement Games, including in the Pan Am Games.

The 2017 Central American Games will begin on 3 December 2017 and will take place in Managua, the capital of Nicaragua. The Surfing and SUP Racing competition will take place in San Juan del Sur, where athletes from Guatemala, Costa Rica, El Salvador, Panama, Honduras, Nicaragua and Belize will compete for Gold.

The Shortboard Surfing competition will feature 4 men and 2 women from each nation, the Longboard competition will feature two men from each nation, and the SUP Racing will see 1 man and 1 woman take to the water, continuing the ISA’s drive to ensure gender parity within SUP competition. This announcement comes just under a year after the ISA celebrated Surfing’s inclusion to the Tokyo 2020 Olympic Games programme, and will serve to reinforce the Federation’s drive to include SUP in the Olympics.

“This news reaffirms how far we have come as a Federation in recent years, and goes to prove the work we are doing to develop the sport of Stand Up Paddle.

“We are experiencing incredibly exciting times at the ISA, and we are currently riding a wave of momentum which began with our inclusion on to the Olympic Programme last August. As we continue to move forward we will only become stronger as a Federation and, as a result, SUP will continue to develop under our leadership.

“Our Olympic Surfing dream became a reality last year, and now we are hopeful that with this momentum, our Olympic SUP dream can become reality as well.”

About the International Surfing Association