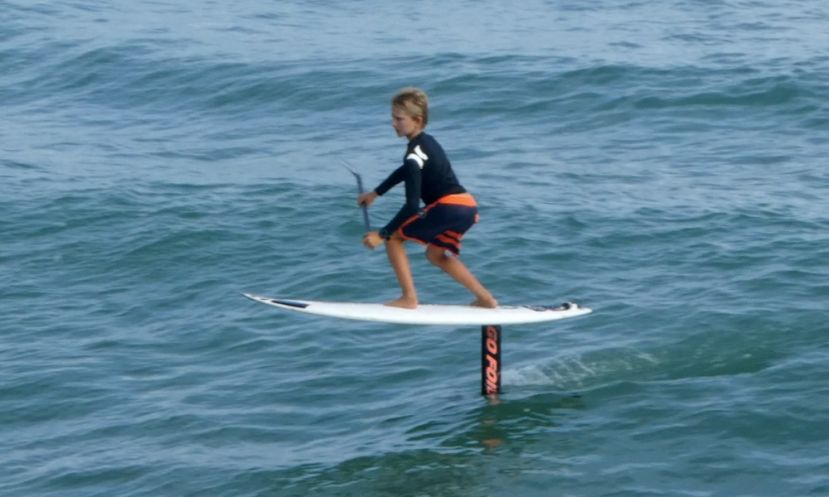 Finn Spencer having a blast on the Go Foil. | Photo: Henry Spencer

MAUI, Hawaii - With SUP Foiling getting a ton of hype right now, it’s only natural to see paddlers gravitate toward the new crossover and want to dip their toes in the water and try it out. With pros like Naish's Kai Lenny and Starboard's Connor Baxter getting a ton of attention for their downwind SUP hydrofoiling adventures the groms who look up to them were eager to try the new craze as well.

Two groms who’ve jumped on this hype are two brothers from Maui, Jeffery and Finn Spencer, ages 15 and 11. The Spencer brothers live on Maui and they spend all of their free time training and competing in both SUP surfing and racing. Jeffrey recently won the Canadian Mens National SUP Wave Championships and will be going to the ISA Worlds in Fiji in November and Finn just won the highly competitive 12-14 age division at the Junior Pro and Youth SUP Fiesta in California earlier this month. 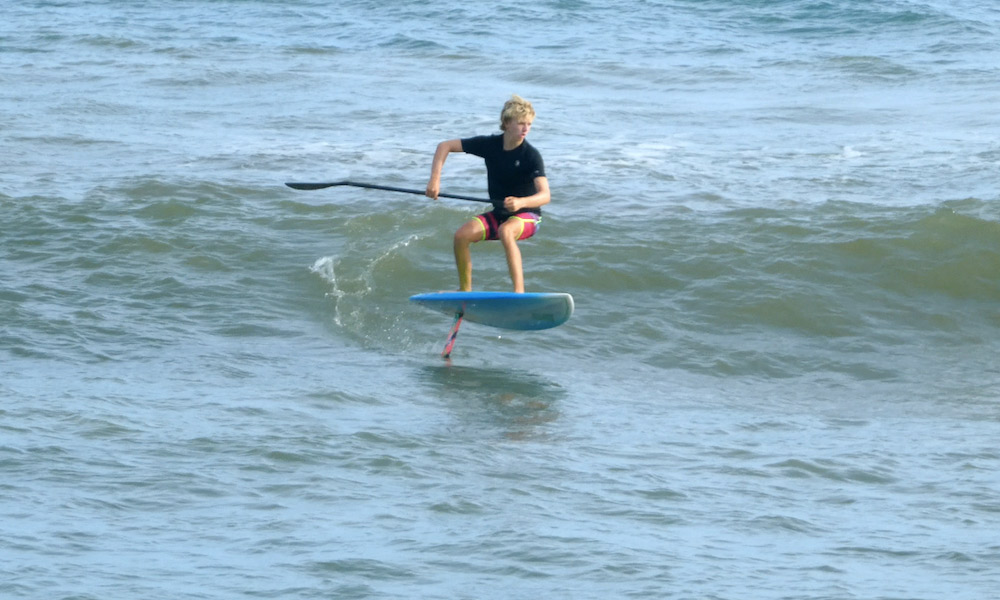 15-year-old Jeffrey Spencer having a go on the Go Foil. | Photo: Henry Spencer

Recently, the two-some have been focused on SUP foiling and have had the good fortune to be working with Kai and Alex Aguera on the development of the foils. The boys edited a one minute long video of them foiling in the waves that will prove to the world that you don’t need to be Kai [Lenny], Connor [Baxter] or Zane [Schweitzer] to learn to SUP foil.

”The speed I can generate on an otherwise unrideable wave is incredible !! Once I’m up I never want to come down. So exciting being here in Maui where Finn and I can work directly with GoFoil.“ - Jeffrey Spencer, age 15.

”When the board lifts up everything goes quiet and you feel like you’re flying over the water.” - Finn Spencer, age 11.

Watch the video of Jeffrey and Finn on the foils ripping and having a blast on the SUP foils below.