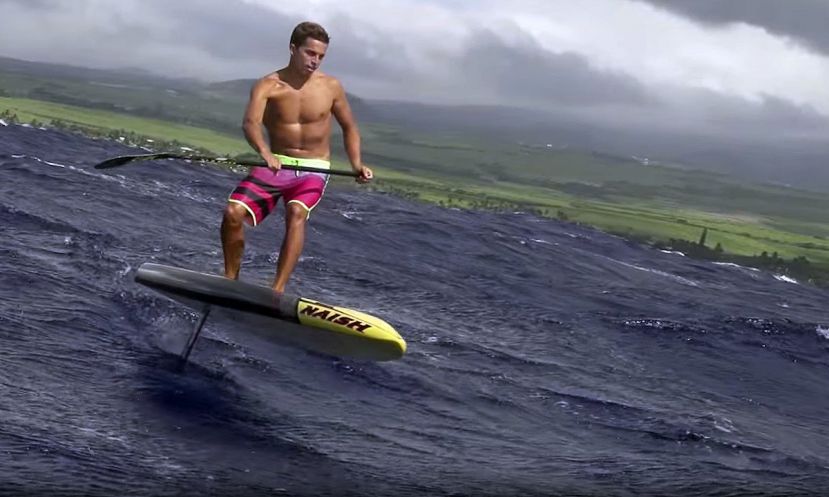 MAUI, Hawaii - Kai Lenny has always been pushing the boundaries of stand up paddling and he’s just done it again by introducing a new crossover of sorts with a hydrofoil and his SUP, making it his craft of choice for a downwinder. This project has been in the works for awhile and thanks to Go Foil, and Naish, they’ve helped Kai to make his vision a reality.

“The first time I stepped on the foil and did a downwinder, I instantly saw a glimpse of the future” said an excited Kai Lenny. Kai continues, “This is the future and it’s all I want to do. I don’t think I’ve ever been this excited to go stand up race, you know, to do a ten-mile run to me, wasn’t long enough because I was riding so many glides. It was more fun than it was work and I think for me, that’s always something I’ve chased in any sport. I got up and I was going over glides, connecting past glides…it truly felt like I was just standing there and walking on water but going 20mph. I’ve never gone that fast downwind before in my life.”

To see the hydrofoil in action on a downwinder in Maui have a look at the video below, which has gone viral, and understandably so. What are your thoughts on this new crossover for stand up paddling? Let us know what you think in the comments below!