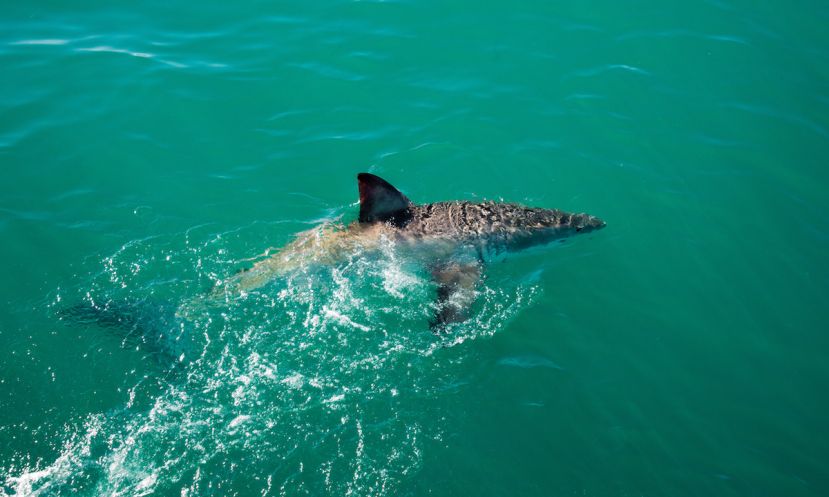 SAN CLEMENTE, California - Just days after the shark attack at San Onofre that left a San Diego woman to fight for her life, shark sightings and even aggression seem to have spiked in the region. Just this week a 48-hour warning was issued in the same area where the recent attack happened, according to a report by San Diego Union Tribune. And what’s more, the sharks have been seen in groups.

Following the attack on April 30, there have been tons of sightings of the sharks all throughout the Southern California region in places like Huntington Beach, Dana Point, San Clemente and Long Beach. Just yesterday, the Orange County Sheriff's Department caught footage of a group of 15 great white sharks incredibly close to the shoreline in San Clemente.

The officers in the helicopter, which captured the footage seen below, can be heard warning a paddle boarder in the area stating, “Be advised, State Parks is asking us to make an announcement to let you know you are paddle boarding next to approximately 15 great white sharks.” While the video doesn’t show the paddler, he or she must have been pretty close nearby.

While it’s not rare to see a shark from time to time out in the lineup or in the shallows, it is somewhat alarming at the frequency that these sightings have occurred in the past few weeks. Only time will tell if this is a freak occurrence or if this will be the new norm in the waters of Southern California.

Have you seen higher-than-normal shark activity in your area in recent weeks or months? Share your experience with us in the comments below!