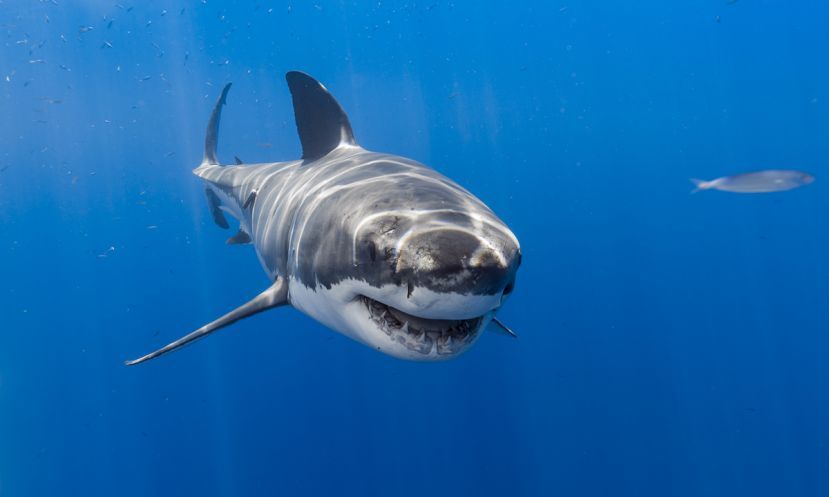 A great white shark is expected to be the culprit of Sunday's attack.

SAN CLEMENTE, California - Over the weekend at one of Southern California’s most well-known places for surfing and stand up paddling, San Onofre, a beachgoer’s worst nightmare happened: someone was attacked by a shark. The incident happened at a break called “Church” or “Churches”, which lies along the stretch of San Onofre State beach and is just south of the world-famous surf break of Lower Trestles.

A woman, whose name has not yet been released, was wading in the water where she was bit on the thigh and glute area, according to a report by the OC Register. The woman was brought to shore where a tourniquet was applied to help stop the bleeding. She was then airlifted to Scripps Hospital where her injuries are reported to be serious. At this time it is unknown what species or how big the shark that attacked was.

This attack comes eerily after footage was captured just a few short weeks ago of a great white shark breaching just outside the lineup of Lower Trestles. Sharks however, are no strangers to the area as they have been seen patrolling the waters for years. In 2010, Chuck Patterson got footage of a couple of great whites in the area while he was paddling and went viral.

The local community in San Clemente is said to be in disbelief as nothing like this has ever happened there before. San Onofre is a popular beach for local families where children frequent the waters. The beach will be closed for 72 hours following the incident.

As more information is released on Sunday’s shark attack stay tuned for updates.