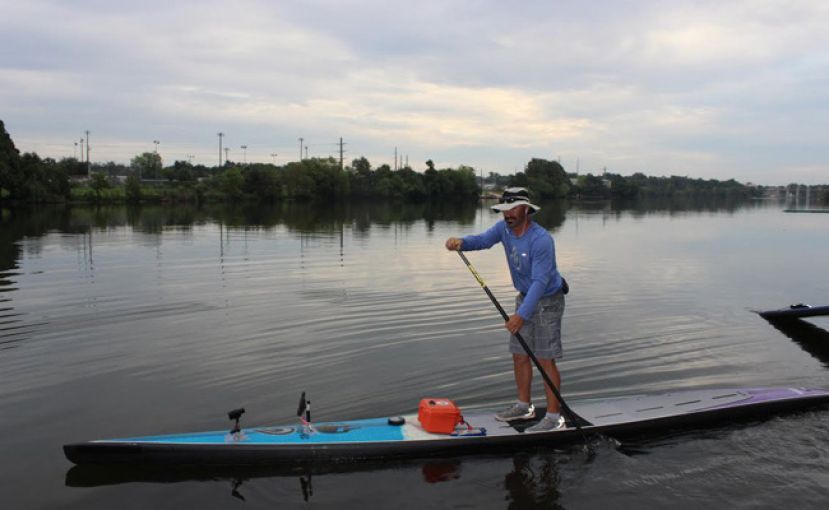 Last week we reported that Glide SUP athlete Shane Perrin would attempt the World Record for longest paddle in 24 hours, a record which he himself set in earlier this year in May. Shane was simply not satisfied with his record and wanted to push himself harder to see if he could surpass 100 miles.

We are happy to report that Shane did indeed break the 24-hour standup paddle flatwater record breaker, completing 101 miles. We had a quick chat with Shane to talk a little bit about his world record.

Supconnect: First off, congrats Shane, but we have to ask, why did you want to re-do this attempt?

Shane Perrin: For My initial attempt my goal was to break 100 miles. I fell short of 100 and I knew I had to go after it again. The more I talked with Nick and Jen Yates of Live Love Sup on the idea of a 24hr relay Fundraiser for Charity:Water, I found my opportunity to go after it. 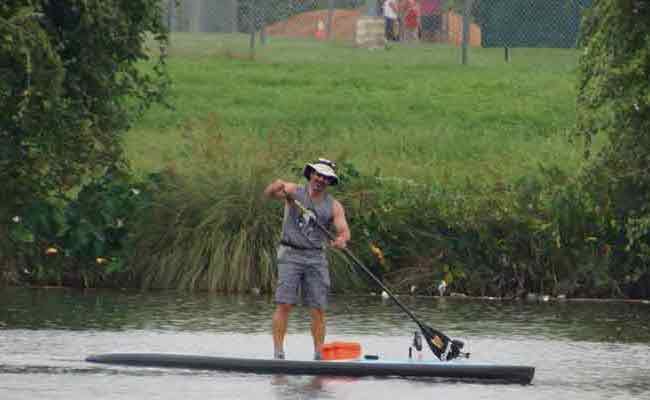 Well, my good friend, Casey Gotcher, and fin sponsor with Sup Gladiator told me about Ladybird lake. It has a 7 mile long stretch so I didn't have to lose time on turning. He also told me the owners of Austin Paddle sports, Andy and Slim, would host me on their dock on the lake. The three of them along with David Dobbins crewed for me there the full 24 hours. 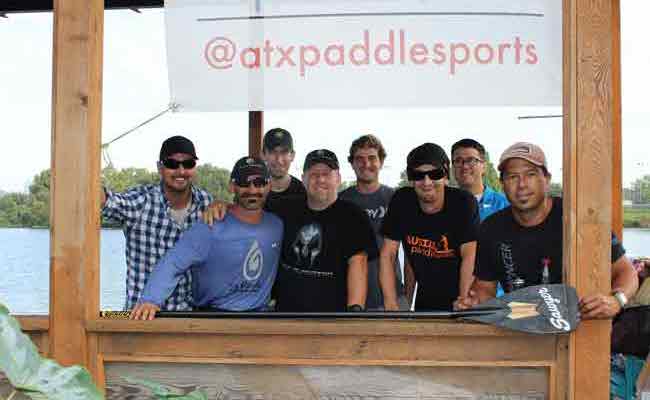 There were a few sections that had bad vegetation that slowed me up a little. I had to find a few paths and try to remember them on each pass. The hardest part was keeping awake from 2am to sunrise. The most memorable moments were paddling past a dock at 5am and passing a girl that decided to change out in the open. When she saw me paddle past her she ran butt naked into the woods. It made the morning a bit entertaining. There was also the time I thought I found a spot where no-one could see me take a leak off the board. As I cruised past some bushes relieving myself off the side of the board I passed a guy standing on shore doing the same. There was definitely some awkward silence then.

Haha! That must’ve been a hoot! Did you take any breaks, or did you just power through 24 hours straight?

It took me about two hours to go out and back from the dock paddling. When I came back in the crew would swap the cameras and replenish my nutrition. We tried to keep it under 10 minutes. I did take a seven minute nap about 12 hours in. It did wonders for me. 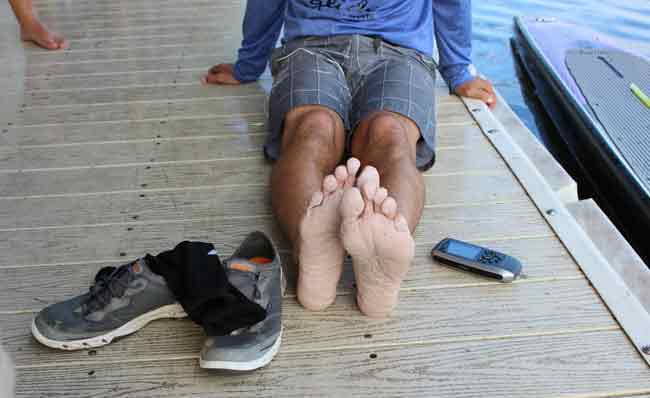 Shane gives his feet a much needed break.

That’s possibly the shortest, yet effective, nap we’ve heard of in quite some time! You have to tell us though, how do you prepare for something like this?

Training is always difficult. 4am strength training. Working 6:30-3pm for the city and then cardio at night. On weekends I run my sup business so I'm paddling most weekends.

Busy busy!! That’s some dedication right there. So, what’s next now that you’ve accomplished your goal AND set a world record?

There's a few things in the works. Oct 25th I'll be racing at Chattajack. Then, in January the Vertical Oar guys may bring me back to the Virgin Islands for another ocean adventure. For the most part the fall is for planning next year's expeditions.

Awesome to hear Shane. Congrats again and we can’t wait to hear from you in the future!