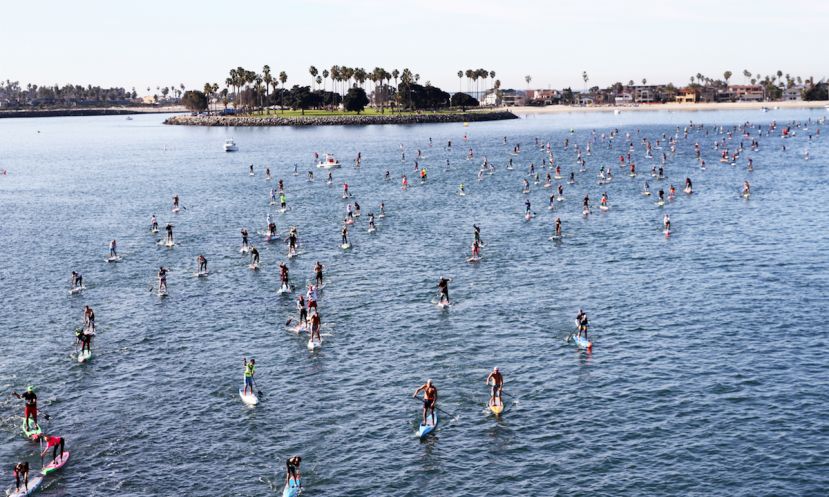 SAN DIEGO, California - The 23rd annual Hanohano Huki Ocean Challenge kicked off early Saturday morning, as San Diego locals and out of towners alike swarmed into Bonita Cove. The event is one of the Longest Running Paddlesport Races in California offering access to all paddle crafts including OC-1 & 2, Surfski, Traditional Paddleboard, Standup Paddleboard and Kayak. All were in high spirits as people arrived, filling the beach with tents, boards, and good vibes.

Along with the many Southern California SUP enthusiasts and athletes that came out, a few bigger names were in attendance as well, including Candice Appleby, Shae Foudy, Jade Howson, and April Zilg on the women’s side and Danny Ching, Mo Freitas, and Noa Hopper for the men. 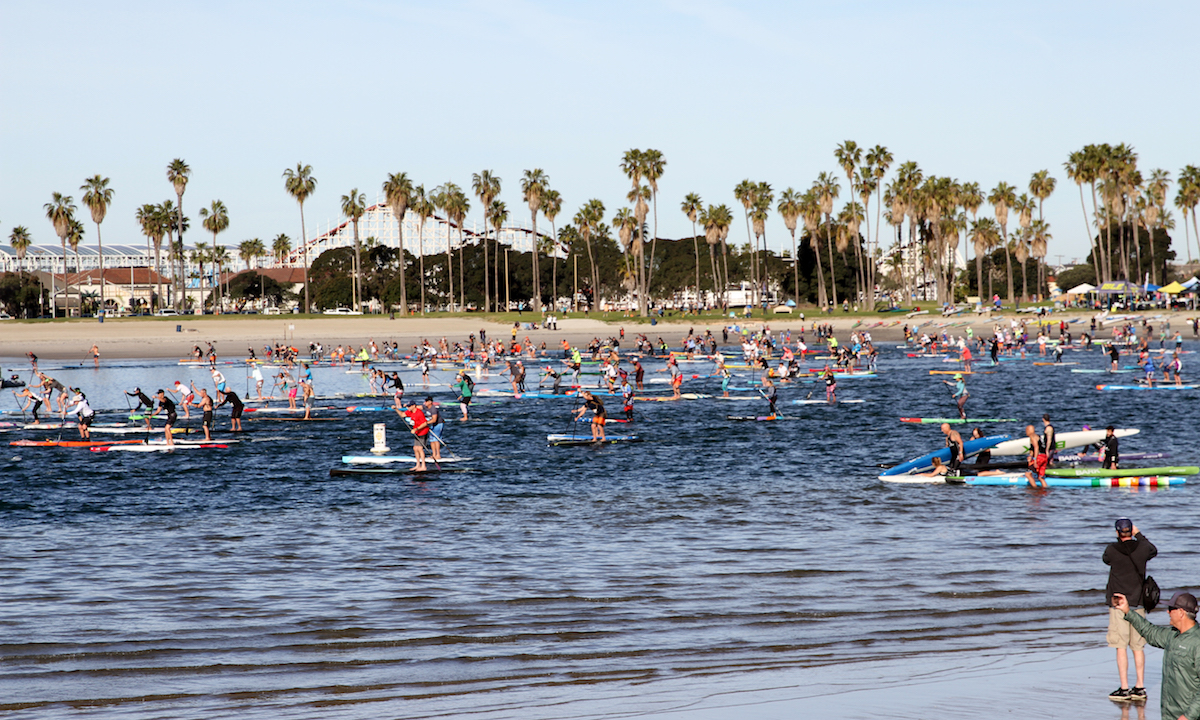 SUP racers take off at the start of the Hanohano. | Photo courtesy: Supconnect

The early hours were cool and overcast. But in typical San Diego fashion, as race time rolled around, the clouds burned off, leaving nothing but 481 racers and 4.5 miles of clear sunny skies.

In the initial stretch, Boardworks’ Mo Feitas led the pack, closely trailed by world class athlete Danny Ching. For the women, Shae Foudy of Infinity SUP took an early lead, with SIC Maui’s fifteen-year-old Jade Howson behind her, followed closely by a second group of racers.

Mo Freitas leading the men (left) and Shae Foudy leading the women (right) at the beginning of the race. | Photo courtesy: Supconnect

The top SUP racers completed the course in just over 50 minutes. In the Men’s category, Danny Ching ended up passing Freitas during the race to take first place, with Freitas finishing second and 404’s Noa Hopper taking third. On the Women’s side, Howson closed the gap between her and Foudy, but Foudy was still able to maintain her lead up until the finish line, crossing first with Howson less than a board length behind her. April Zilg followed right behind Howson, taking third place. Infinity’s Candice Appleby also competed in the event, but opted to race tandem with Jack Wygal. The duo placed 25th overall. 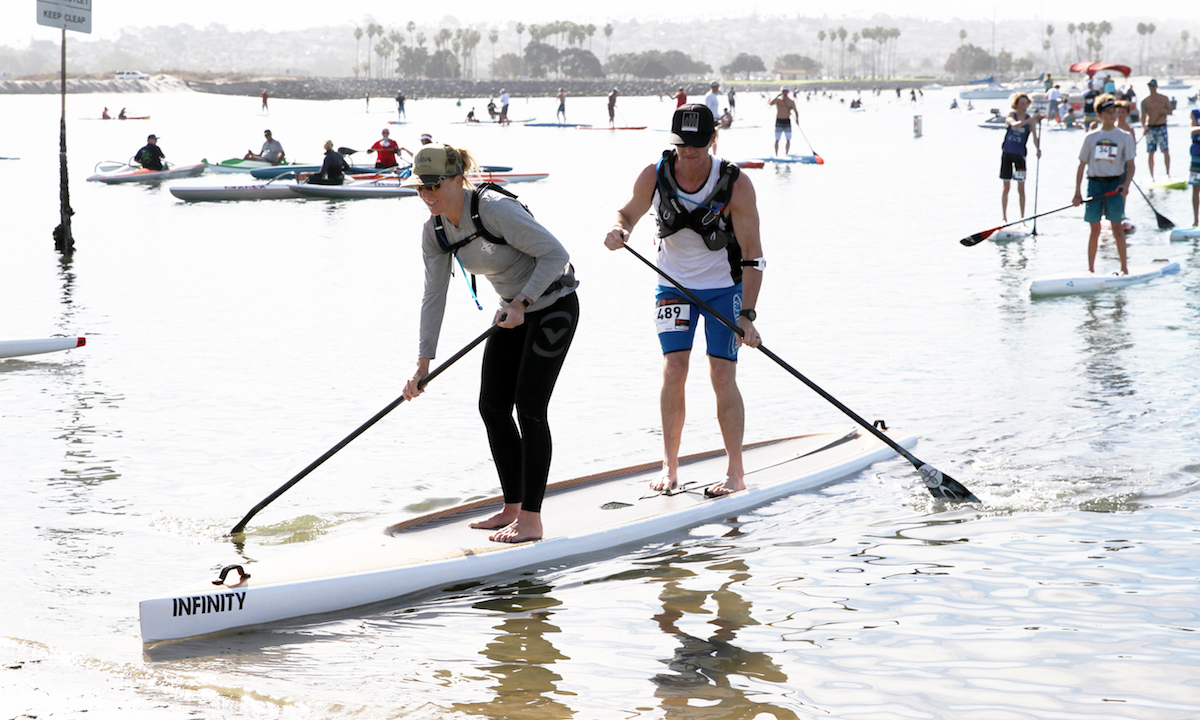 Alongside the elite athletes, Hanohano saw several strong grom performances from up and coming athletes of The Paddle Academy.

The event was full of familiar faces and great energy, and we are stoked to have attended again this year. With over 700 registered racers of all different ages, skill levels, and watercrafts, Hanohano was an awesome way to kick off the 2018 race season.