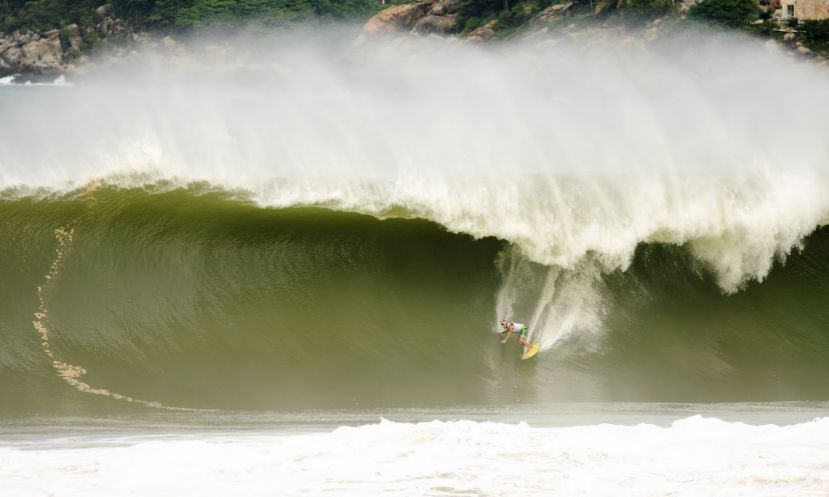 AUCKLAND, New Zealand - Carlos ‘Coco’ Nogales is used to being challenged on a grand scale, but Mexico’s big wave surfing ace is expecting his first visit to New Zealand to provide as tough a test as any he’s faced in the water. He has been confirmed as the sixth competitor for the third edition of The Ultimate Waterman, which will be held in Southland, New Zealand from April 1-9.

Coco, as he is known, is a legend of the Mexico surf scene. He has made his name as a big wave expert at his home break of Puerto Escondido, often referred to as the Mexican Pipeline. He also works with young surfers and underprivileged kids in the local community, who want to get into the sport but can’t afford a board.

When offered the chance to compete in The Ultimate Waterman, Coco didn’t hesitate to sign-up. “I like a challenge and there is no doubt this is a very tough one!” he said. “I’m not sure how I am going to go, and it’s going to be interesting, but I’m super happy and honoured to be part of this amazing event.”

A member of the Red Bull stable of surfers, Coco says watermen are true warriors of the sea. “It’s a privilege to travel the world, hunting the magic of surfing, meeting different people and different cultures, and staying close to nature” he said.

To see more news and info on The Ultimate Waterman, click HERE.

Red Bull TV is a digital video service that features inspirational programming from the world of Red Bull, including live global events and an extensive selection of sports, music and lifestyle entertainment. Red Bull TV is available on the web, connected TVs, gaming consoles, mobile devices, and more.