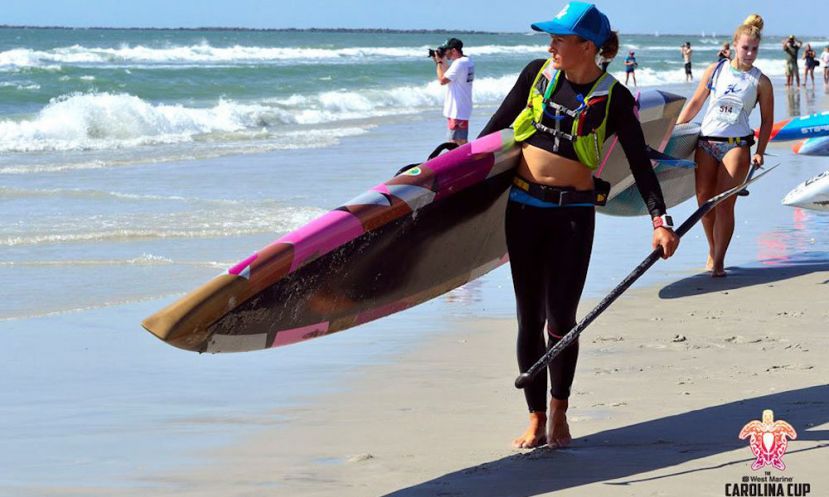 WRIGHTSVILLE BEACH, North Carolina - In one of the most action-packed races of all time, defending champions Titouan Puyo and Annabel Anderson were crowned the 2017 Carolina Cup Champions.

From start to finish the Graveyard Course was intense. With 10 to 20 mph winds, 2 to 4 ft seas, flowing tidal inlets, and choppy flatwater, the 13.2-mile Graveyard Race, already one of the most challenging professional-division courses in the world, was even more grinding and grueling in 2017. The men’s field of competitors was at one of the highest levels ever and competition was fierce. While there were the usual favorites (Michael Booth, Danny Ching, Travis Grant, Titouan Puyo, etc.) who were all shoe-ins for who would win it was anyone’s game. The competitive field was stacked to say the least.

For a majority of the men’s elite race the lead pack consisted of five paddlers: Michael Booth, Mo Freitas, Connor Baxter, Titouan Puyo and Travis Grant. With the lead changing at multiple times throughout the race it was impossible to predict who would win. These five fought long and hard to keep the lead ahead of the chase pack of 11 or so paddlers but ultimately, the chase pack led by Georges Cronsteadt caught up. With just under two miles to the finish the race became all the more exciting. 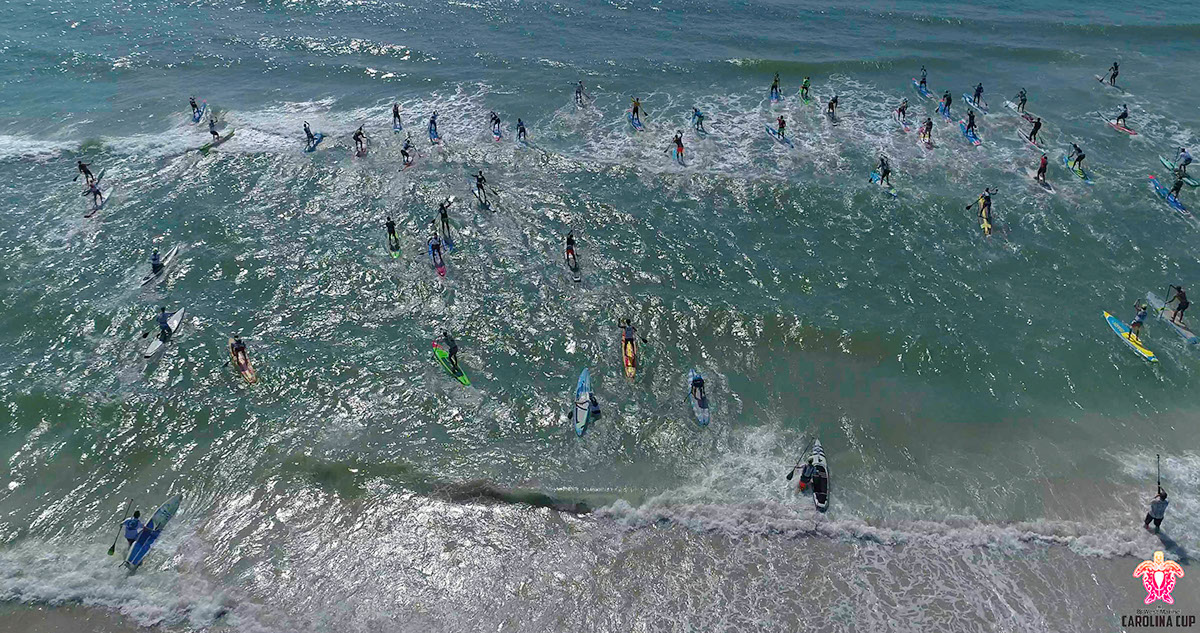 After turning the jetty and heading into the final stretch of the race, New Caledonia’s Titouan Puyo (NSP) caught a small bump and gained a bit of a lead. From there, Puyo kept finding and catching small bumps extending his lead even further, pretty much cementing his second consecutive win at the Carolina Cup. It was now a fight for second place between Travis Grant and Tahitians Steve Teihotaata and Georges Cronsteadt.

As usual, the Graveyard race was grueling, especially in 2017, and took its toll on a number of paddlers. One of the paddlers who was affected was Australia’s Michael Booth who with just over a mile to go hit a wall of exhaustion and fell far behind. Booth was a heavy favorite to take the win at this race so it was a shock to watch him slip away. 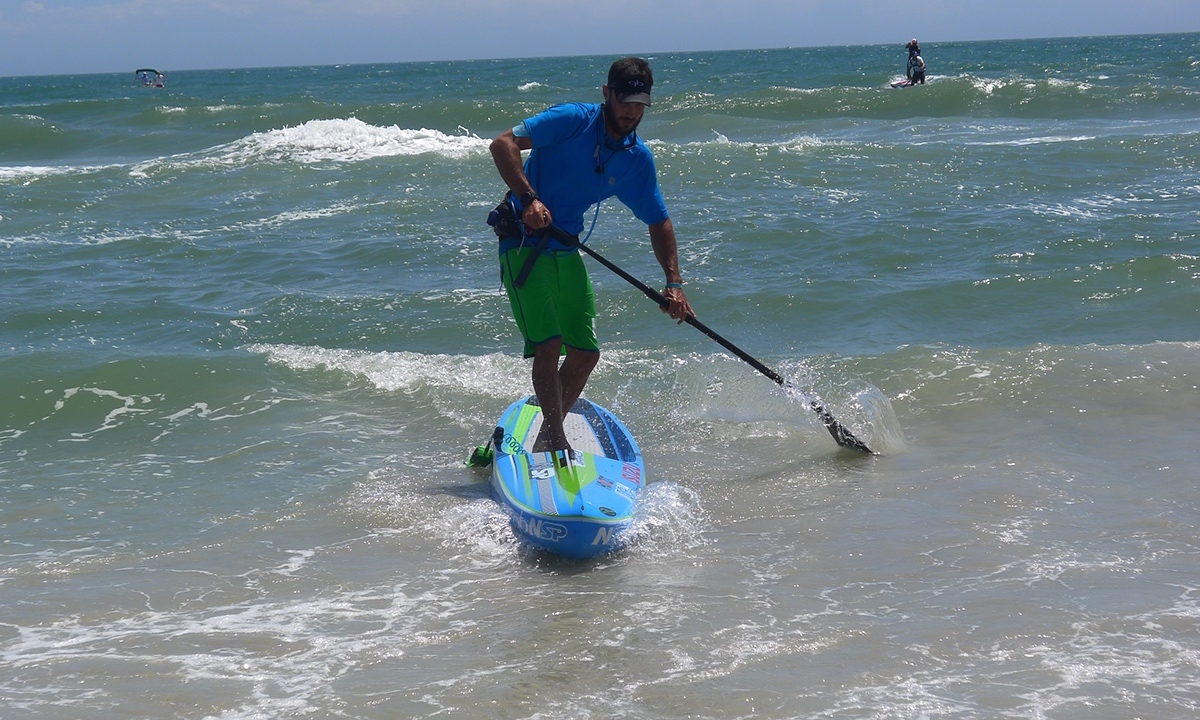 For the women, all eyes were on New Zealand’s Annabel Anderson as she was fighting to win her 5th consecutive Carolina Cup. While the turnout for the elite females was not as intense as the men there were still a number of heavy hitters that would give Anderson a run for her money. Starboard and Werner Paddles athlete Fiona Wylde, France’s Olivia Piana, SIC Maui’s Seychelle Hattingh and local April Zilg were all present to challenge Anderson. Noticeably absent were California’s Candice Appleby and Shae Foudy as well as Germany’s Sonni Honscheid. At the end, Annabel Anderson once again proved why she’s the best in the world and cemented her historic 5th consecutive win at the Carolina Cup.

"I executed exactly what I wanted to do and opened up the after-burners at the 2-hour mark," said Anderson, the top-ranked and fastest woman in the world, leaving her competitors minutes behind at the finish. "I am extremely grateful to be back and able to challenge for number five."

"Every year this race is different," said Anderson. "It's got a bit of everything to test our entire skill set. That's what makes it the Carolina Cup. The Graveyard Race is one of the classics." 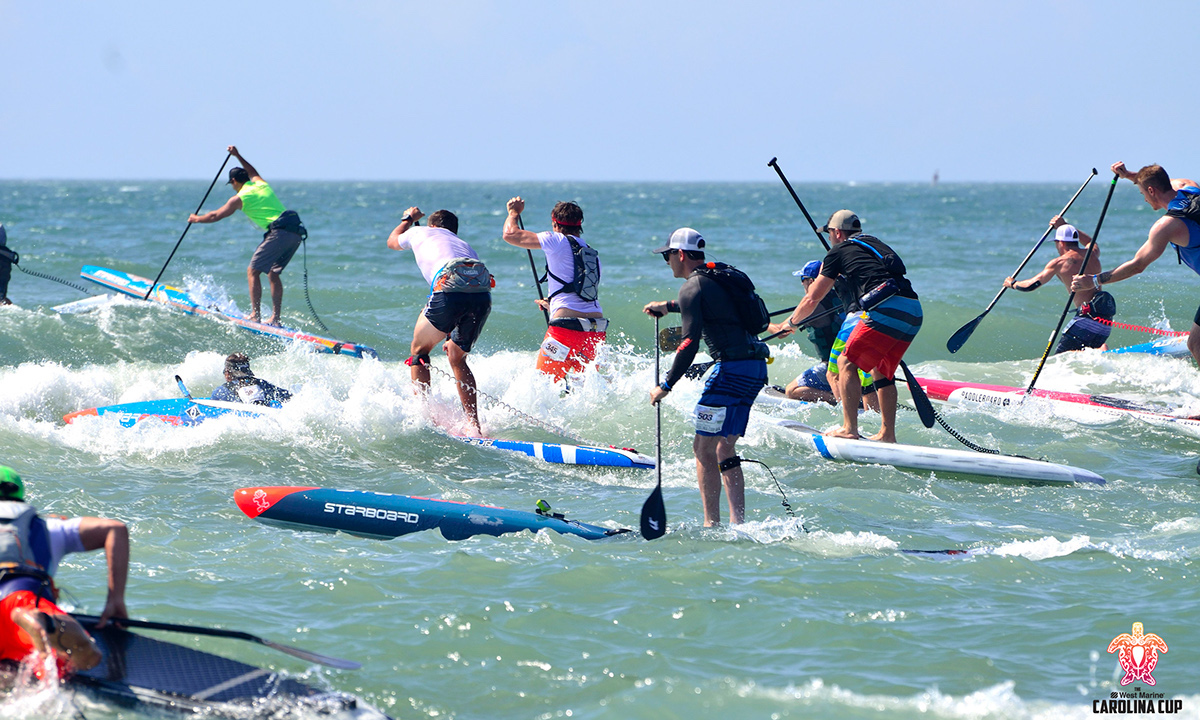 Organized by the Wrightsville Beach Paddle Club and sanctioned by the World Paddle Association, the West Marine Carolina Cup is a key stop on the World SUP Tour. All races, clinics, demos, plus the expo and trade show originate at host hotel Blockade Runner Beach Resort in Wrightsville Beach.