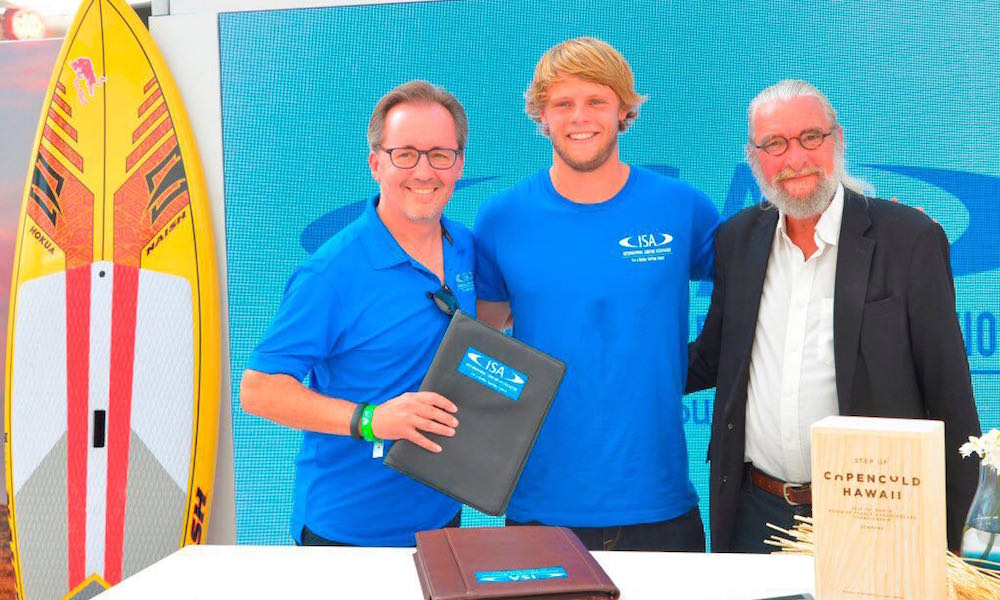 LA JOLLA, California - The International Surfing Association (ISA) has today announced that the 2017 ISA World StandUp Paddle (SUP) and Paddleboard Championship will be held in Denmark in September 2017, with the specific dates to be confirmed in the near future.

The ISA event will be organized by Friends of Cold Hawaii, an association that hosts annual ocean sport championships in Denmark, in collaboration with the Danish Surf and Rafting Federation (DSRF), Sportevent Denmark, Wonderful Copenhagen and Copenhagen Watersports – the largest rafting and StandUp Paddle club in Denmark.

Today’s announcement was made at Danish National House, a hospitality venue at the Rio 2016 Olympic Games, located on Ipanema Beach. The signing of the hosting agreement was completed by ISA Executive Director, Robert Fasulo and President of the Local Organizing Committee Friends of Cold Hawaii, Finn Jorsal. Also in attendance was ISA Vice President and SUP World Champion from Denmark, Casper Steinfath.

The ISA World Championship will be a dual location event, with the SUP and Paddleboard Racing taking place in Copenhagen, the country’s capital, and the SUP Surfing in Klitmøller (known as Cold Hawaii) – a prime Surfing location on Denmark’s Northwest coast. 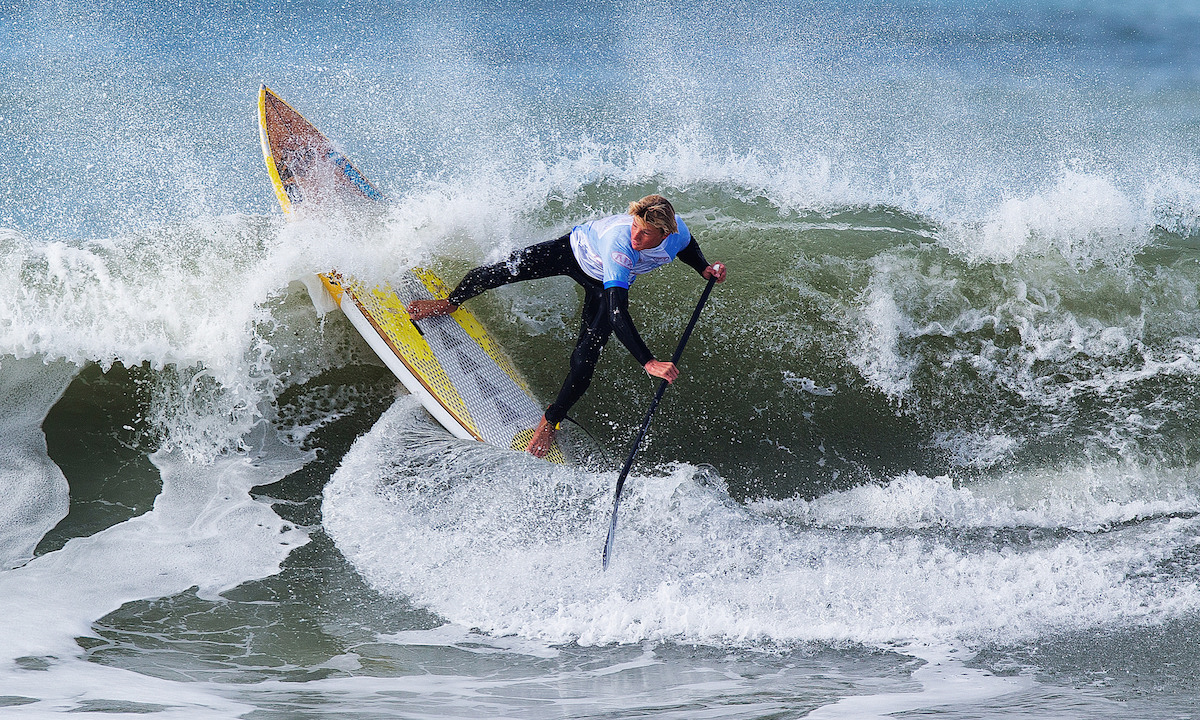 Klitmøller, known as Coldhawaii in the Danish Surfing and SUP community, is well-positioned on the Northwest coast of Denmark to receive solid swell from the North Sea. | Photo: Copencold Hawaii

The announcement of the 2017 ISA World SUP and Paddleboard Championship comes on the back of the confirmation of the 2016 edition, which will be held in the world-renowned waves of Cloudbreak, Fiji from 12-20 November 2016.

Joining the ISA World Championship Series in 2012 in Peru, the ISA World SUP and Paddleboard Championship has become the fastest growing event in the series. At the 2015 edition, participation more than doubled since the event’s inception in 2012 with 27 Nations and 260 athletes converging on the shores of Sayulita, Mexico for an incredible week of competition that resulted in Team USA earning their first-ever Gold Medal.

“We are delighted to bring our 2017 ISA World SUP and Paddleboard Championship to Denmark, and for the first time to Europe. We are excited to partner with our friends from Denmark whose commitment and enthusiasm for SUP is a testimony to the global growth and development of this key ISA discipline. With our 2016 Championship in Fiji this November followed by Denmark next year, SUP and Paddleboard are becoming more and more universal.

“As the world governing authority for SUP and Paddleboard, we are working every day to foster the worldwide development and growth of these disciplines. Following the inclusion of SUP Racing and SUP Surfing in the 2019 Pan Am Games in Lima, bringing this competition to Denmark and Europe will provide another outstanding platform to showcase the elite athletes competing in a world-class event, raising the global profile of the sport.

“We can expect the world’s best SUP surfers, SUP racers and Paddleboarders to grace the waterways of Copenhagen and shores of Northern Denmark and experience the amazing coastline and warm hospitality of the country. I would also like to express my thanks and gratitude to Friends of Cold Hawaii and the Danish Surfing and Rafting Federation for their support.” 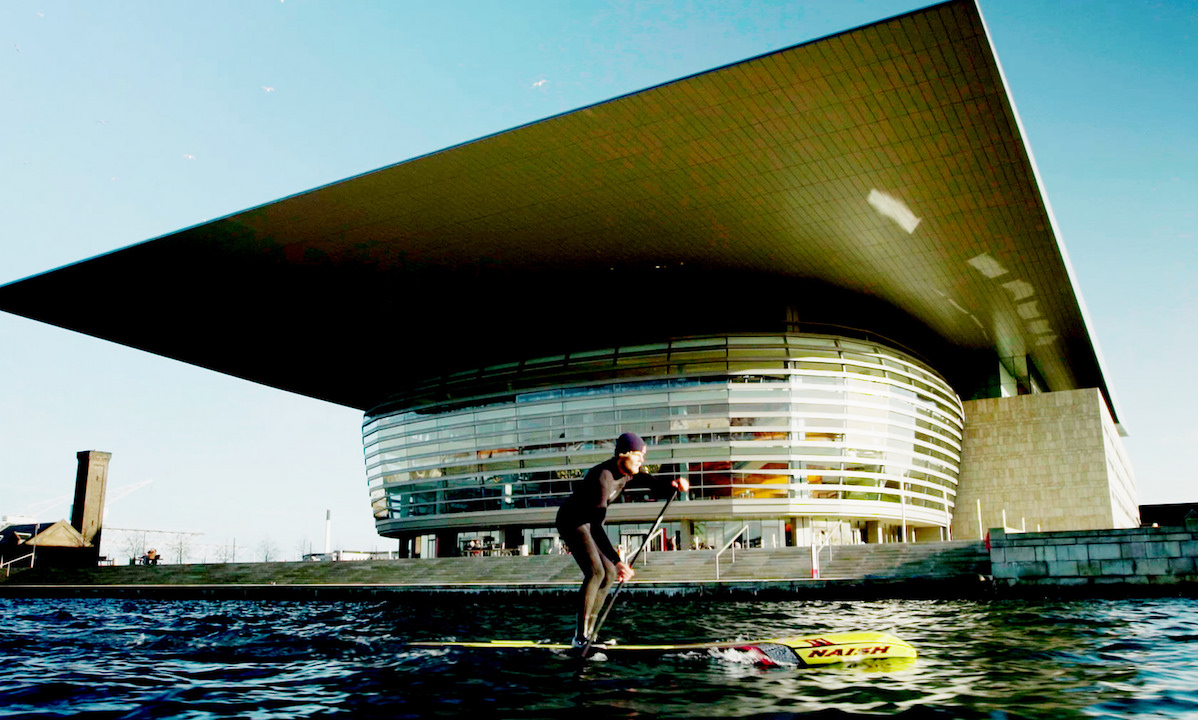 “We are honored and proud to announce that Denmark will be the first European country to host the ISA World StandUp Paddle (SUP) and Paddleboard Championship. Our ambition to grow and develop SUP and Paddleboard is aligned to the vision of the International Surfing Association and we are delighted to be working in partnership to promote the sport.”

“We are thrilled to make this announcement here in Rio where Surfing has just been confirmed as an Olympic sport for Tokyo 2020. This is a fantastic opportunity for the whole sport and we are determined to support the ISA as we continue the development of SUP and Paddleboard with the hope that these disciplines will also one day become a part of the Olympic Games.”