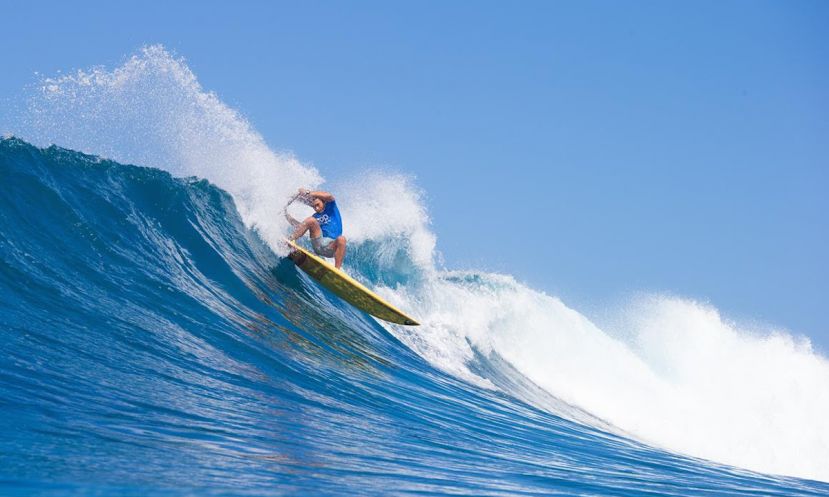 An epic day of action at the Sunset Beach Pro sees the top seeds rise to the challenge, Finalists decided and a Champion crowned. | Photo: APP World Tour / Brian Bielmann

OAHU, Hawaii - Blue skies, clean conditions and high performance surfing was the order of the day on Day 3 of the 2017 Sunset Beach Pro, as we completed the repecharges for both Men & Women, as well as Round 3 of the Men, and Semi Finals for the Women.

With the level of performance surfing here on the APP World Tour once again hitting a new high, the World's best stepped up to the Challenge and proved their worth in the groomed Sunset Beach line up to put on a great show for the assembled spectators onsite and viewers online.

Through the tail end of the repo, it was the Brazilians who made their presence felt, with Lucas Medeiros and Marcio Grillo both charging their way back into the running for Round 3.

Meanwhile, Round 3 saw the big names step up with Naish's Bernd Roediger (pictured above) from Maui clearly making a statement in his heat to easily advance through to the Quarterfinals. There is no doubt that his wave selection coupled with his raw talent is a magical combination and bodes well for Finals Day, as Bernd will be looking for a strong finish here at Stop 1 of the 2017 APP World Tour. 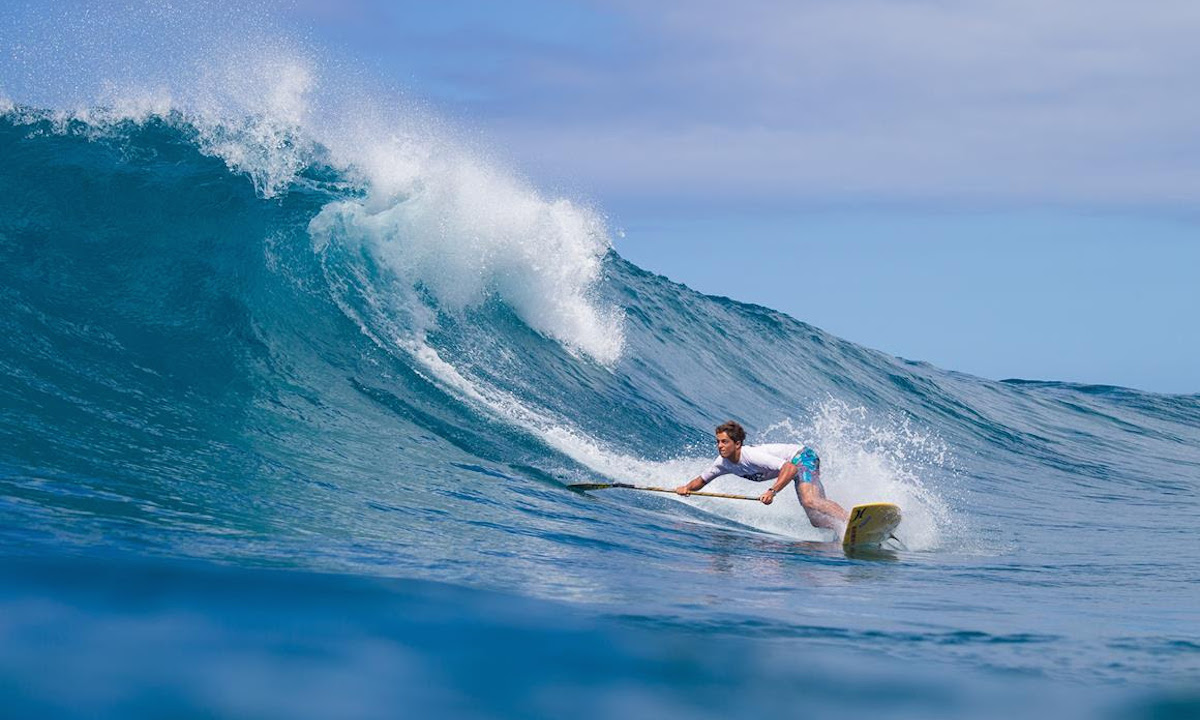 4x Sunset Beach Pro Champion Kai Lenny battles it out with childhood friend Kody Kerbox in one of the heats of the day. | Photo: APP World Tour / Brian Bielmann

Kai Lenny is on form in 2017 and looking dangerous. While he didn't have the biggest scores of the day, his surfing is looking polished and precise, with his Round 3 heat a true testament of this.

However, perhaps the most exciting element of all here on the APP World Tour in 2017 is that the depth of talent rising to the top is so immense, that even with this performance, he advanced in second place behind long time friend and fellow Maui bred athlete, Kody Kerbox (SIC Maui). Kody was sitting in 2nd for most of the heat, still in advancing position, but in the closing minutes of the heat was able to turn the tables on Kai with a dynamic and explosive ride that was enough to propel him into 1st place in the heat.

This will no doubt only fuel Kai harder, as win or lose, we can expect a performance to remember from the 4x World Champion once competition resumes. Next call is at 7am HST tomorrow (Sunday morning), although we are not anticipating that the surf will be big enough to run. 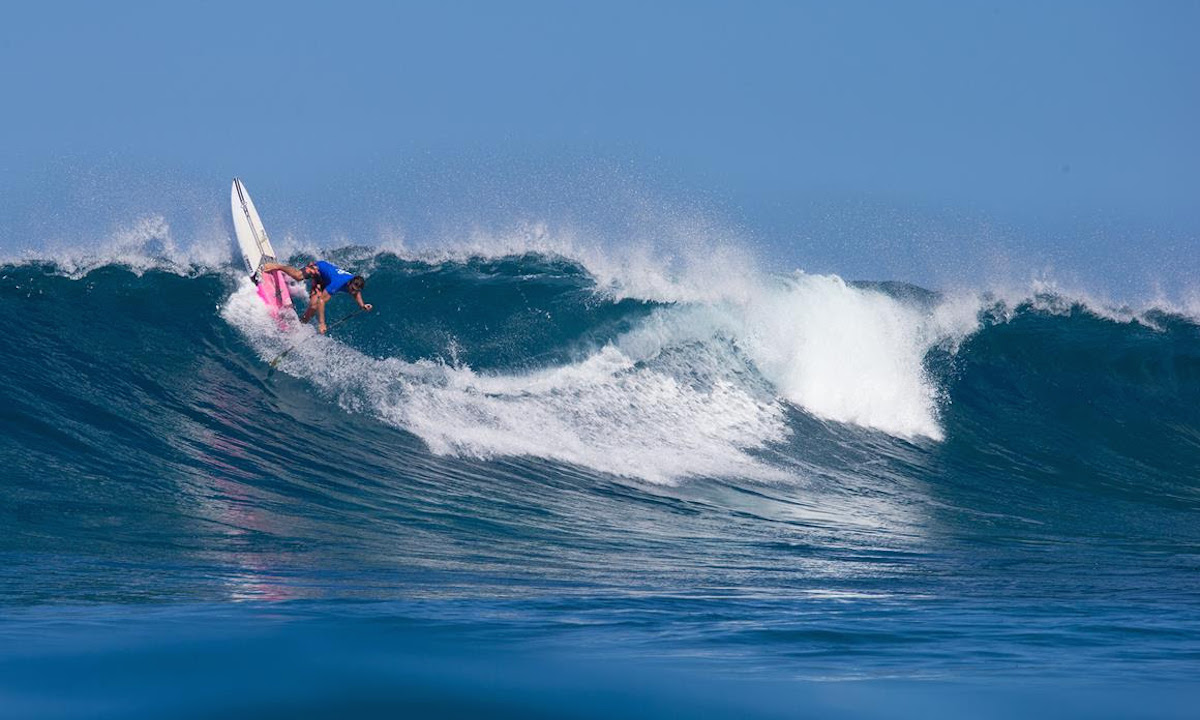 Poenaiki Raioha (F-One) continued his assault on this year's Sunset Beach Pro today and is looking better than ever, with some of the most powerful and fluid surfing of the event. Having posted the two highest heat score totals in his two performances so far, there is no doubt that Poenaiki is looking like one of the favorites for the event this year, having posted final finishes in the last 2 years and clearly striving for the Title in 2017.

Also showing a marked improvement this season is the young Giorgio Gomez who was looking sharp in both Rounds 1 & 3 and despite an interference that cut his 2nd wave score in half, was still able to ammass enough points on his last wave to advance on into the quarterfinals.

This is clearly just a snapshot of the action from today, as performances from the likes of James Casey, Mo Freitas and Keahi de Aboitiz were also notable and as we ramp up to Finals day, tension is mounting for what could be the most exciting finish yet here on the APP World Tour. 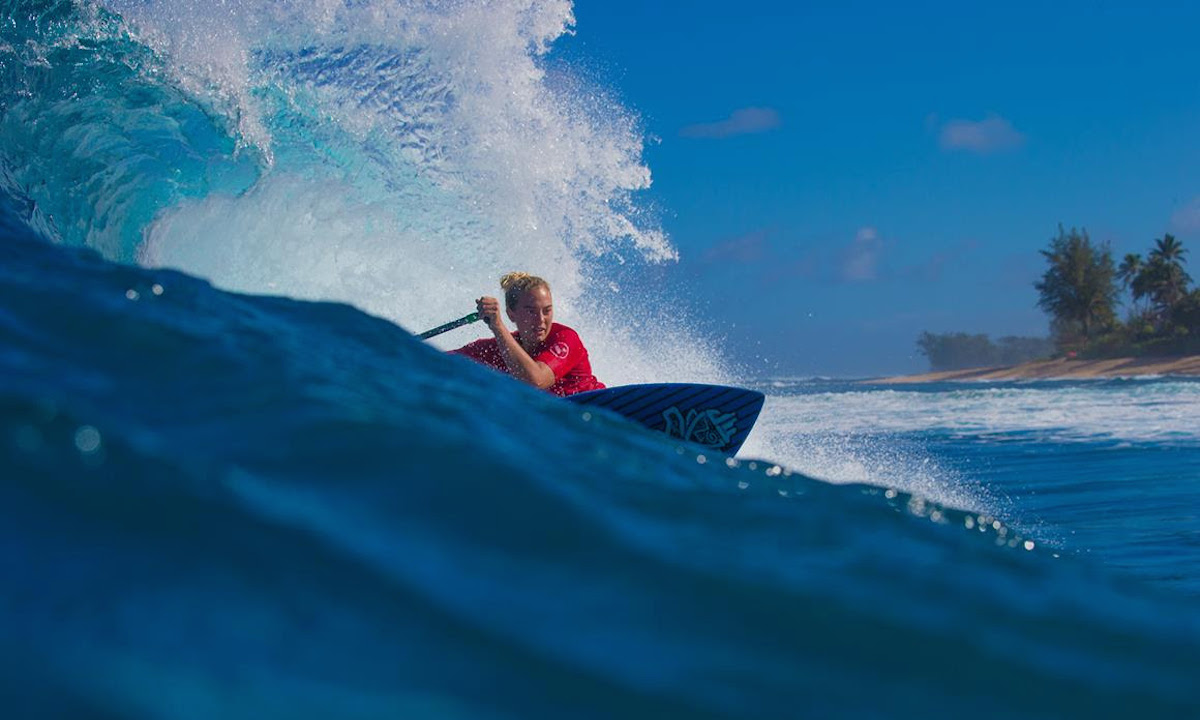 It was another crowning achievement for the women's athletes on Day 3 of the Sunset Beach Pro, as the repechage was completed and semi finals got underway in the beautifully groomed conditions on tap at Sunset Beach.

Stand outs from today's action were clearly 3x World Champion Izzi Gomez (Starboard) and 2012 World Champion Nicole Pacelli, both who showed that significance of their respective titles with notable performances.

Also stepping up once again and impressing the judges and spectators alike was Shakira Westdorp, who despite being on her backhand at Sunset (traditionally tougher than being on your forehand at this particular break), is looking dangerous every time she hits the water, and clearly has Title hopes in 2017. 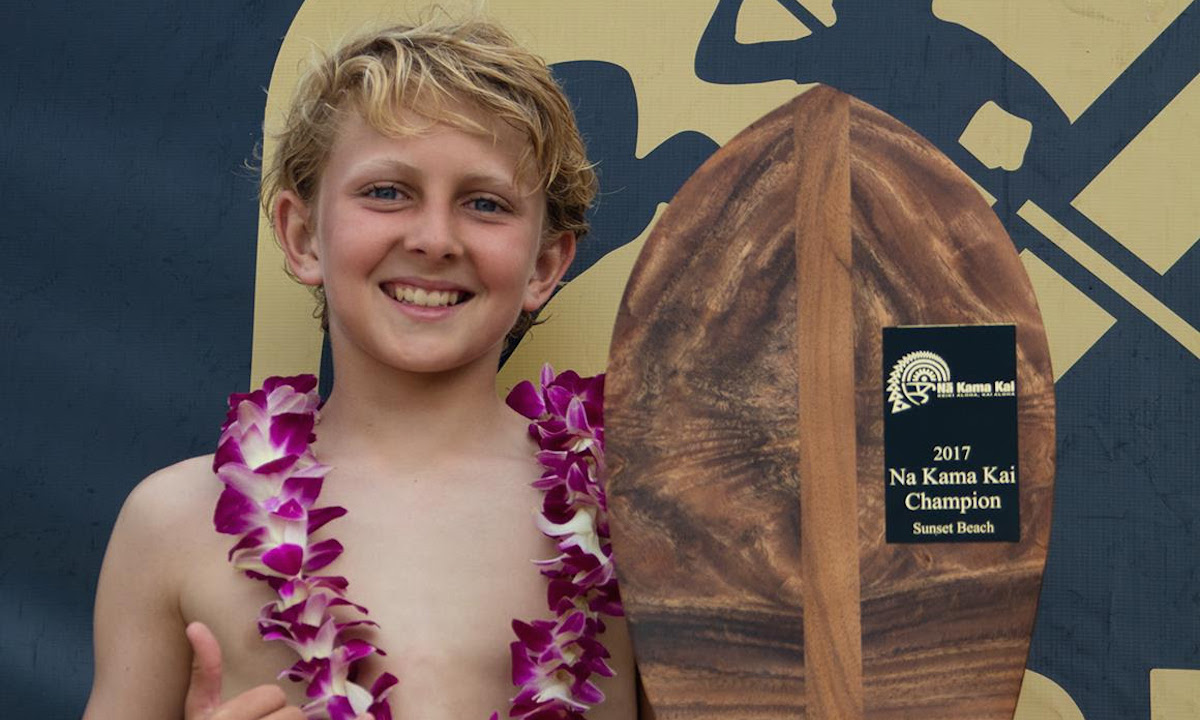 The Na Kama Kai Challenge has been an incredibly important part of the growth of the World Tour for Stand Up Paddling over the past 7 years, nurturing the youth coming into the sport and echoing the philosophy of the non profit here in Hawaii and its Founder Duane DeSoto.

Beyond the Clinics that have been produced by Na Kama Kai, its volunteers and athletes in all four corners of the World, the Na Kama Kai Challenge provides a platform for young aspiring athletes to step up and be counted.

At just 13 years old, Finn Spencer had already made his mark on this year's Sunset Beach Pro by securing the last spot from the Trials into the Main event, and taking on full size and challenging Sunset Beach. At his size, the waves he dropped into and how he approached them was nothing short of mindblowing.

While Finn was unable to get out of the repechage in the Main Event, his time to shine came in the Na Kama Kai event, where he put on a performance to remember and had the crowd on their feet with a phenomenal display of surfing way beyond his years. His positioning, wave selection and fluid surfing is astonishing and he was crowned the well deserved Champion of the 2017 Na Kama Kai Challenge at Sunset Beach.

You couldn't hide the excitement in his face as he received his hand crafted, Monkey Pod paddle by Hawaiian craftsman Leleo Kinimaka with the prestigious Na Kama Kai logo on the blade. One thing is for sure, this is only the beginning for this talented young athlete from Maui.

Check out the highlights from the day below and join us LIVE when competition resumes here for the Final Day of action at www.appworldtour.com