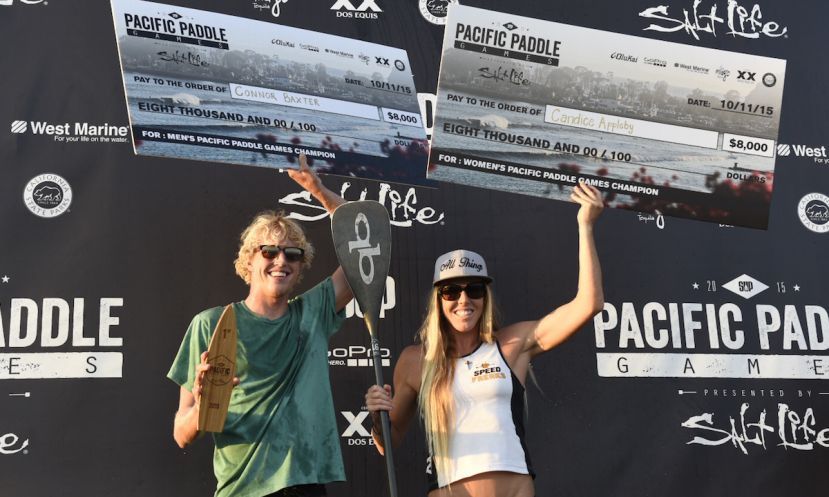 DANA POINT, California – The first annual Pacific Paddle Games presented by Salt Life featured big waves, great weather and the world’s best paddling athletes. That combination made for a fantastically successful event. In the most important prize of the weekend, Connor Baxter and Candice Appleby captured overall titles earning them each a significant chunk of the history-making $55,000 prize purse.

Baxter, a Maui native and Starboard SUP athlete, finished first in the distance race this morning, besting a pack of hungry paddlers looking to take down the sport’s best racer. But it was Baxter’s timely snag of an important wave in the technical surf race that saved the event for the 21-year-old. Mo Freitas pulled away from the field, winning the technical race by 1:35, but thanks to his distance finish, Baxter only needed to stay in the top four to win the overall. He was stuck in a cluster of racers at the first buoy that derailed other paddlers like Danny Ching and Kai Lenny and had to fight to stay in the money. Stuck in the large chase pack, he caught his game-saving wave in front of the announcer’s booth. “I snuck onto that wave before I even made the turn,” he said. “I was thinking in my head, ‘if I catch this, it’ll change everything.’” That wave propelled Baxter into a fourth-place finish, leaving him first overall. Baxter’s come-back performance was truly one to remember. 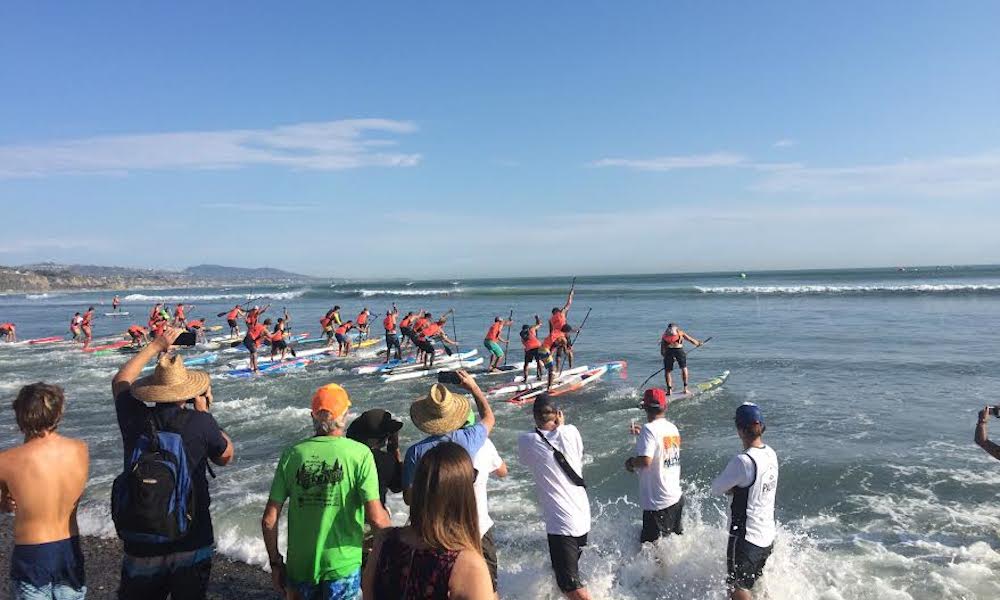 Competition was fierce at the 2015 Pacific Paddle Games.

Freitas’ performance was transcendent. In fact, the 18-year-old from Oahu has had a remarkable year. He won the Payette River Games in June and looked in-form all weekend. His first place finish in the technical propelled him into third overall (he ended 8th in the distance). After he built his monster lead, he just had to hold it: “When you have a lead like that it definitely puts a smile on your face,” he said. “But then you’re like, ‘I can’t fall.’ It’s nerve-racking.”

Denmark’s Casper Steinfath (Naish) also finished off one of the biggest weekend’s of his career, ending third in distance and second in the technical, going against the grain by using a 12’6” board instead of a 14’ like the rest of the field. “It was definitely a risk,” he said. “This is a big accomplishment for me just because the talent level was so deep. I was stoked to be here and represent Europe.”

Check out Rogue SUPs recap of the Pacific Paddle Games below.

The women’s technical race lived up to its billing as a showdown between FCS SUP’s Candice Appleby and Annabel Anderson (SUP Think Tank). Appleby pulled away from her rival with on-point surfing. “Off the water, we’ve definitely built a great relationship over the years, but on the water, it’s as intense as ever,” says Appleby, who was pushed deep inside the first buoy after the field was scattered by a breaking wave. But she easily paddled her way back into the lead. For her part, Anderson wasn’t her usual self after finishing fourth in the distance before ending second in the technical race for second overall. She fell on several key waves. “I could definitely detect some fatigue,” says Anderson, whose travel schedule has been jam-packed. “I made some uncharacteristic mistakes. But I’m happy with the weekend. When Candice and I show up, we know all eyes are upon us.” 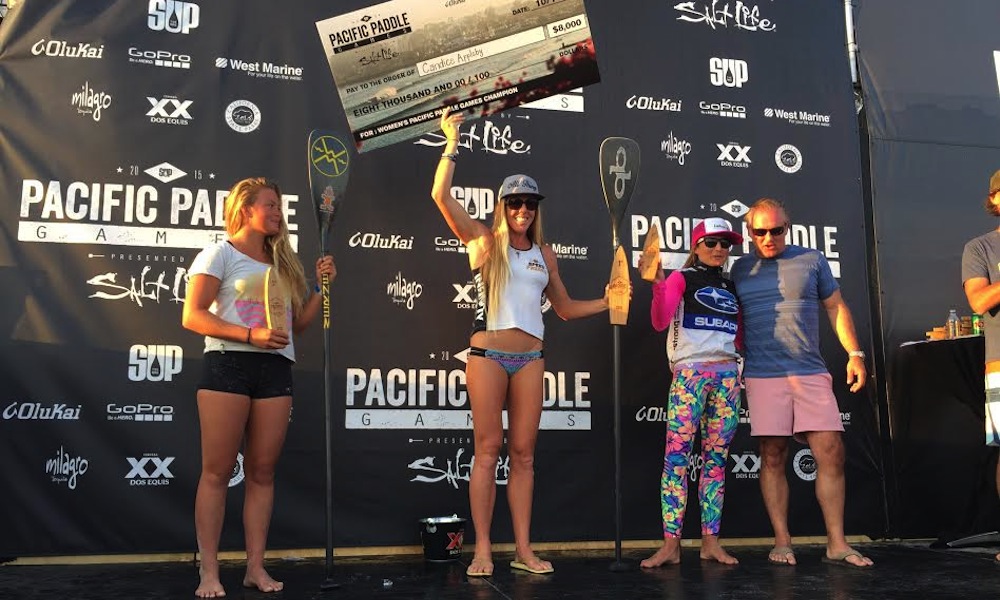 Hood River, Oregon’s Fiona Wylde (Starboard, Werner Paddles) spent the entire race chasing down Appleby and Anderson, ending third in the technical and fifth in the distance for third overall. The performance was especially inspiring considering Wylde was diagnosed with Type 1 Diabetes earlier this year. “I’ve just been learning to train and deal with my blood sugar levels,” she said. “It was an up and down year but this feels awesome.”

The junior and grom races were equally impressive. Riggs Napoleon from Hawaii had an outstanding performance in the junior men’s race and was closely followed by Noa Hopper and Guy Barel. The junior women’s races saw Annie Reickert take the Technical Race win and Erika Benitez won the Distance Race.

Check out pacificpaddlegames.com for photo galleries and video of all the action. To see the full list of results, click here.

To see more news and action from the 2015 Pacific Paddle Games, click HERE.

Salt Life is an authentic, aspirational and lifestyle brand that embraces those who love the ocean and everything associated with living the “Salt Life”. Founded in 2003 by four avid watermen from Jacksonville Beach, Florida, the Salt Life brand has widespread appeal with ocean enthusiasts worldwide. From fishing, diving and surfing, to beach fun and sun-soaked relaxation, the Salt Life brand says “I live the Salt Life”. From its first merchandise offerings in 2006, Salt Life has grown to more than $30 million in annual sales, with distribution in surf shops, specialty stores, department stores and sporting goods retailers. Saltlife.com

ABOUT TEN: THE ENTHUSIAST NETWORK