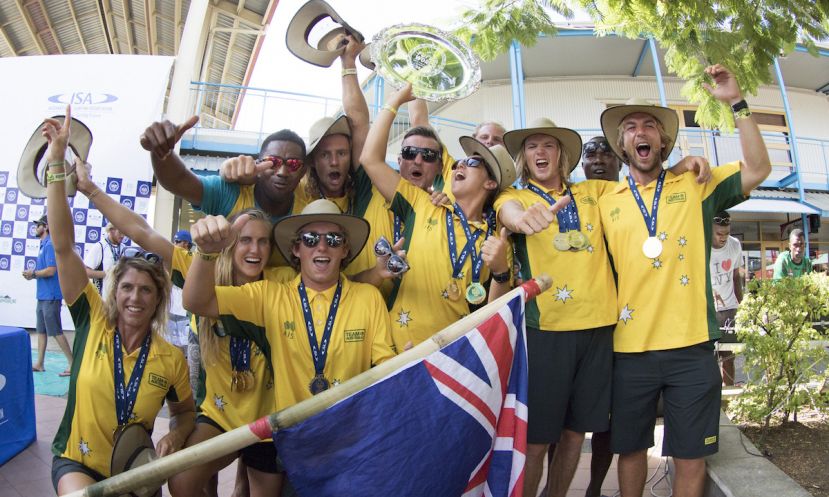 CLOUD BREAK, Fiji - Australia reclaimed the Team Gold Medal and Waikiki-Peru World Team Champion Trophy at the fifth edition of the 2016 Fiji ISA World SUP and Paddleboard Championship. Australia had won the team title at the first three editions of the event after losing to Team USA at the 2015 edition in Sayulita.

“Our goal was to take the Gold back to Australia and we did it,” said Australia’s SUP Surfing Gold Medalist and Starboard SUP athlete, Shakira Westdorp. “Everyone represented Australia well and contributed to the team points. I am proud of the team and what we achieved today.”

ISA President Fernando Aguerre said, “This is the end of a historic week of competition as SUP was raised to new heights and a new standard set for the sport. The epic waves of Cloudbreak and the pristine waters that run between Fiji’s tropical islands were the ideal locations to display the beauty and excitement of this sport to the world.”

Aguirre continued, “I would like to give a big thanks to Tourism Fiji and all those who made this event possible. The Fijian people greeted us with their warm, contagious ‘Bula’ vibes and left a lasting impression on all of us. We will leave here as ambassadors of this country, their culture and their amazing waves.” 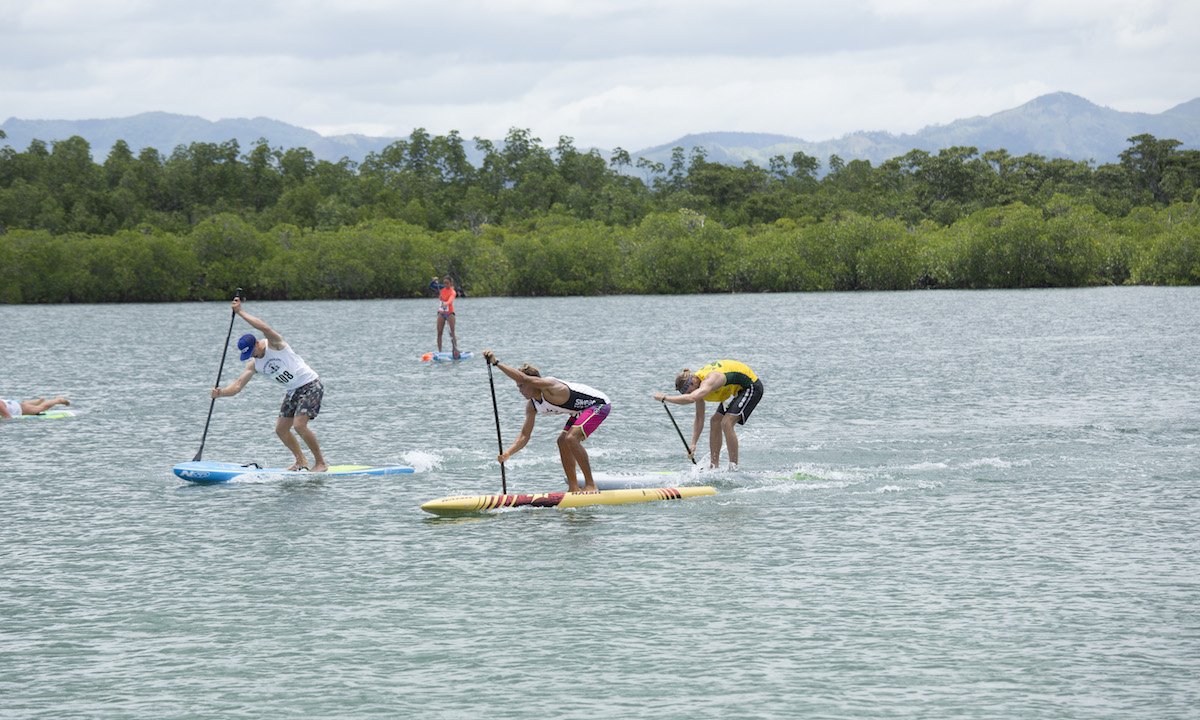 Hawaii's Kai Lenny coming from behind for the win in the team Relay. | Photo: ISA / Ben Reed

In the Team Relay Race this morning Hawaii’s Kai Lenny (Naish) completed an extraordinary come from behind victory as the anchor on the relay. Heading into the last lap, Lenny started off in fourth position well behind the leaders, but quickly made up lost ground. On the final stretch to the finish, he surpassed Australia’s Lincoln Dews and New Zealand’s Marcus Hansen to take the Gold Medal for Team Hawaii. The win awarded Team Hawaii 1000 points, pushing them into a podium position with the Copper Medal.

“When I got to that last buoy I realized that I was gaining on the guys up front,” said Lenny. “I knew on the final upwind stretch that I needed to attack.” Lenny continued, “After experiencing my first ISA World Championship, the event was so fun. It’s special because it’s one for all and we are all supporting each other. I made a commitment to compete for Team Hawaii and the camaraderie has been amazing.”

Following the Team Relay Race was the exhilarating 200m SUP Sprint Race. The race did not count for team points, but the world’s best SUP racers still gave it their all for the pride of representing their nations. Canada’s Lina Augaitis (SIC Maui) and Denmark’s Casper Steinfath (Naish) took the Gold Medals in the Women’s and Men’s Divisions, becoming the first ISA World Champions in the discipline.

“I’ve dreamt about winning this Gold Medal all year,” said Steinfath. “I am still pinching myself to see if it was real. We just culminated a historic event here in Fiji. SUP is truly a global sport. Last year we were in Mexico, this year in Fiji and next year we are going to Denmark, my home country. Vinaka Fiji!”

To see more news and highlights from the 2016 ISA World SUP and Paddleboard Championship in Fiji, click HERE.