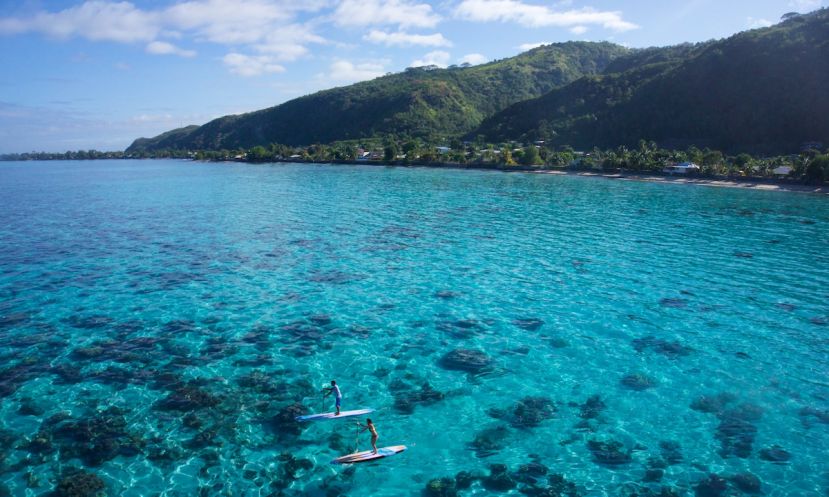 TAHITI, French Polynesia - Aside from being one of the most gorgeous places on Earth, Tahiti is also one of the paddling wonders of the world. The small island nation located in French Polynesia produces a grip of deeply talented watermen and women, all who excel in ocean and water sports. Tahitians, and Polynesians in general, have been paddling for thousands of years, you might even go as far as to say that it’s part of their DNA.

Tahiti is well known all over the world for their level of canoe paddling, or va’a as it’s known in French Polynesia, and over the years Tahiti has been home to many famous and challenging va’a races like the Hawaiki Nui Va’a. More recently though, as stand up paddling has risen the ranks in popularity, many of the va’a paddlers have adopted SUP and have transitioned into the relatively new sport beautifully. Professional stand up paddler and SIC Maui athlete Georges Cronsteadt is a perfect example of this transition. With many of the Tahitian va’a paddlers transitioning into SUP, new events have been established, one being the Air France Paddle Festival. In only its third edition, the Air France Paddle Festival has skyrocketed in popularity and is arguably the largest SUP event in the South Pacific. 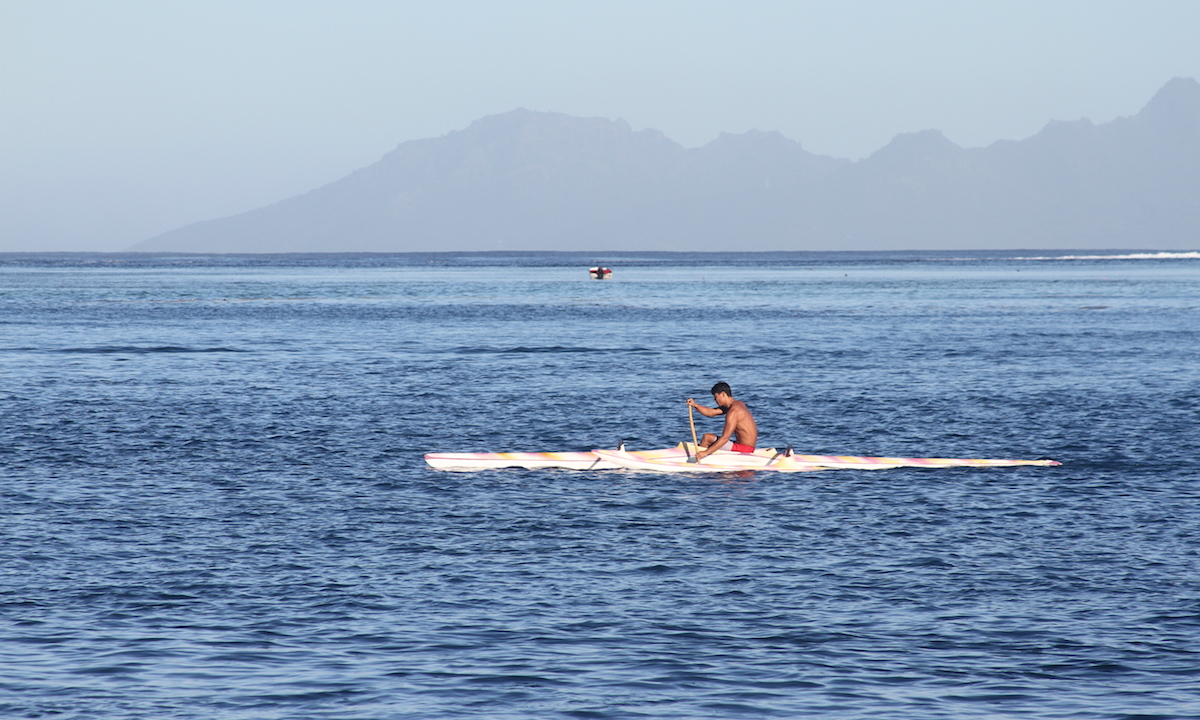 Tahiti is well known all over the world for their level of canoe paddling, or va’a as it’s known in French Polynesia. | Photo: Supconnect.com

The Air France Paddle Festival takes place in Tahiti, need we say more? With the 9.5km Lagoon Race taking place in the stunningly clear lagoon waters and the 24km Elite Race mixing in the lagoon with the open ocean, not only are the views unreal but the warm water and the opportunity to paddle amongst some of the best paddlers in the world make for an event you can’t afford to miss out on. 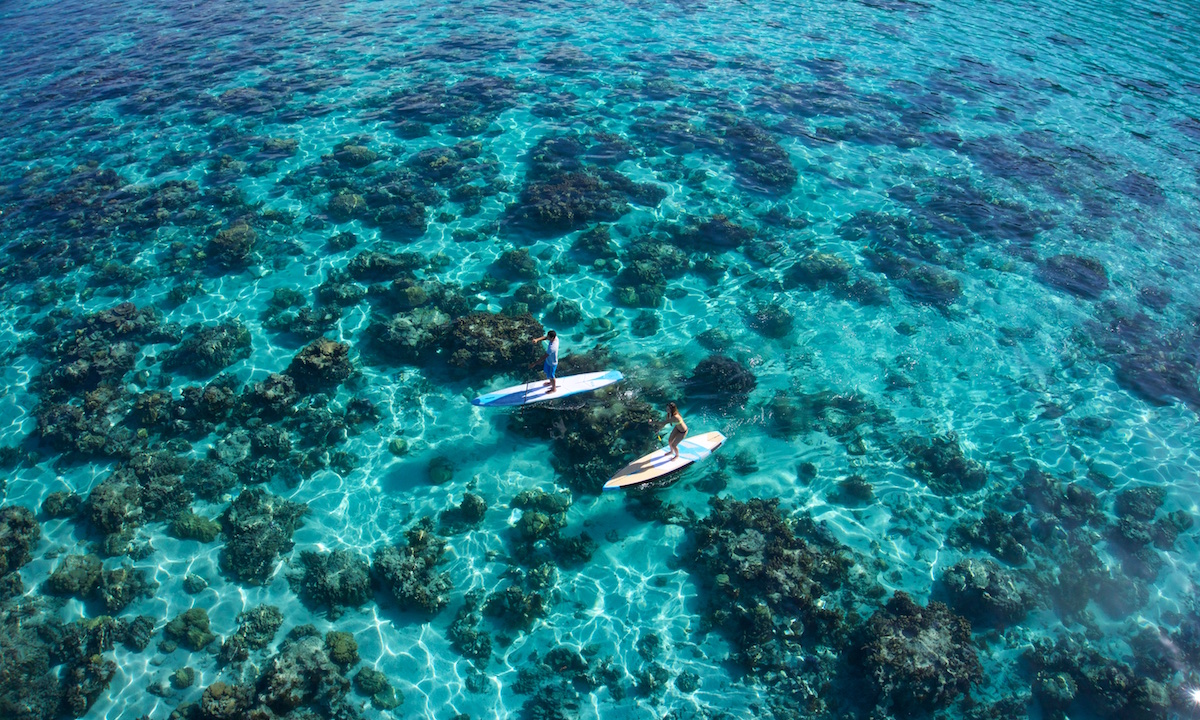 An aerial view of lagoon paddling in Tahiti. | Photo via: F-One

The Air France Paddle Festival has quickly become the largest SUP event in the South Pacific, and deservedly so. The event is well organized and put together and is a quality event that is on par with many of the well-known SUP events in the world. In 2015 there were close to 300 unique participants and this year it is expected to grow in participation and there will even be a live broadcast covering the event!

This year the prizes are amazing! There is $20,000 up for grabs over the four different races (Fun race, Prone Race, Lagoon Race, Elite Race), with the 24km Elite Race having the biggest purse of $10,000 and the winner taking home $2,500. This purse alone is a solid reason in of itself to head down to French Polynesia and have your chance at taking the cash.

One great thing about the Air France Paddle Festival is that it is not only an event that encompasses an Elite race but it also incorporates races for paddlers of all levels, age and skill and won’t break the bank in entry fees. If you register before the end of March, you’re only paying €30 and before the end of April only €43 and includes, registration fee plus, Lycra, picnic pack and a beverage. 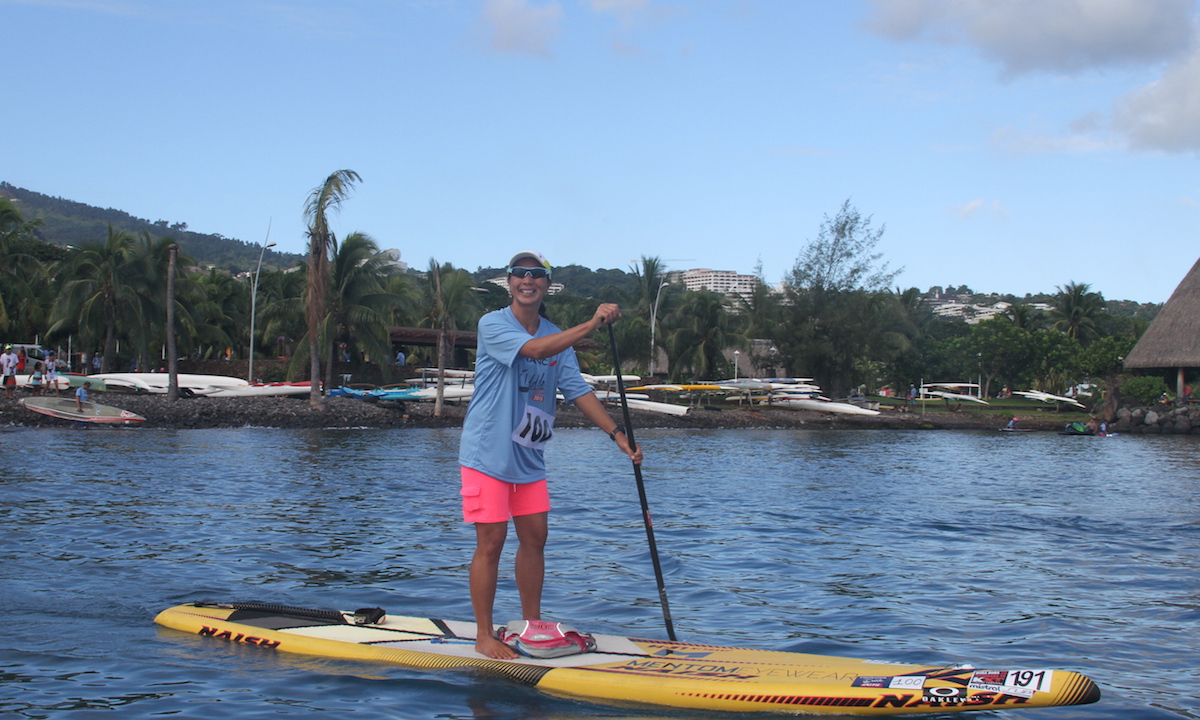 The Air France Paddle Festival is more than just a SUP race. It's a family-friendly event great for everyone to enjoy. | Photos: Supconnect.com

If you’re a beginner paddler the 3km Fun Race is your calling. You can even do it in team of three people, two boys and one girl. In teams, each person will race just 1 km. So, you can do it with your job colleagues or family for fun! If you’re an intermediate paddler the 9.5km Lagoon Race is perfect for you and if you’re an advanced paddler that wants a challenge, the 24km Elite race will give you just that. The Air France Paddle Festival is a family-friendly event that is great for everyone to enjoy.

5. Voted SUP Event of the Year in 2015 Supconnect Polls

If the four aforementioned reasons haven’t persuaded you to register yet, let us give you another. Not only do we love the Air France Paddle Festival but so do your peers! In the 2015 Supconnect Polls the Air France Paddle Festival was voted as the SUP Event of the Year! If that doesn’t give you a good idea about this event we don’t know what will.

The ladies of the 2015 Air France Paddle Festival. | Photos: Supconnect.com

To learn more about the Air France Paddle Festival and for Registration info, click HERE.