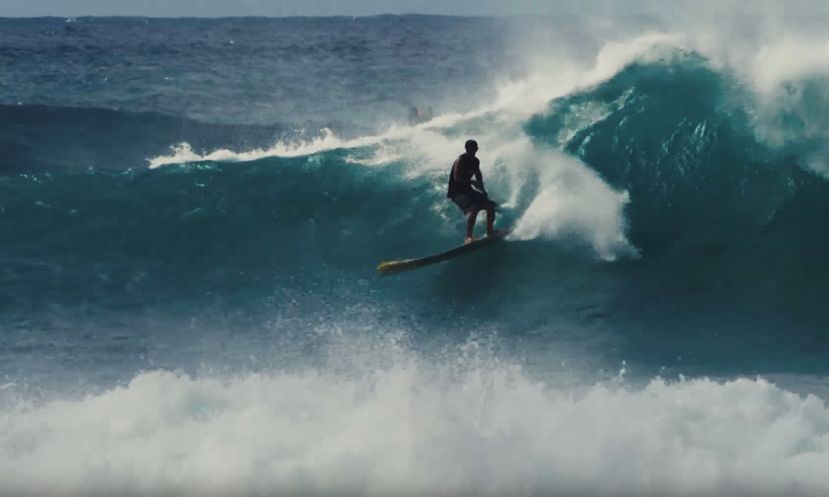 SAN FRANCISCO, California - As an official stop in the 2016 Stand Up World Series, Red Bull Heavy Water has started the holding period as of September 1st. The holding period will guarantee 40 of the world’s best SUP athletes waves over 10ft. on an open course that stretches 12km (7.5 miles), starting at Ocean Beach and finishing just past the Golden Gate Bridge.

Red Bull Heavy Water weather window is from September 1 - 28, with a preliminary ten day amber light, followed by a seven day green light when conditions are deemed optimal, culminating in a two day window for the event to occur. “Given the tides and surf requirements for Red Bull Heavy Water, we anticipate a green light towards the middle to second half of the month, although we will be monitoring conditions closely to ensure we choose the best possible window,” says Tristan Boxford, CEO of the Waterman League.

Famous for its powerful, frigid and relentless surf, Ocean Beach plays host to the start line and demands strength and determination from the athletes as they paddle out and surf back to shore three times before continuing around shipwreck laden Land's End. With unpredictable currents and underwater obstacles, the route is perilous and rough, feeding directly into the San Francisco Bay from under the Golden Gate Bridge. The athletes will paddle past Fort Point, an iconic surf spot and historic military base, and will pull out of the water at St. Francis Yacht Club after battling over seven and a half miles of intense conditions. Check out the Course Preview in the video below.

For more information on Red Bull Heavy Water and the 2016 Stand Up World Series, please visit HERE and HERE. To see more news on the Red Bully Heavy Water event, like what athletes are competing, who the top contenders are and more, click HERE.