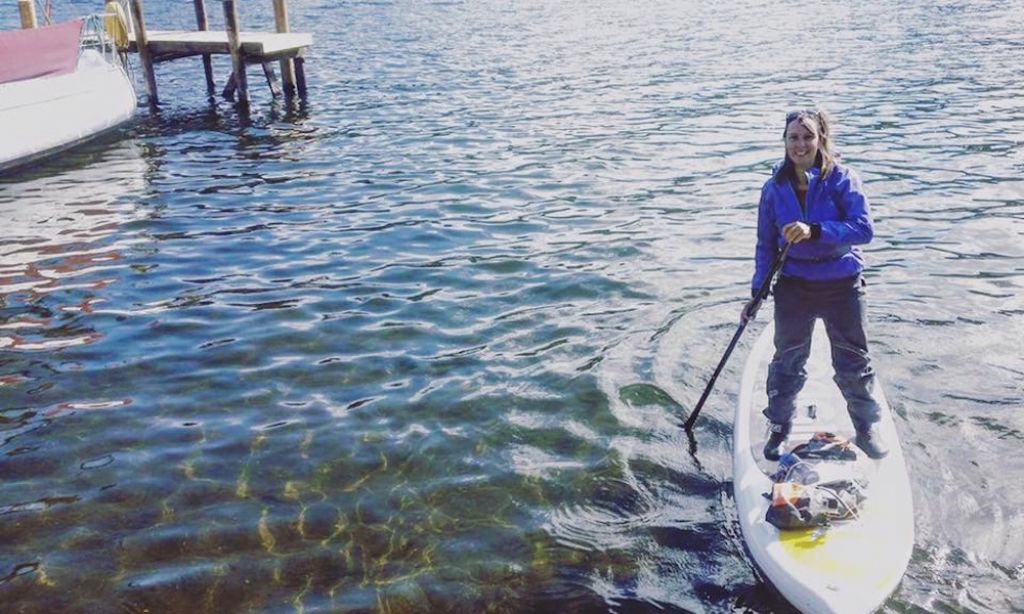 Sian Sykes during her SUP adventure. | Photo via: Sian Sykes

NORTH WALES, United Kingdom - After having an early mid-life crisis from working 18-hour days in advertising in London, Sian Sykes was looking for a big change and a way out. Sian was tired from long days at work and was looking for a way to have a better balance in life, to live by the sea and mountains and to just reconnect with nature. Sian walked away from her hectic life in London and found herself in North Wales running her own SUP business where she is a guide and takes people on epic adventures to remote and tranquil mountain lakes and along rugged coasts.

After reconnecting with nature and finding a better balance in life, Sian Sykes wanted to challenge herself with a new adventure, and one that’s never been done before. Sian just recently completed the first SUP solo, unsupported mission of the UK's lakes..Sian took on three lakes, in three countries, in three days and paddled a total of 69km!

On the first day of the adventure, Sian had an early start and was greeted with calm and welcoming conditions at Llyn Tegid, Bala Lake as the excitement for her to start her adventure was at an all-time high. As Sian was on the return leg, the winds picked up to a force 3/4 which made it tricky as it was a northly wind but after three hours of paddling Sian had made it back safely and was greeted by her mom who was ready for a picnic to celebrate. Following the picnic with her mom Sian was off to the next stop on her adventure, Lake Windermere.

After sleeping in her car all night with not the best of sleeps, Sian wanted to get an early start on the lake to avoid the lake traffic, as it’s quite a popular spot for tourists and locals alike. Sian described the lake that morning as “beautifully still and calm” and the “mountains looked clear with wonderful reflections in the lake.” After paddling for a total of four hours Sian arrived back at lakeside where she met up with some friends to eat breakfast. From there she caught the ferry back to Waterhead where she would take off to Scotland for the next stop on her adventure, Loch Awe. 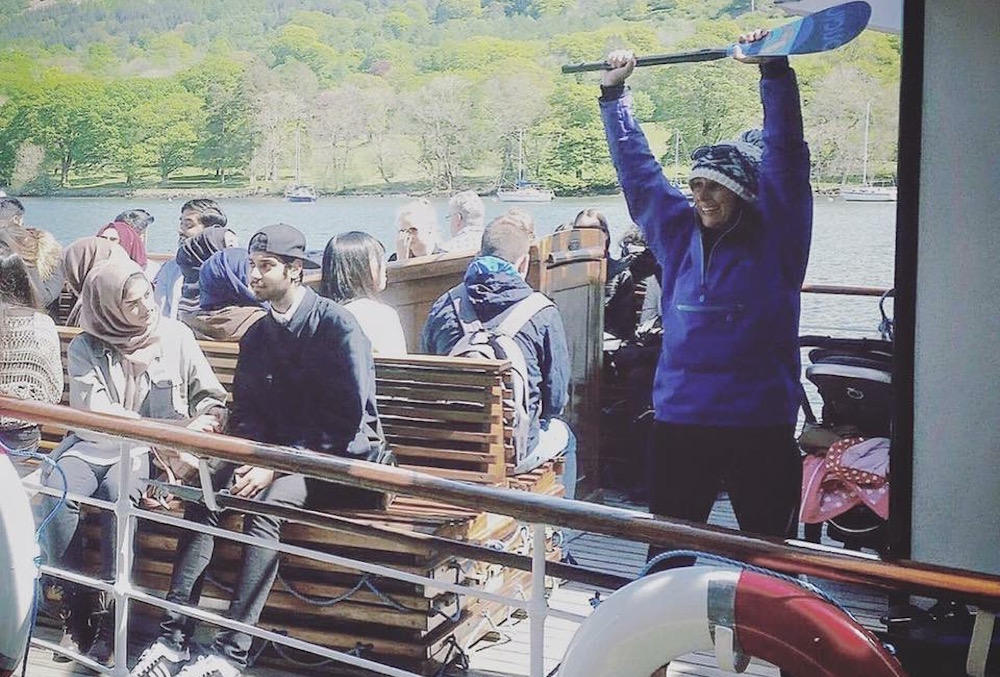 Sian Sykes celebrating her finish of day 2 aboard the ferry. | Photo via: Sian Sykes

After arriving in Scotland and getting a full night’s rest at a local bed & breakfast, Sian was ready to take on Loch Awe. Prior to the trip, Loch Awe was causing Sian a bit of concern as the weather and conditions can be fickle at times. With the weather looking good for the time being Sian decided to get in another early start. With camping gear strapped to the deck of her board and paddle in hand, Sian launched into the water at the top of the lake near Kulchurn Castle. 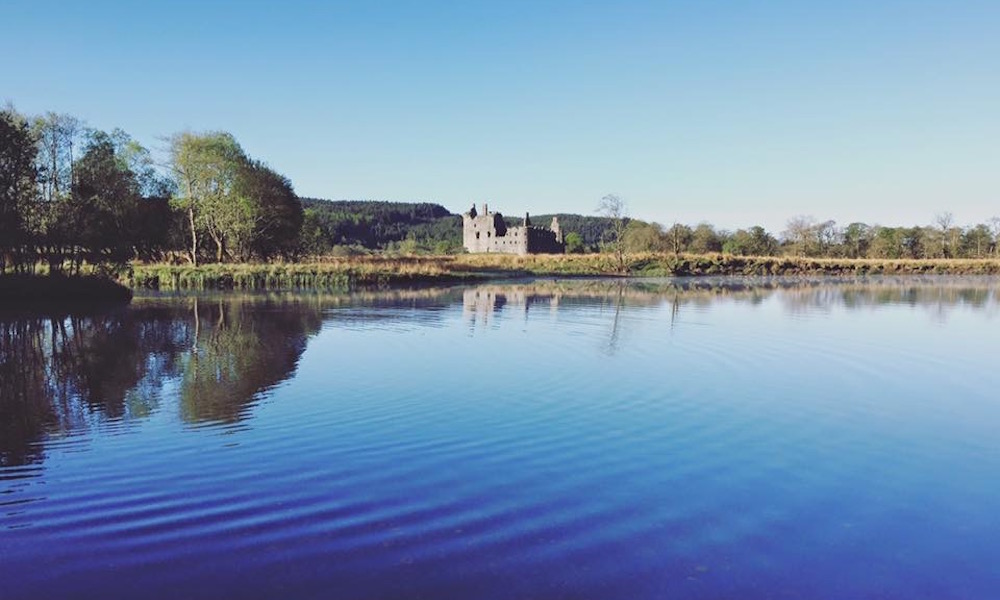 “The conditions were AMAZING,” said Sian about her favorite lake of the three total she paddled. “It was so quiet, there was stunning views and pure paddling in solitude” she continued. With plans to stop paddling at 2pm and set up camp for the night, Sian decided to keep paddling as the conditions were perfect and there were only 6km left to the finish at Ford. “I made the decision to do it in 1 big push, so I did!” said Sian. “I hugged the side of the lake checking on weather conditions, so if I needed to bail I could.” After 10 hours total on the water Sian had made it to the finish at Ford, pooped and stoked. The next day Sian went for a quick paddle in the area and was then picked up by friend who accompanied her to the Scottish coast to SUP around the Isle of Seil for a celebratory paddle. 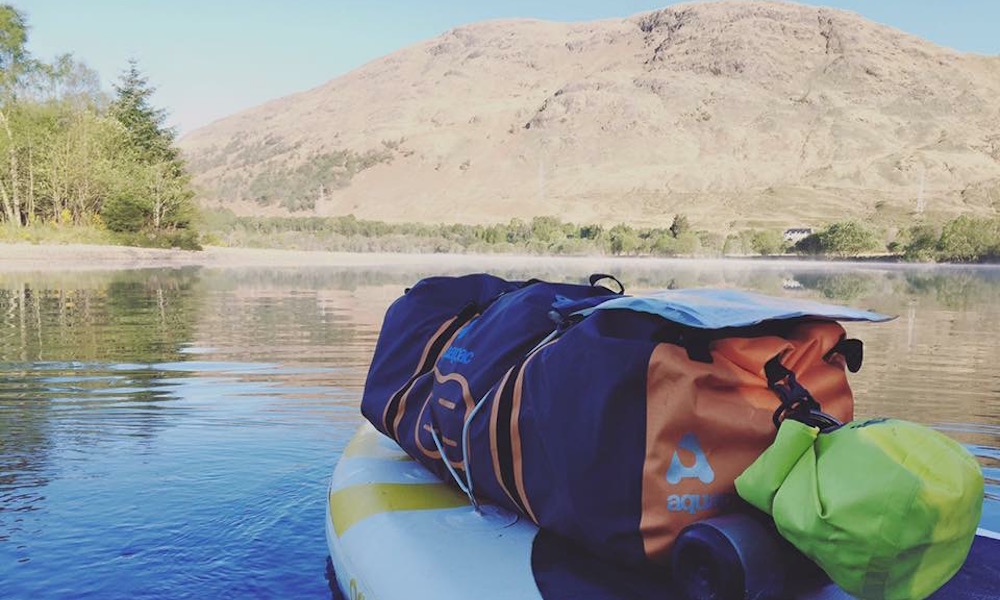 Camping gear on board during Sian's paddle on Loch Awe. | Photo: Sian Sykes

“I wanted to do something a bit different” said Sian about her adventure. “I guide people paddle boarding for my business, but I wanted to do something for myself, doing what I love doing” she continued. Sian didn’t tell many people about her paddle adventure as she “didn’t want to put added pressure as I knew plans might change with the weather… I wanted to prove to myself that with some planning, I could do a solo trip and to enjoy having time out from the day-to-day pace of life and enjoy being at peace, with nature, my board and in solitude.”

By the looks and sounds of it, Sian did just that! Check out the video from her trip below!