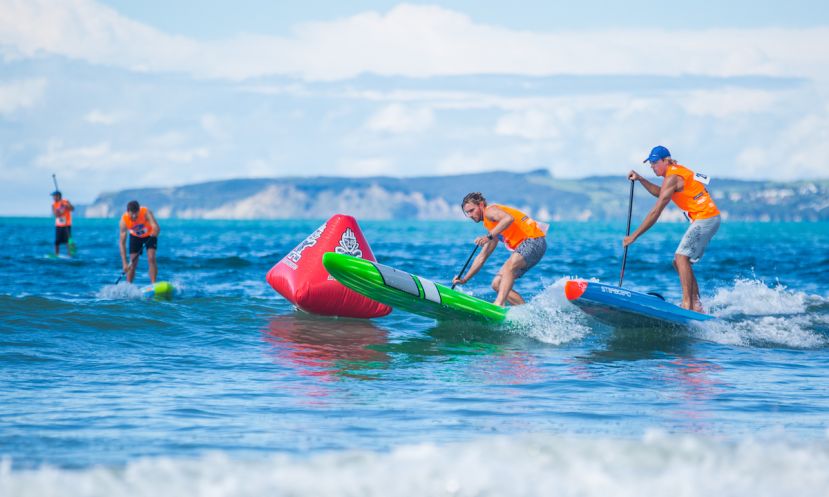 AUCKLAND, New Zealand - New champions were crowned and a new generation stood up at the Hoe Toa Paddle Championships in New Zealand on the weekend, where Penelope Strickland and Tara Hope earned national titles, Australia’s Lincoln Dews gatecrashed the party with a clean sweep and over 200 paddlers hit the water for a big two days of racing.

“Hoe Toa” (“Champions Paddle” in the indigenous Maori language) is the new name of the New Zealand Nationals. It’s the nation’s showcase SUP race and a chance for the country’s finest to book a ticket to The Worlds. The weekend is also a big draw for amateur athletes, with 220+ competitors signing up for this year’s festival.

With seven-time champ Annabel Anderson sidelined through injury, the women’s event was guaranteed to see new champions emerge this year, and as the reigning Molokai Queen, Penelope Strickland was always going to be tough to beat in Saturday’s ocean race. But while she started as the hot favorite, when the downwind conditions began firing it became a mere formality with Penelope clocking a time of 1 hour 43 minutes that was almost 10 minutes clear of the runner-up Tara Hope (NSP). 16-year-old Brianna Orams (Starboard) was right behind in third, which is a very positive sign for the future, while everyone that got out on the water seemed fairly stoked with the conditions no matter what position they finished.

“It was a bit of upwind grind for 3 or 4km,” said race director Jeremy Stephenson, “but after that everyone got a sweet 12-13km of perfect downwind conditions as the 15-20 knot wind produced plenty of bumps.”

The men’s race was a much tighter affair as Team NSP’s Marcus Hansen held a slim advantage for much of the race before his Quickblade stablemate Lincoln Dews (DEEP) overran the local favorite in the closing stages. Lincoln’s victory follows impressive performances in the Aussie pre-season and sets him up for a big international series on The Paddle League World Tour, while Marcus can take plenty of confidence from his competitive showing.

Others to impress in the ocean were Starboard duo Trevor Tunnington (3rd) and local young gun Ollie Houghton (4th), and Aussie dark horse Ben Tardrew from Team ONE who rounded out the top five.

While Saturday’s downwinder saw big time gaps on the results sheet, Sunday’s beach race was a tense battle right to the line despite the waves providing plenty of opportunities to break away.

After a close race around the tight course and in-and-out through the surf at Orewa Beach, the women’s title came down to a sprint up the beach between Tara and Penelope, with the NSP team rider edging out the downwind champ to claim her maiden win. Young gun Brianna Orams was third for the second day in a row and will carry high hopes in the years ahead given her impressive performances on the weekend.

It was once again a case of the Kiwis throwing everything at Lincoln Dews to stop Australia stealing the men’s title, with Trevor Tunnington this time taking the role of lead defender. But despite the two going stroke for stroke on the final lap, Lincoln dug deep and found a tiny wave to paddle clear on the home stretch, crossing the line a few seconds clear to make it a perfect weekend for the Quickblade stalwart.

Marcus Hansen picked up his second podium of the weekend to continue his solid pre-season form, while Ollie Houghton once again finished fourth.

There was a strong emphasis on the kids at the Hoe Toa Paddle Championships, with the juniors getting plenty of time in the spotlight as the country seeks to nurture the next generation. Quinn Pirrit was the best-performing boy of the weekend while Tamsin McAsey took home the girls’ title.

Event organiser Victoria Stuart summed up the focus on youth when The Paddle League chatted to her post-race.

“The future looks very bright with these kids. Brianna Orams (16 years old) has just grown stronger with every race this season and is a credit to the sport. With a smart head on her shoulders, that girl has a very bright future both on and off the water.

“Maddie McAsey (14) and Ella Maguire (13) completed the 10km junior race in record times, both stepping up to attempt that distance for the first time. Oscar Murrell (16) ended up winning the Boys U17 despite breaking a paddle and doing it prone for much of the race. He was followed four minutes behind by Josh Bilyard (16) on a 12’6 board he designed and built himself, while Fergus Dunlop (13) was also impressive.

“There is some real talent and dedication coming through in the younger generation of Kiwis, including Ollie Houghton (18) who picked up a pair of fourth-place finishes behind the three internationals.

“The challenge now is to ensure we generate good pathways for them to achieve their goals in the sport. I think New Zealand has a bit of a reputation as a sporting nation that breeds World Champions, and Annabel has started a legacy that will hopefully encourage many more young women and men to step up and do their country proud.”

The Hoe Toa event also featured flat water open races to encourage the first timers to get on the water, while the weekend finished with a beach clean up at iconic Orewa where teams competed to collect the biggest haul.

In addition to being the key selection event for New Zealand’s ISA campaign, the Hoe Toa Paddle Championships was also part of The Paddle League pre-season series. The League now turns its attention to the World Tour, which begins on April 7 in the island paradise of Tahiti before continuing on to the mighty Carolina Cup on April 21. 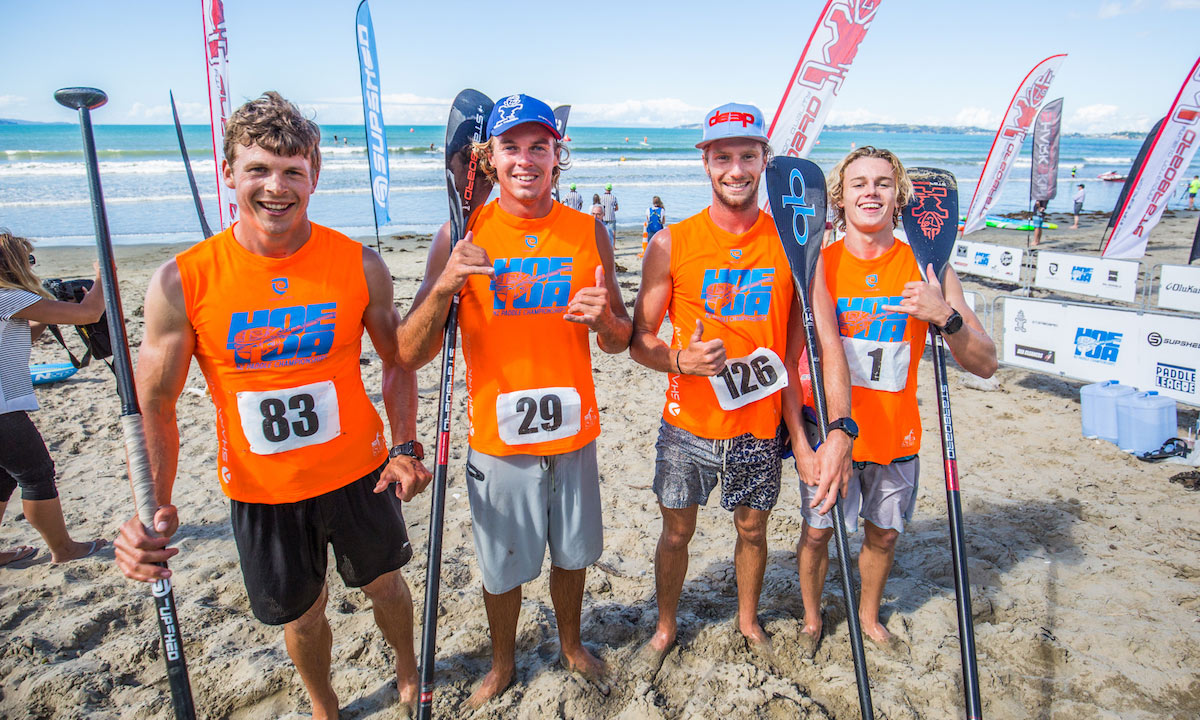 For more news on the Paddle League, click HERE.