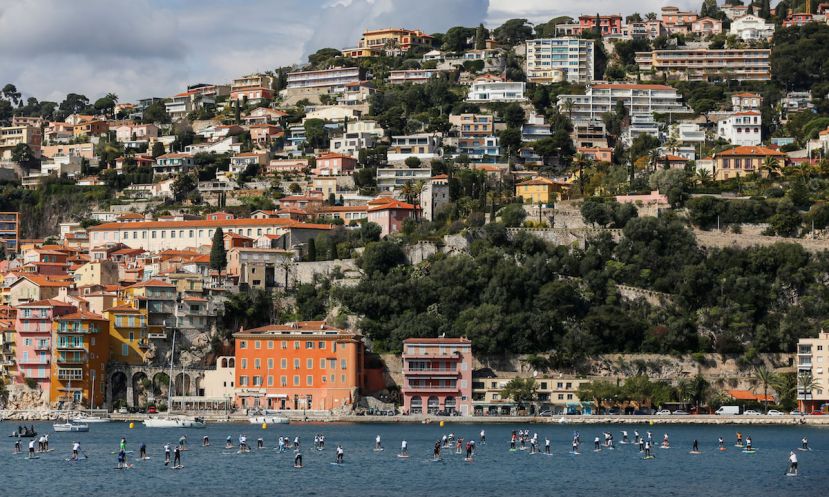 FRENCH RIVIERA, France - The famous French Riviera hosted the inaugural Villefranche Paddle Race in style on the weekend, with a solid swell turning the usually placid Mediterranean Sea into a Salt Creek-style arena for a race that won’t be forgotten any time soon.

The Paddle League pre-season event, which was also part of the French Cup series, enjoyed perfect weather and rarely-seen 4-5ft waves as some of France and Italy’s finest battled for the points in the postcard-perfect Bay of Villefranche.

An iconic location for paddling

Considered one of the most beautiful bays in the Mediterranean, the iconic Villefranche is a dream destination for paddling, and the event took full advantage of the location by hosting half a dozen races for all levels including everything from a 15km marathon to the the 300m Hobie Kids Race.

Conditions started out perfect for the distance race before strong winds turned the Bay into a challenging cauldron of bumps and backwash going in all directions.

After a fast start from Italy’s Olympic windsurfer-turned-EuroTour stalwart Federico Esposito (Team Infinity), Martin Vitry pulled clear in the small sidewind/downwind bumps to win by more than a minute.

2018 GlaGla Race champion and prodigious talent Tom Auber (Team Fanatic) could only manage third, which once again highlights the depth of talent in Europe these days, while Denis Llorens and Paul-Conrad Delaere rounded out the top five with solid performances.

But the real highlight of the weekend was the beach race... 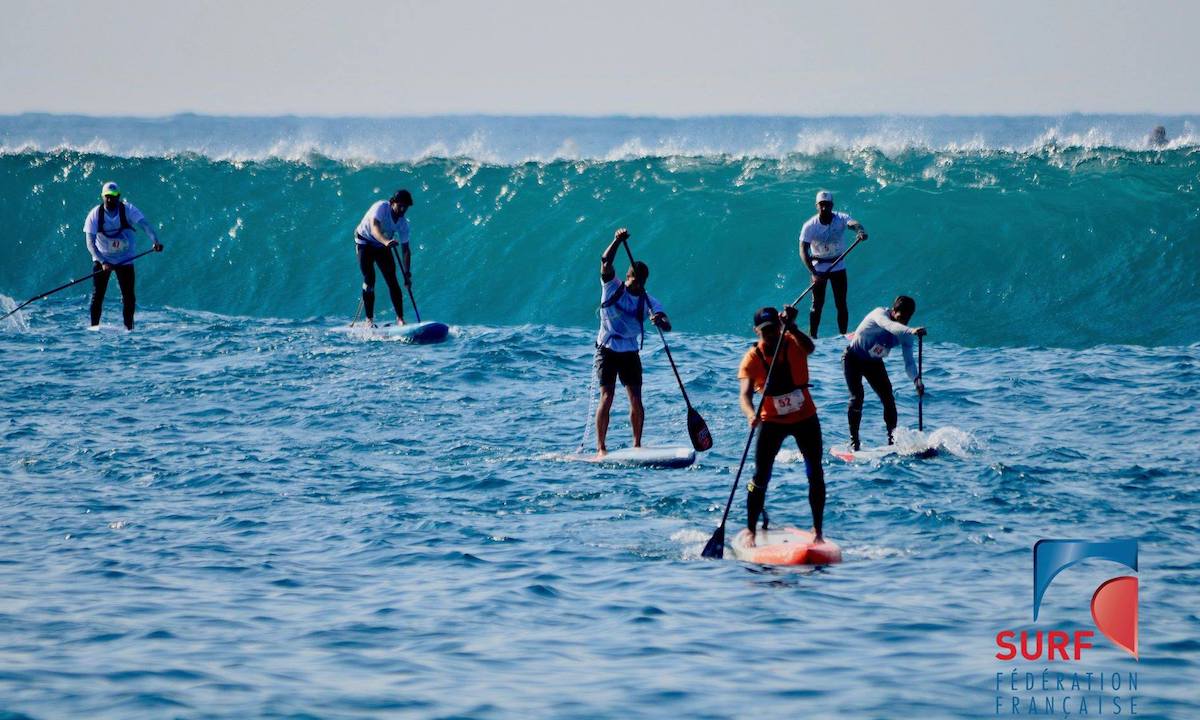 While France is a famous surfing nation, that action all takes place on the country’s west coast. The Mediterranean Sea in the South usually resembles a giant lake, but not this weekend.

Despite light winds and an even lighter surf forecast, the secret surf spot of Villefranche-sur-Mer surprisingly roared into life on Sunday morning as 5ft+ sets rolled through the outside leg of the course. The scene wouldn’t have looked out of place at Salt Creek or in Hossegor.

Race director and top French athlete Martin Letourneur (who decided to organize the Villefranche event after being sidelined with a shoulder injury) designed a challenging course that included several turns, a beach run and a solid leg in-and-out through the outer reef where the sets were bombing.

Fueled by his success in Saturday’s long course, Martin Vitry hammered through the break and caught a wave that gave him a substantial lead he would hold until the finish. The clean sweep will give the SIC team rider solid confidence heading into the international series, where he’ll be one of half a dozen Frenchman realistically vying for a top 10 finish on The Paddle League World Tour.

In the battle for the runner-up spot, Tom and Federico battled once again and were separated by just five seconds after almost an hour of paddling, while Paul-Conrad showed his dark horse credentials to finish an impressive fourth. Young gun Yanis Maire rounded out the top five for the home team. 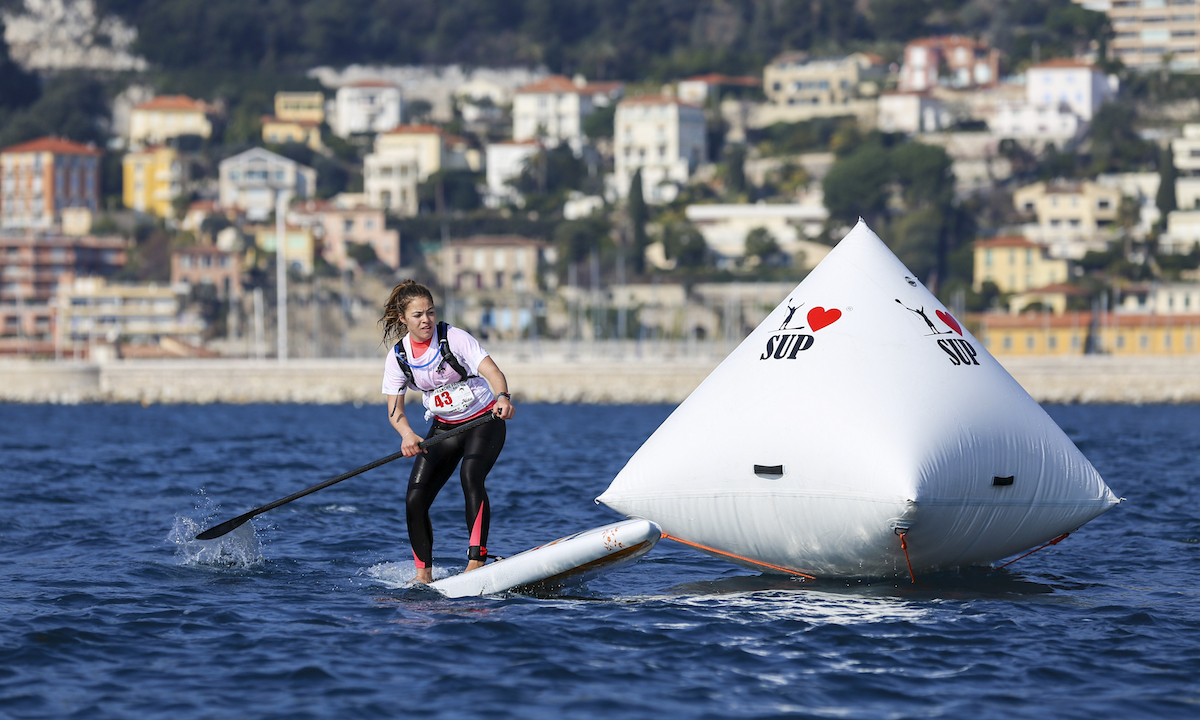 Disappointed by her second place finish in the 15K race, Ines Blatge bounced back to claim a solid win in the waves and claim the overall Villefranche Paddle Race title in the process. Italy’s young champion Chiara Nordio (Team 404) snuck ahead of Fanny into second spot on the podium to avoid a tie-breaker.

Outside the podium, the play of the day was definitely claimed by Loic Cros who was caught in the wrong spot as one of the biggest sets of the day swept through the lineup. Loic is totally deaf (he’s the national handi-SUP champion) and didn’t hear or even notice the six foot wall of water bearing down on him until it was too late, though as a consolation he certainly scored the most-viewed photo of the event.

Building the future of SUP with the Hobie Kid’s Race

On Sunday afternoon, a dozen stoked groms aged 8 to 14 participated in the Kids Race sponsored by Hobie. The pint-sized showdown went down right in front of the main event site just before the awards ceremony, which gave the kids centre-stage spotlight and provided the assembled crowd with an entertaining finish to the event. The youngsters showed impressive skills around the course, with the trio of Hugo Babillon, Jules Umani and Theo Croisier in particular earning the “future name to watch” tags.

Race director Martin highlighted the focus on the kids race when he told us: “We don’t really pay enough attention to the kids in France, so I wanted to help create a fun, safe race format for them to compete and enjoy. Hobie Cat Europe helped us a lot by providing the boards, paddles, leashes and PFDs for each kid. In the end, every one of them got a medal and a prize for their performance no matter where they finished.”

While this was only the first edition of the Villefranche Paddle Race, the event has clearly put itself on the map with a combination of epic conditions and enthusiastic organisation from the athlete-led event management team. Pencil it in on your 2019 calendar... 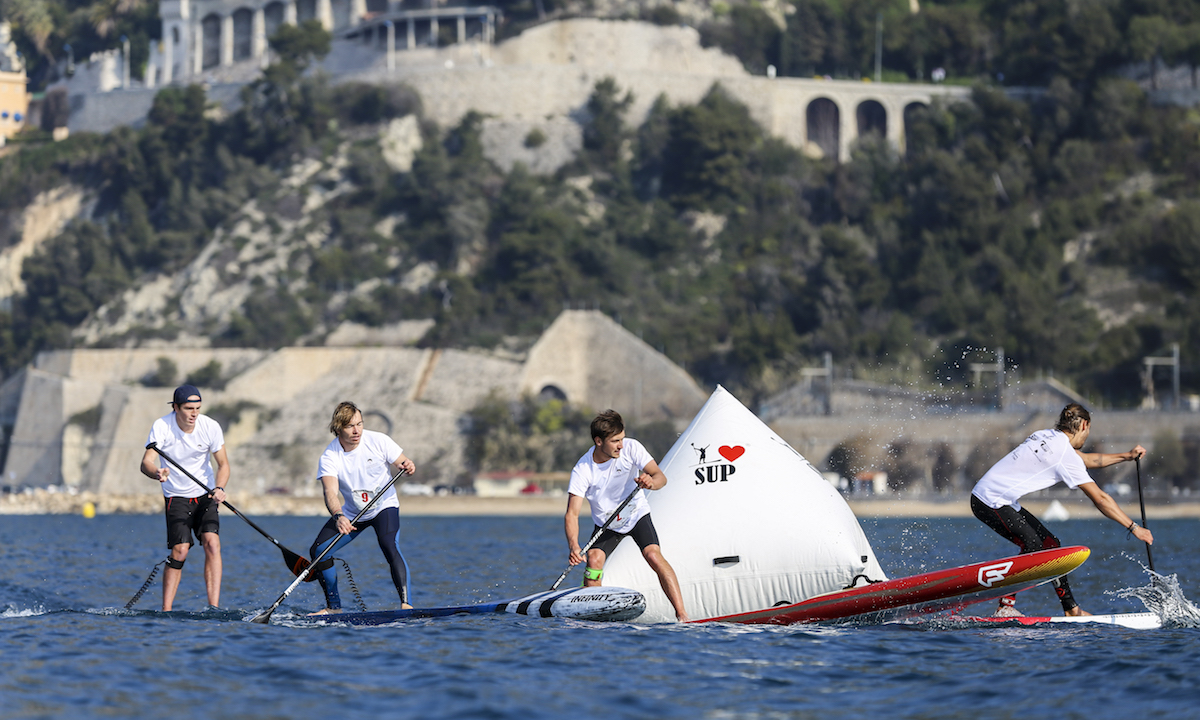 For more news on the Paddle League, click HERE.

More in this category: « Fiona Wylde Dishes on the State of The SUP Industry National Titles Awarded at Hoe Toa Paddle Championships »