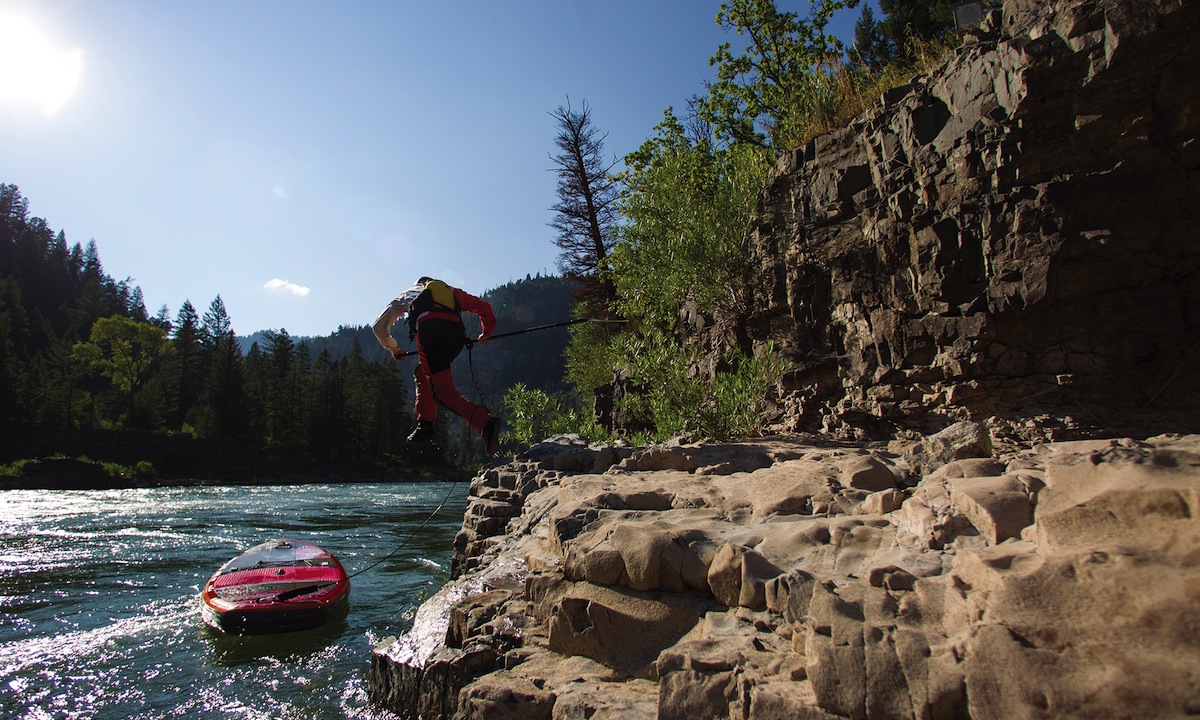 Make sure to attach your leash to a rescue belt attachment rather than your ankle. | Photo: Greg Vondoersten

HOOD RIVER, Oregon - Stand up paddling on the river is tough. It’s one of the most technical avenues of paddle boarding and there are a lot of mistakes that rookies, and even sometimes experienced paddle boarders make. Here, pro stand up paddler and SUP river expert Dan Gavere lists some of the top mistakes made by river SUP rookies. Check it out:

1. Leash around the ankle

Do not attach your leash around your ankle. Use a rescue belt attachment and have it inspected and approved by a whitewater professional and even more importantly use the partial overlap technique. The partial overlap technique is a technique I invented and have been teaching for over eight years. It's very easy and can be done with any leash with velcro attachments. The technique is simple; Rather than fully attaching the leash velcro with multiple overlaps you only partially overlap the velcro so that it can break free under load. This will ensure that the leash can release from the board and if the paddler is unconscious, has a broken arm, or the leash was already released from waist belt but somehow got caught up again on paddler. Better yet is to use partial overlap at both rider and the board attachments. 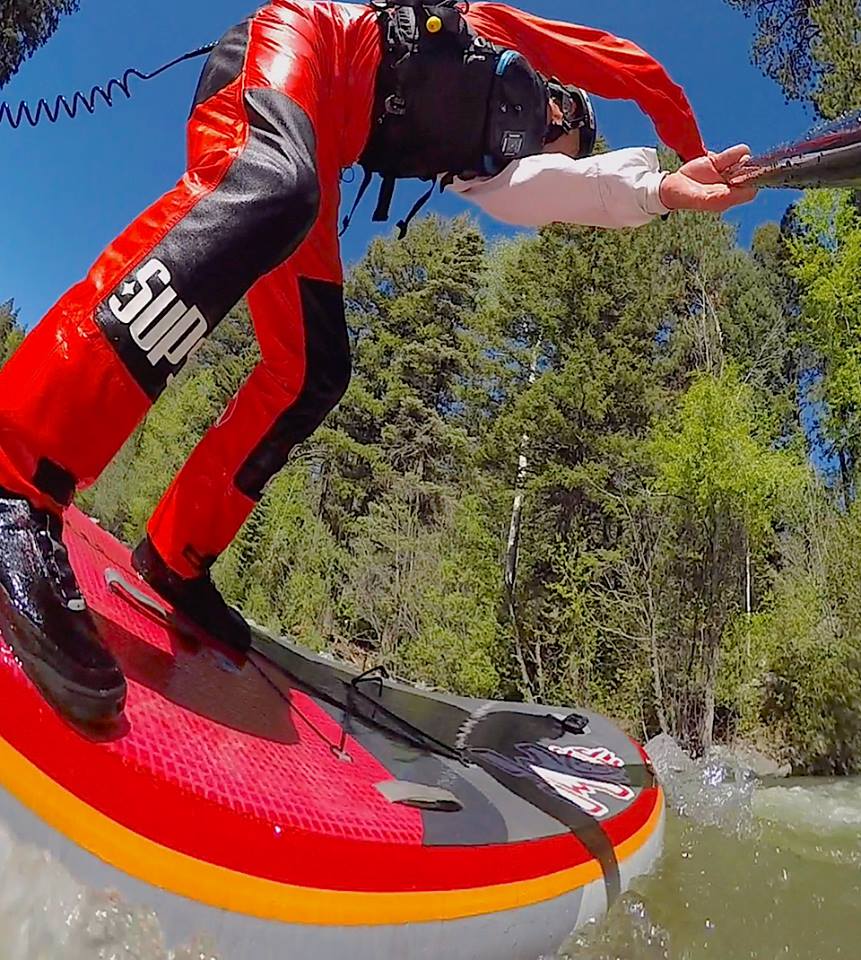 A lot of times I’ll see rookies standing with their feet side-by-side. Switch it up and use a staggered stance so you have front to back as well as side to side balance. Not a surfing stance with both feet on the stringer line of the board, but offset with either a goofy or regular stance to get the most stability.

Always make sure to wear shoes on the river and don’t stand up in the current. Being barefoot in the river is a great way to smash your feet. Ouch! Even ocean style surfing booties don’t provide enough protection against sharp rocks. The best shoes on the market in my opinion are definitely anything from Astral and I recommend the Hiyaks.

Stand up paddling on the river can definitely be rough. With rapids, rocks, and other hazards on the river you always want to make sure to wear knee and shin pads so you don’t break your knee cap in half or smash your shins onto rocks, which is likely to happen when learning because you will be falling. And always wear a pfd!

Take a lesson and don’t try to muscle through it on your own. It’s a game of efficiency and using the flow of the river to get where you need to go. 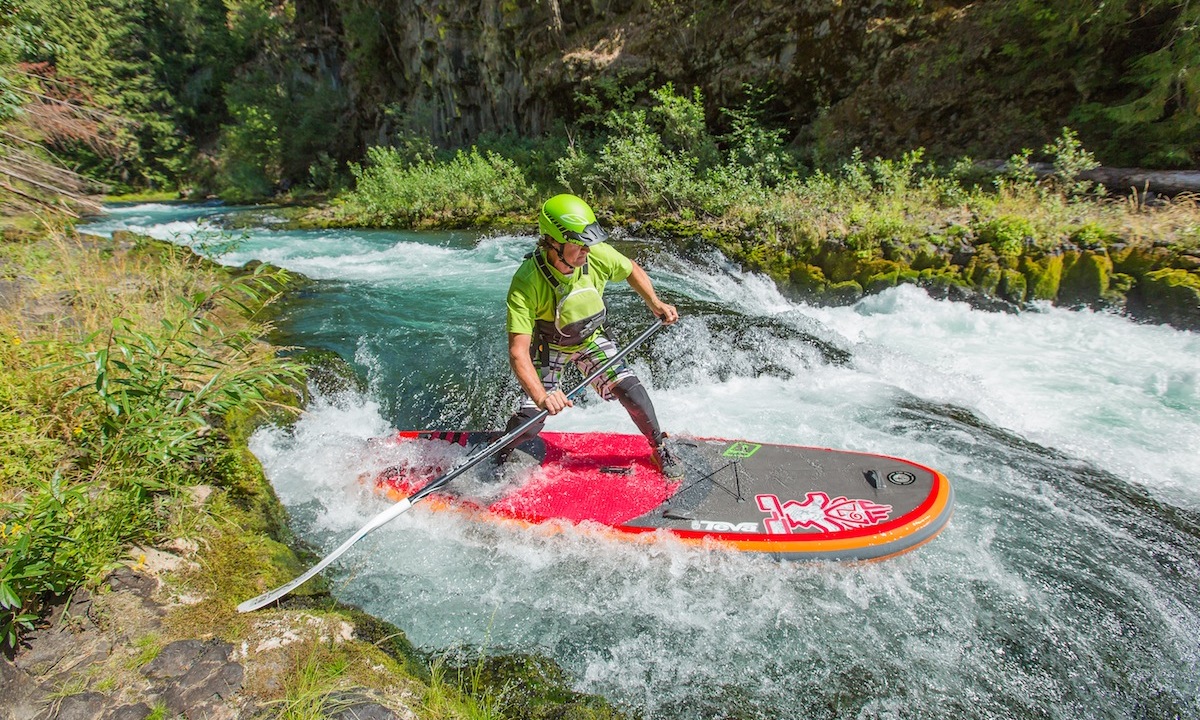 Helmet, kneepads and pfd's are just some of the protective gear you should be wearing when paddling on the river. | Photo: Jennifer Gulizia / Gorge US Photography

6. Standing too far back on the board

Don’t stand too far back on the board because it forces you to lose a lot of stability. Let the nose rocker do its job and stand in the middle of the board.

Don’t ever try to fight the current! Fighting the current can cause you to loose a ton of energy very quickly. Go with the flow of the current and if it wants to turn you right keep going all the way around to the right rather than fighting against the current to go left.

8. Not using the nose draw stroke

A big mistake rookies make on the river is not utilizing the nose draw stroke. The nose draw uses the power of the paddle at the beginning of the stroke to turn the board towards the same side that you’re paddling on. Place the paddle two or three feet from the nose of your board with the blade parallel to the rail of the board and pull laterally. Then, trunk the blade perpendicular to take a normal forward stroke. This is also known as a bow draw in kayaking and canoeing and is the single most effective stroke for whitewater and the gateway to paddling finless. So, make sure to learn the nose draw stroke and master it in the staggered stance. 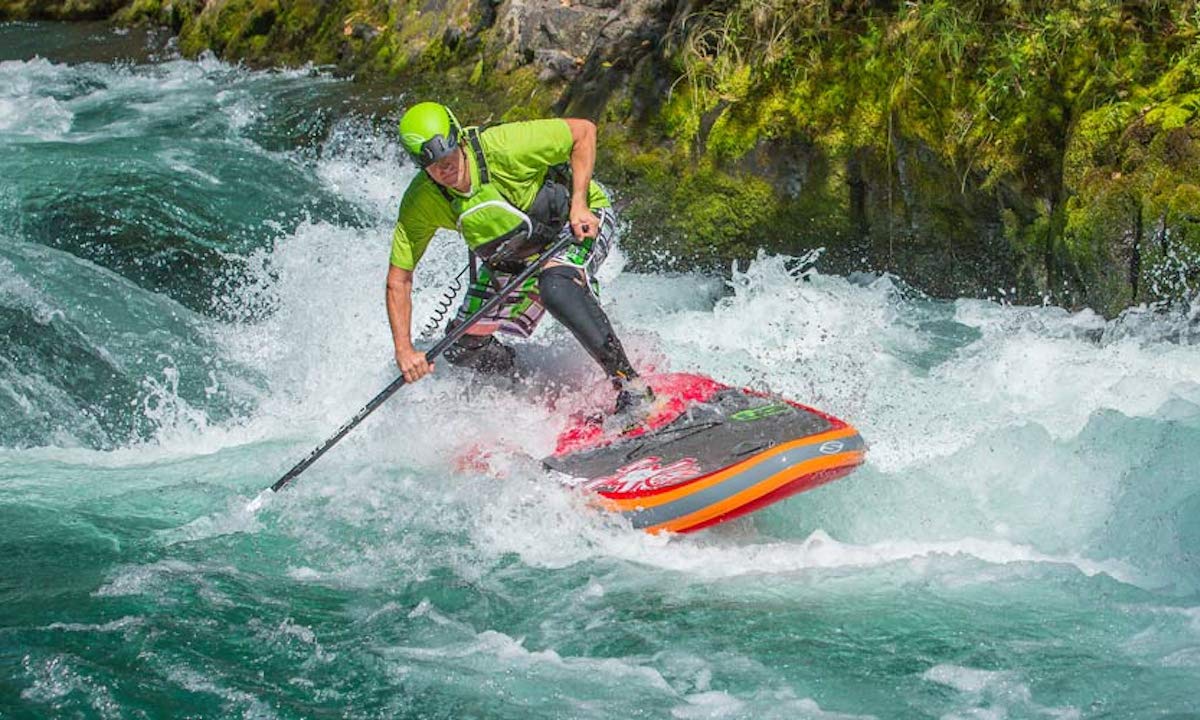 Many times rookies will use big fins on their boards. This is a big no no. Don’t use huge fins because they catch the subsurface currents and make turning quickly or predictably very inconsistent. My rule of thumb is anything below 1000 cfs, don’t use fins at all or use very small 2.5 inch or smaller fins. Four 2-inch fins are way better than one 8-inch fin. Having a quad fin setup are the best for rivers. Single center fins hit excessively and make tilting the board to avoid a rock strike way more difficult. Starboard Dan Gavere Stream sidebite fins and center River PH fins are my recommendation for fins to use. 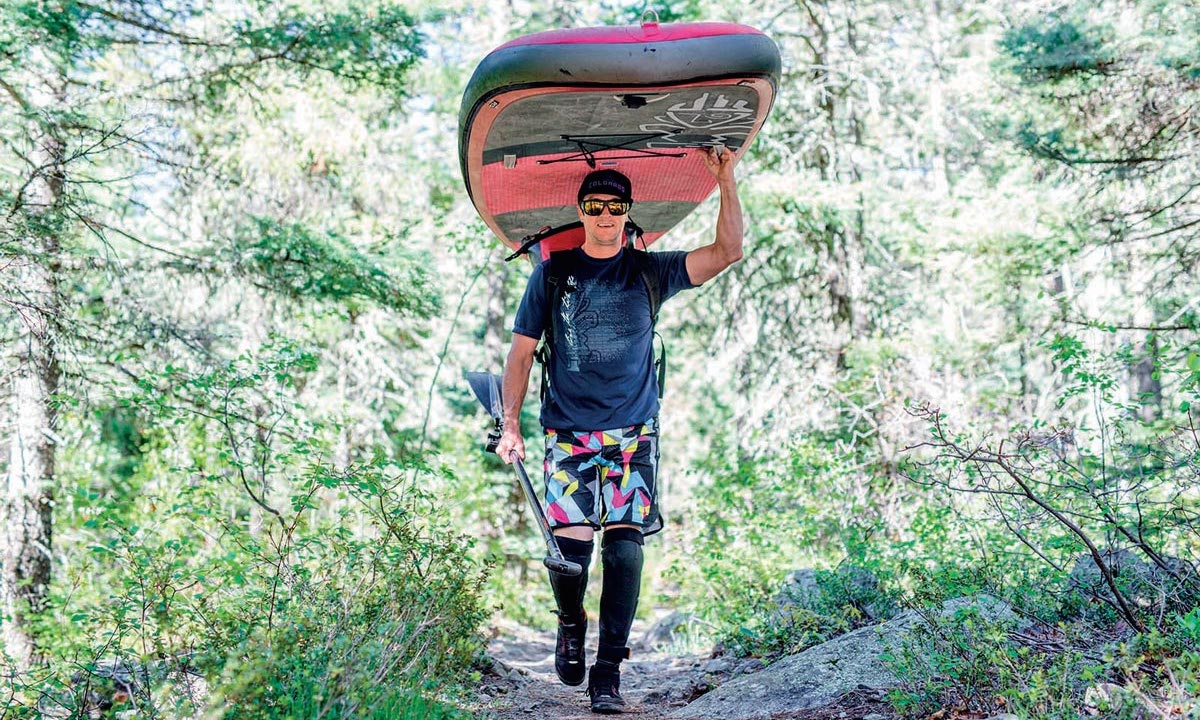 So there you have it. Some of the top mistakes that stand up paddle rookies make on the river. Have you made any of these mistakes? Tell us all about it in the comments below!

Oregon, USA - Dan Gavere is a stand up paddle boarding river Pioneer. As a world class kayaker Dan easily made the transition to stand up paddling and led the way for getting the sport on the river. Dan is also the talent and producer of the Ultimate Guide to Stand Up Paddling.

Website: www.dangavere.com/ Email This email address is being protected from spambots. You need JavaScript enabled to view it.

More in this category: « How To Install Side Bite Fins On A SUP 6 Ways To Help Speed Up Recovery While You Are Injured »